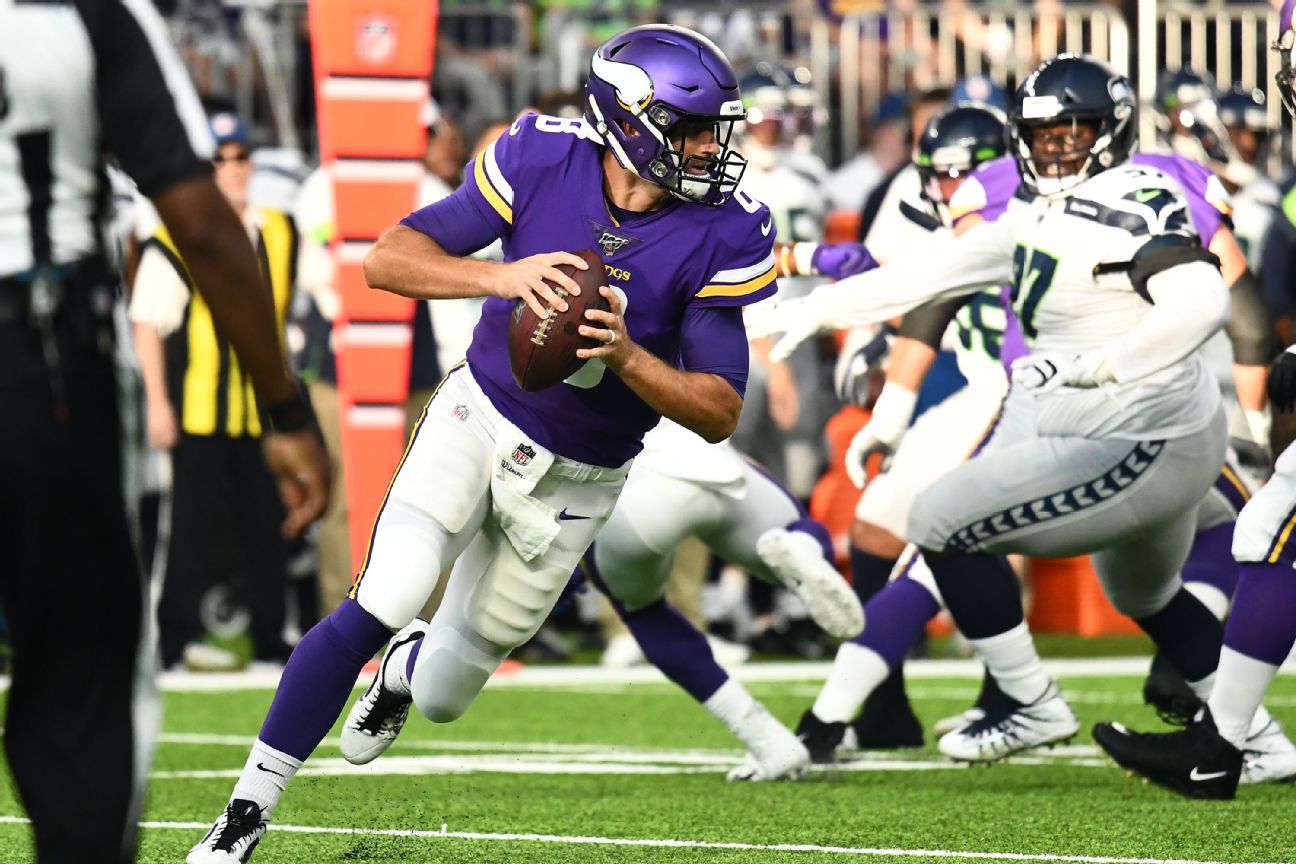 So, how much excitement did Baltimore create on offense this offseason? The Ravens made only one significant free-agent addition, but they did bring in some young players to an already-young attack.

Here’s a position-by-position breakdown of the supporting cast around the reigning NFL MVP and whether it’s better, worse or the same going into the 2020 season.

Better, worse or the same? Better.

Ravens wide receivers totaled 1,419 yards receiving last season, the fewest for that position since the 2011 Jacksonville Jaguars. Instead of pursuing a veteran free-agent like Emmanuel Sanders or drafting Clemson’s Tee Higgins in the first round, Baltimore chose to wait and add two of the most prolific pass-catchers in college football (Duvernay and Proche combined for 217 receptions last season). This will be an extremely young group after parting with Roberts, who will be remembered for his critical drop in the playoff loss to the Tennessee Titans.

It can be argued the Ravens’ wide receivers will be better solely because of Brown, last year’s first-round pick. After showing flashes as a rookie, the expectations have been raised after he had a screw removed from his foot this offseason. Brown suddenly has become the most hyped Ravens player not named Lamar Jackson.

“I think last year, all of us, to a man, were saying, ‘Wow, once ‘Hollywood’ has an offseason — a real offseason — wow, that’s going to be something.’ So, I think we are going to see that this year,” offensive coordinator Greg Roman said. “I really think he’s had a great offseason, physically, and [I’m] very excited about what that looks like this year. [I] can’t wait to get the ball rolling.”

Better, worse or the same? Better.

The Ravens made the surprising move by drafting Dobbins with their second pick in this year’s draft after returning the same backfield that set the NFL record for most rushing yards in a single season. Baltimore couldn’t pass on its highest-rated running back in the draft sitting there near the bottom of the second round.

Dobbins, the first 2,000-yard rusher in Ohio State history, played in essentially the same type of offense in college and can help Baltimore immediately by sharing the workload with Mark Ingram, who is coming off a Pro Bowl season in his first season in Baltimore. By bringing in Dobbins, the Ravens have the deepest backfield in the league.

The biggest concern is how Roman will divide up the touches. “I love problems like that,” Roman said. “I mean that sincerely.”

Better, worse or the same? Worse.

Baltimore traded Hurst, who was drafted by the Ravens in 2018 before they selected Jackson, to the Atlanta Falcons this offseason in a deal that essentially brought Dobbins to the Ravens. Hurst wanted to go to a team where he could have a bigger role after Mark Andrews had established himself as Baltimore’s top tight end.

Baltimore still has a solid group in Andrews, who led all tight ends with 10 touchdown catches last season, and Boyle, one of the top blocking tight ends in the game. Ricard, a Pro Bowl fullback, is basically another tight end, as well. The bottom line here is the Ravens aren’t as strong at this position because they’re replacing Hurst, who had the third-most receiving yards (349) on the team in 2019, with an undrafted rookie.

Better, worse or the same? Worse.

The Ravens undoubtedly are going to take a step back after losing Yanda, the best interior offensive lineman in franchise history. The void at right guard can be minimized if Fluker, a seven-year NFL starter who was Baltimore’s only notable free-agent addition on offense, has anything left or if one of the young unproven blockers (like Powers, Phillips or Bredeson) step up.

“The opportunity is there, and somebody has to grab the brass ring and go for it,” Roman said. “Not just one, but multiple guys, because you can never have enough, really, in that interior offensive line, where things happen so quick, and continuity does matter, because guys are working together with all that quickness down on the inside. It’s going to be a competition, a process, a day-to-day process, and I like where we are at.”

The other issue is the health status with Skura, last year’s starting center who’s ahead of schedule in his rehab from knee surgery but likely won’t be 100 percent when training camp opens. The only certainty here is Stanley and Brown, two Pro Bowl players, will bookend at the tackle spots and Bozeman will start somewhere in the interior (either left guard or center).

Better, worse or the same? Same.

The top three quarterbacks return from last year’s team, including the NFL’s All-Pro one. If Jackson develops more as a passer, you can contend that this position is even better. Griffin is the most experienced passer on the team, but he was up-and-down last season in limited action. Baltimore could get more out of this group if McSorley, a sixth-round pick from a year ago, can be active on game days as a special teams player (think Taysom Hill).