Capping off an offseason filled with honors and accolades, Baltimore Ravens quarterback Lamar Jackson ranked No. 1 in The NFL Network’s Top 100 players of 2020.

As training camp begins, the reigning NFL MVP carries a different distinction, ranking 589th in the league — in base salary. Over one-third of the NFL, or essentially the amount of players it takes to field 11 football teams, make more money than Jackson, who will earn $1.341 million this season.

Kansas City Chiefs quarterback Patrick Mahomes recently signed a 10-year extension worth up to $503 million — the richest-valued contract in American professional sports — after his third NFL season. Jackson, who is entering his third season, could be nearing a similar premium payday.

So, what crossed Jackson’s mind when he heard about Mahomes’ deal?

“My reaction: I’ve just got to win a Super Bowl,” Jackson said. “I don’t really focus on what he has going on, because I’ve still got to prove myself. When that time comes, then we can negotiate after the Super Bowl. But until then, I’m focused on winning right now.”

Jackson’s response was a familiar one, albeit genuine, according to those close to him.

Minutes after being drafted by the Ravens, Jackson said: “They’re going to get a Super Bowl out of me.”

Last year, when coach John Harbaugh brought up on the sideline how Jackson will inspire kids for the next 20 years, Jackson replied, “But right now, I got to get to the Super Bowl.”

“[Mahomes’ contract] hasn’t crossed his mind at all,” said Joshua Harris, Jackson’s personal quarterback tutor. “I know it sounds cliche, he really is focused on winning a Super Bowl. I’m saying that as someone who has personal conversations with him. That’s where his mind goes behind the curtains. That is really him.”

Jackson gives the Ravens an added advantage toward winning the Lombardi Trophy because he is the best bargain in football. He doesn’t account for 13% or more of the salary cap like Russell Wilson, Jared Goff and Jimmy Garoppolo. Jackson’s $2.58 million cap hit represents 1% of Baltimore’s salary cap and is easily the lowest by a reigning NFL MVP over the past two decades, according to ESPN Stats & Information research.

Baltimore can spend more on Jackson’s supporting cast and on defense because he doesn’t absorb a huge chunk of the cap. The challenge arrives when franchise quarterbacks go from their rookie deals to NFL-record ones.

Entering 2020, there have been eight instances of a quarterback playing a season with a contract that averages $30 million per season. Just three of them reached the playoffs in that season, and the best finish was a loss in the 2019 NFC Championship Game by Aaron Rodgers, according to ESPN Stats & Information.

Baltimore understands the difficulty all too well. After making Joe Flacco the NFL’s highest-paid player in 2013, the Ravens reached the playoffs twice in six years (and Jackson spearheaded the one postseason run).

Jackson has two years remaining on his rookie contract, which is scheduled to pay him $1.771 million in 2021. What’s working against Jackson landing a big-money extension before his rookie deal expires is an expected shrinking salary cap next year and a group of five other Pro Bowl players who are also in line for new deals in Baltimore over the next two years (left tackle Ronnie Stanley, linebacker Matthew Judon, cornerback Marlon Humphrey, tight end Mark Andrews and right tackle Orlando Brown Jr.)

The Ravens have the flexibility of playing a waiting game with Jackson, whose game is much different than Mahomes’. Jackson’s strength is his speed and elusiveness. Mahomes beats teams with unbelievable arm talent, which doesn’t decline as sharply as mobility.

If the Ravens want to see how Jackson develops as a passer, they can keep Jackson in 2022 by exercising the fifth-year option, which would be equivalent to the franchise tag if Jackson reaches the Pro Bowl this season. The tag was worth $26.8 million this season. Baltimore could then use the exclusive franchise tag on Jackson the following season.

So, as far as Jackson’s second contract, it could come as soon as next season or get pushed back after the 2023 season.

“Right now, I’ve got to focus on winning,” Jackson said. “I can’t put [a new contract] on my mind. You’ve got to win first. If you’re not winning, then you won’t be worried about no $500 million either.”

Ravens officials always have been impressed by Jackson’s mindset and work ethic. This offseason has been no different.

Outside of Mahomes, no one has received more praise than Jackson this year. He was named the unanimous NFL MVP, was placed on the cover of Madden NFL 21 and was voted by his peers as the top player in the league. 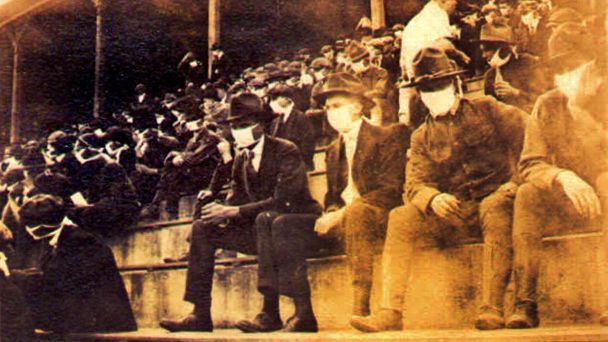 When Jackson reported to camp this past week, he didn’t carry himself as one of the best players in the game. He talked about wanting to improve his deep throws and reading defenses.

“He’s a realist,” Harbaugh said. “He understands what’s required and what he needs to do to take his game to the level that brings our team a championship. That’s his whole focus and goal. That’s what I always admire about him and why I respect him so much.”

The reality of Jackson’s financial situation is he has significantly outplayed his four-year, $9.471 million rookie contract. There are 28 quarterbacks who will receive a higher salary than Jackson this season, including 10 backups. Raiders No. 2 quarterback Marcus Mariota is scheduled to make $7.5 million in salary, which is five times more than Jackson.

But those who know Jackson don’t believe this will be a distraction. Why? It’s the competitor in him.

“He remembers the Ravens drafting him. He’s a loyal person,” Harris said. “So, what would be the ultimate thing to repay the Ravens? Winning a Super Bowl. [Contracts are] more of a ‘me’ thing, and he’s not wired like that.”