Manchester United have finally said farewell to Alexis Sanchez, bringing an end to a truly regrettable period in the club’s recent history.

It was confirmed on Thursday that Sanchez had completed his permanent move to Inter Milan on a free transfer, an underwhelming final act in one of the worst-ever signings at Old Trafford.

The transfer will bring to an end the Chilean’s hugely underwhelming two-and-a-half years as a United player, a full year of which was spent farmed out on loan at Inter.

Sanchez joined United from Arsenal in January 2018 in a much-heralded deal that saw Henrikh Mkhitaryan move the other way and has now become a cautionary case study over the wisdom of swap deals. The former Barcelona forward failed to make much of a significant impact despite the vast investment in wages worth around £400,000 a week before bonuses required to pip Manchester City to his signature.

All in all, he made 45 appearances for United, scoring five goals — just three of which came in the Premier League. Here are his highs and lows.

– Stream Serie A games on ESPN+
– Don’t have ESPN? Get instant access

Things started well as Sanchez was formally introduced as a United player while playing a stirring rendition of “Glory, Glory” on the piano.

You said you’ve joined “the biggest club in the world” @Alexis_Sanchez so it’s only right you start your #MUFC career in the biggest away dressing room in @SkyBetLeagueTwo*.

Sanchez was able to kick off his United career in style with an FA Cup fourth-round win at Yeovil Town, who went out of their way to welcome the Chile international by offering a glimpse of the luxurious glamour that lay ahead.


It took three games for Sanchez to open his account for United, scoring the second goal in a routine 2-0 win over Huddersfield Town in early February (but only after having to rectify his own fluffed penalty).

Later that same month, United were eliminated from the Champions League round of 16 in forlorn fashion with a wretched performance over two legs against Sevilla.

Sanchez played the full 90 minutes in both games but failed to score, making very little contribution from his station out on the left wing.


Sanchez went on to score just two more goals over the rest of the season, though one of which did come in United’s exhilarating 2-1 comeback win over Tottenham in the FA Cup semifinal.


Sanchez also enjoyed a little personal victory as he found himself on the winning side when United beat his former club Arsenal.


However, the good fortune didn’t extend to the FA Cup final as a single goal from Eden Hazard ensured that Sanchez and his United cohorts would ultimately end the season empty-handed.


The next season, 2018-19, it took Sanchez a full seven games to score his opening goal, though it was a 90th-minute winner against Newcastle United. 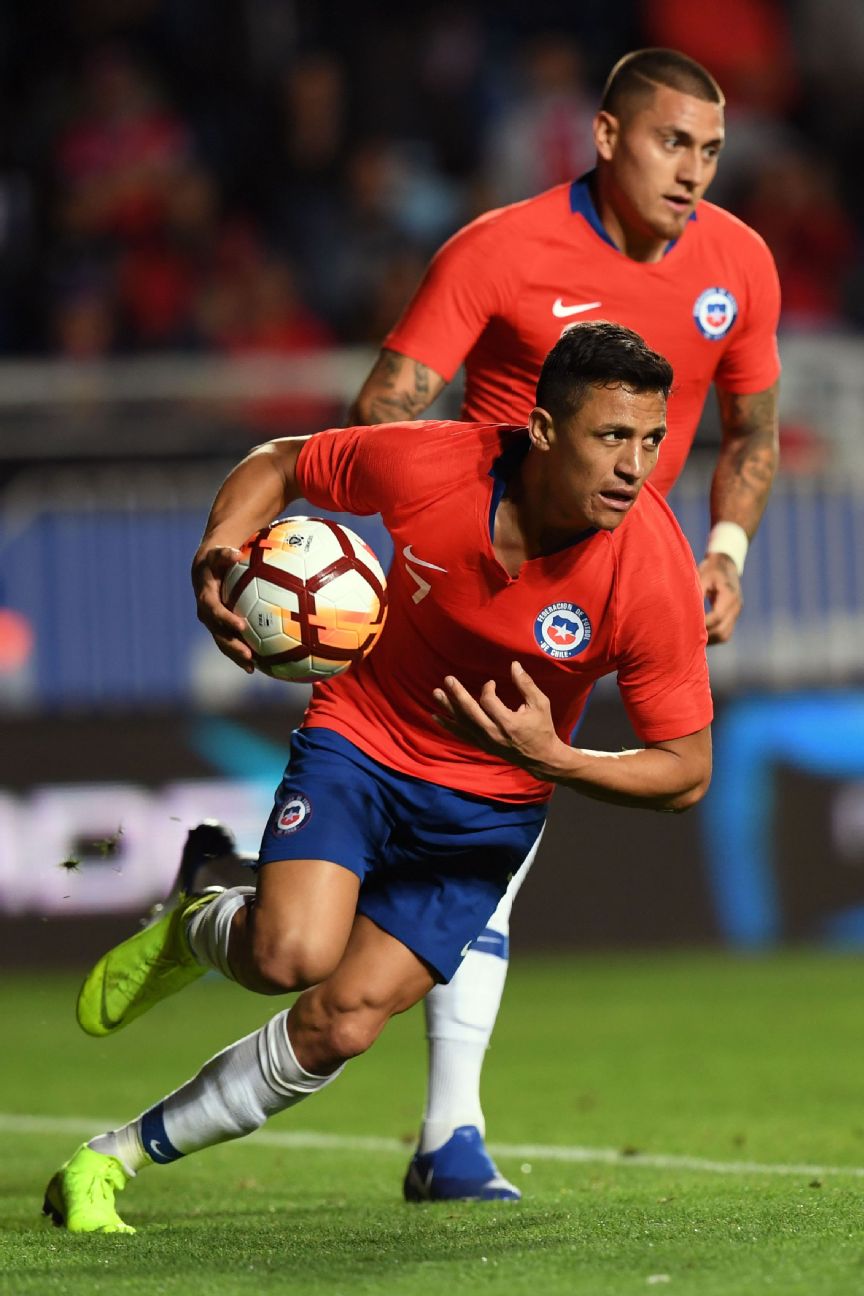 Things were looking up on the international front as he netted in both games for Chile over the course of the autumn international break.


Sanchez then embarked on an 11-match goalless slump which finally came to an end against — surprise, surprise — Arsenal in the FA Cup.

However, this proved to be Sanchez’s fifth and final goal in a United shirt as his season ended with another 12-game domestic drought. 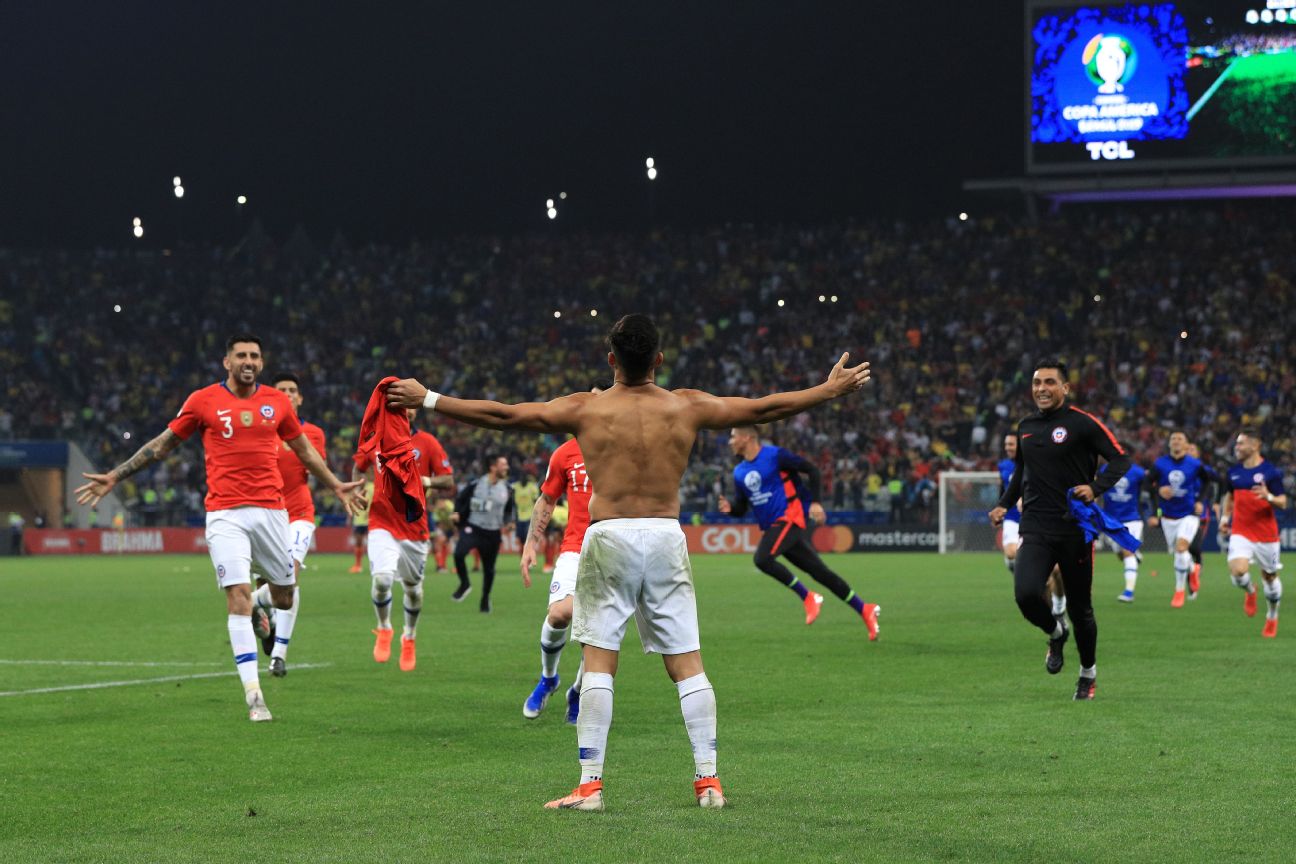 Thankfully, the 2018-19 campaign ended on something of an upswing as Sanchez scored a goal in each of his first two games at the Copa America, then netted the winning penalty in the quarterfinal shootout against Colombia.

Chile went on to finish just outside the medals after losing out to Argentina in the third- vs. fourth-place playoff match.


The next month, Sanchez joined Inter on a season-long loan having scored just five goals in 18 months at Old Trafford — matching the amount of yellow cards he received in a United shirt in the same period.

Sanchez got off to a predictably tumultuous start at the Nerazzurri too, both scoring and getting himself sent off against Sampdoria on his first start for his new club.

Things soon petered out again as Sanchez, hampered by an ankle injury and a subsequent lack of fitness that drew some criticism from coach Antonio Conte, went on a run of 16 games without scoring.

However, in recent weeks Sanchez has rediscovered something approaching his pre-United form, scoring three goals in his past 11 games as he has helped Inter reach the quarterfinals of the Europa League.

If Inter can progress to the final of the mini-tournament in Germany, they could face — you’ve guessed it: Manchester United. Now isn’t that a prospect?

On the evidence provided, things have definitely been a little more miss than hit for Sanchez since he left Arsenal. But if the footballing gods have an ounce of narrative awareness, he could be set for a date with destiny in Cologne on Aug. 21.