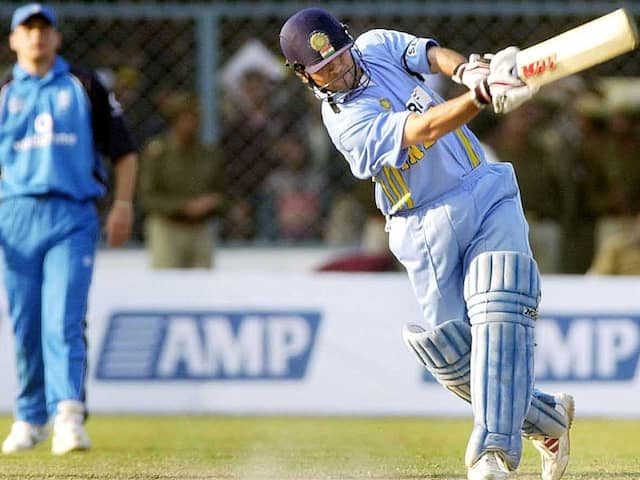 Sachin Tendulkar finished as the top run scorer in ODIs with 18426 runs.© AFP


On this day in 1994, legendary India batsman Sachin Tendulkar scored his maiden One-day International century after playing 78 games over a span of five years. It was on this day 26 years ago that Tendulkar amassed the first of his 49 ODI centuries in a match against Australia in Colombo, his 79th ODI match. The then-19-year-old right-handed batsman scored 110 runs off 130 balls in an innings when no other Indian batsman could cross the 50-run mark. His innings played a key role in the side’s victory in the match as India won by 31 runs.

Tendulkar was also awarded the Player of the Match award for his knock that was studded with two sixes and eight fours.

Tendulkar scored his maiden Test century before scoring an ODI hundred. At the age of 17 years and 112 days, he became the third-youngest batsman to score a Test ton.

Tendulkar took eight Test matches to bring up his first 100-plus score in international cricket, managing 119 not out off 189 balls in the fourth innings, helping India draw the game against England.

The knock also earned Tendulkar his first Player of the Match award.

The Mumbai-born player had an illustrious career in the game. Tendulkar made his debut in Test cricket on November 15, 1989. In the same year on December 18, he played his first ODI match.

Tendulkar is the highest scorer in Test cricket with 15,921 runs and 51 centuries, the most by any player.

Things are no different in ODI cricket as Tendulkar sits atop the list of most runs in this format as well.

Tendulkar represented the country in six World Cups during his career that lasted 24 years. He was the part of the 2011 World Cup-winning squad.