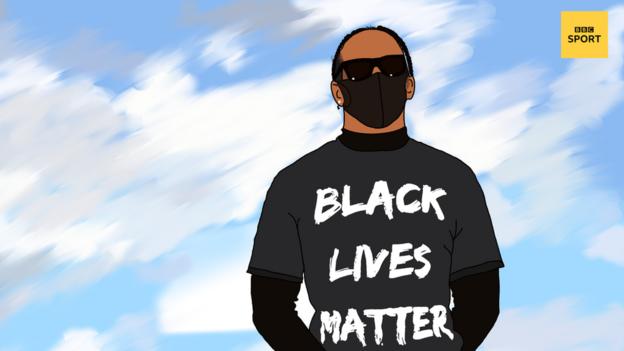 You might not know a lot about Formula 1, but you will have almost definitely heard of Lewis Hamilton.

A trainer enthusiast, a collaborator with Tommy Hilfiger, a feature on a Christina Aguilera song and an activist for so many important issues.

Hamilton may be one of the greatest British sportsmen of all time on the track – but off it, he’s a cultural mogul.

A global ambassador for fashion 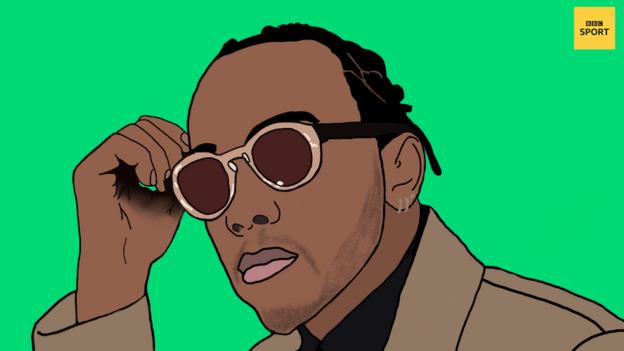 The 35-year-old is often decked out in some serious fits which, when you think about it, makes total sense. You don’t get to be a global ambassador for Tommy Hilfiger by slacking on the wardrobe front.

In recent years, there has been plenty of hype for streetwear brands worldwide, and Hamilton dons the latest.

Whether it’s Off-White, Supreme and Louis Vuitton, or Hilfiger’s very own collabs with Kith – Hamilton will flex it on the ‘Gram or get papped by reporters when he’s rocking it.

Hamilton is also a Puma athlete and hopes to one day bring out his own lifestyle sneaker, which brings us on to his incredible collection.

It spans not one but two bedrooms, and Hamilton admits that guests often have to clamber across an ocean of shoes to reach the bed.

Growing up, a lot of his spare money went into racing so what heat he was wearing wasn’t a major factor, but Hamilton still took pride in his footwear when he had saved up to buy them.

Speaking to Complex, he said he wouldn’t want to scuff up any new shoes as a kid, and he still has that approach now.

No creases around here.

‘My music has got pretty serious’ 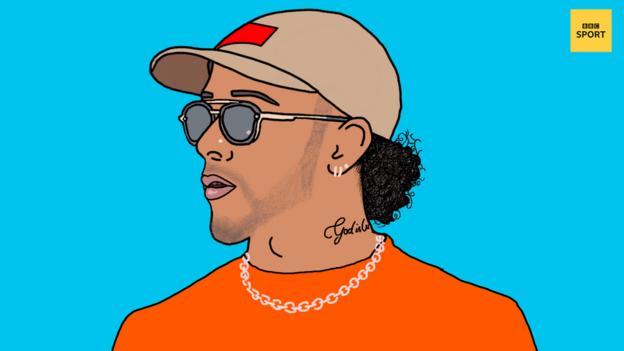 “Music is one of the most important things in my life.”

Well, when you’ve played your tracks to the likes of Kanye West and Pharrell Williams and they give you the seal of approval, it’s safe to say you’re pretty certified.

Hamilton hasn’t kept his love of music a secret, telling CBS the hobby has now got “pretty serious”, but there was one thing he did keep well under wraps.

You know XDNA? The previously unheard of artist appeared on Christina Aguilera’s track Pipe in 2018 and it was rumoured Hamilton was the singer. At the time, he refused to be drawn on it.

Fast forward to 2020 and the F1 star revealed on Instagram that it was indeed him. 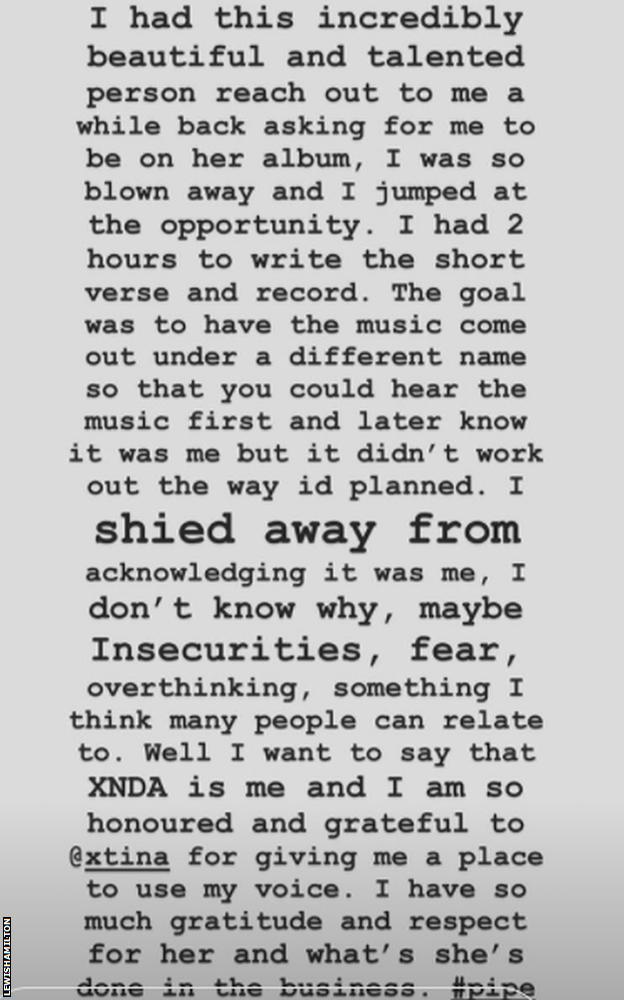 ‘Being the first black anything is a proud and lonely walk’ 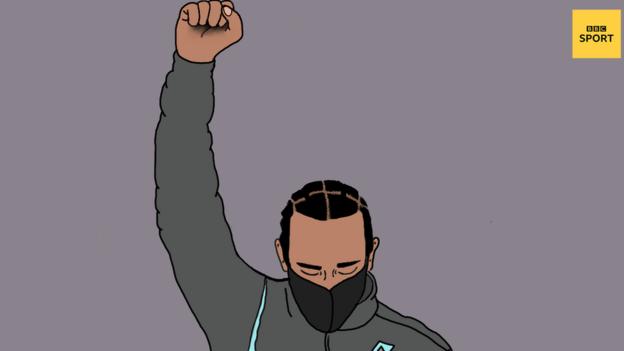 Long gone is the time Hamilton was just recognisable in the realm of F1 – he’s now a sporting icon, and with that his stance on a number of world issues has been thrust on to the global stage.

Hamilton is the only black driver to have smashed through the upper echelons of a predominantly white sport, a situation he is striving to change.

He has heavily backed the Black Lives Matter movement, but it’s not just wearing T-shirts and social media posts.

In June, he said he was setting up the Hamilton Commission in collaboration with the Royal Academy of Engineering. It will explore how motorsport can be a vehicle to engage more young people from black backgrounds with science, technology, engineering and mathematics.

The commission will also look to tackle a lack of role models in the industry.

And Hamilton said when announcing the commission that it would attempted to break down “barriers that prevent people from more diverse backgrounds joining the racing industry, and problematic hiring practices that result in fewer black graduates entering engineering professions”.

Racism is an issue Hamilton is all too familiar with.

Speaking to the Times in June, he said the racing community had never treated him the same as other drivers who don’t look like him.

“Even now, the media ask me different questions than they do my competitors and make accusations directly and indirectly – you’re not British enough, not humble enough, not loved enough by the public.

“Being the first black ‘anything’ is a proud and lonely walk.”

Hamilton is also vocal on environmental issues, which on the surface seems contradictory for an F1 driver.

Earlier this year, he made multiple Instagram posts outlining his stance, saying the “extinction of our race is becoming more and more likely as we overuse our resources” and “the world is a messed-up place”.

After a bit of backlash, he defended himself publicly at the Mexico Grand Prix.

“I’m trying to make sure that by the end of the year I’m carbon neutral,” he said.

“I don’t allow anyone in my office, but also within my household, to buy any plastics. I want everything recyclable, down to deodorant, down to toothbrush, all these kinds of things.

“I’m trying to make as much change as I can in my personal space. I sold my plane over a year ago. I fly a lot less now. I’m trying to fly less through the year.”

He’s the biggest name in Formula 1, one of Britain’s best sportsmen, a lover of music and fashion and one of the most outspoken athletes when it comes to making a change in the world.

Lewis Hamilton is a true icon.