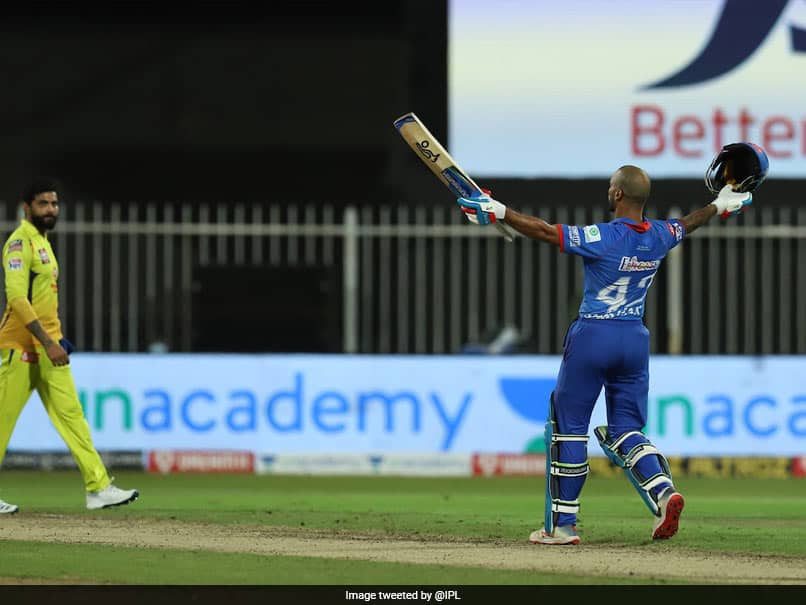 
Saturday’s double header saw two thrilling games with Royal Challengers Bangalore and Delhi Capitals taking two points each against Rajasthan Royals and Chennai Super Kings respectively. In the afternoon game, AB de Villiers’ masterclass helped RCB chase down 178 runs with two balls to spare. Virat Kohli-led RCB remain on the third place. In the second game of the day, Shikhar Dhawan slammed his maiden IPL century to guide Delhi Capitals to their seventh win in this season. With the win, Delhi Capitals have displaced Mumbai Indians at the top of the points table.

SunRisers Hyderabad, who will be in action on Sunday against fourth-placed Kolkata Knight Riders, are at fifth place on the table.

CSK, after suffering a five-wicket loss in Sharjah, remain on sixth place on the points table.

Rajasthan Royals are seventh and Kings XI Punjab, who will have their task cut out on Sunday against Mumbai Indians, are at the bottom of the table.

Kagiso Rabada picked up a wicket against CSK as he consolidated his position at the top in race for the Purple Cap on Saturday.

The race for the Orange Cap saw little movement during Saturday’s double header. KL Rahul is the leading run scorer this season with 448 runs from eight games while his Kings XI Punjab opening partner Mayank Agarwal is behind him with 384 runs.

Faf du Plessis with 365 and Shikhar Dhawan with 359 runs are third and fourth in the list of highest run getters this season.