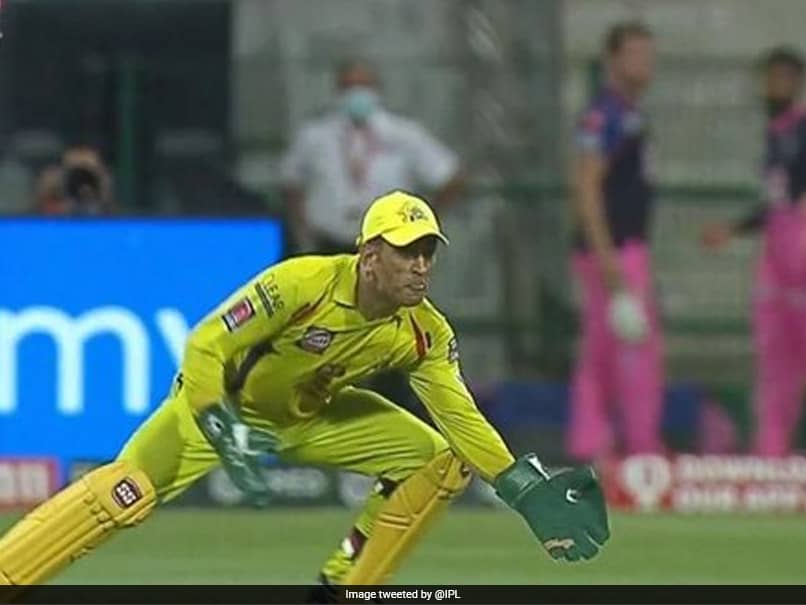 
MS Dhoni, playing his 200th Indian Premier League (IPL) match, showed that he still has the reflexes and fitness that has seen him considered among the best wicketkeepers to have played cricket. During Chennai Super Kings’ 7-wicket defeat to Rajasthan Royals, Dhoni may have struggled with the bat, but showed that no one can question his presence behind the stumps. After CSK struggled their way to 125/5 after choosing to bat first, they suddenly had Rajasthan Royals under the pump with the early wickets of openers Ben Stokes and Robin Uthappa. Sanju Samson, who had scored a match-winning half-century against CSK earlier in the season, was at the crease and Deepak Chahar fired a length ball across him. Samson tried to tickle it down to the fine leg boundary, but MS Dhoni wasn’t having it.

The former India captain was quick to dive to his left, before taking a one-handed catch, managing to grab the ball in the webbing of his left glove, reminding the world of his vintage self.

Oh my god! What a Catch by Thala Dhoni.

Despite the catch putting the Royals in a sticky situation, captain Steve Smith and Jos Buttler managed to navigate their way through a tough surface and some good bowling to see their side home with more than two overs left.

Buttler hit an unbeaten 70 as the two put on a 98-run stand.

The win sees Rajasthan Royals move up to fifth in the IPL 2020 points table, while CSK sank to the bottom of the 8-team league.

Cowboys rolling with rookie kicker? Mike McCarthy urges patience
How Nathan MacKinnon molded the Avalanche into Stanley Cup champions
Bengals RB to co-teach NIL course at Texas A&M
Can the Avs clinch on home ice? Previewing what could be a deciding Game 5
Huge summer of women’s soccer: Your guide to Euros, USWNT qualifiers and more