Editor’s note: This is one in a series of six pieces that shows how professional sports owners in America contribute to political campaigns, why they spend millions in the space and what that financial power means as athletes across sports continue to embrace activism of their own.

THE LOS ANGELES DODGERS faced a decision. They had just paid one of baseball’s highest-profile stars, Mookie Betts, $365 million. And now their star, after expressing hesitancy in 2016 to kneel during the national anthem because of his father’s military service in Vietnam, had changed his position.

“I wasn’t educated,” Betts said in July about why his stance changed. “That’s my fault. I need to be educated on the situation. I know my dad served, and I’ll never disrespect the flag, but there’s also gotta be change in the world, and kneeling has nothing to do with those who served our country.”

How would the team respond?

The organization backed him publicly — a purposeful move into politics that historically hasn’t been a choice that sports franchises have been all that comfortable making. Image, the saying goes, is everything, and businesses have long been concerned about alienating customers. Yet the Dodgers’ move, like so many similar efforts seen in 2020 from throughout the sports industry, would seem to indicate a significant philosophical change that emanates right from the top of these organizations.

Not so much, at least by one measure: Campaign donations by owners to politicians and parties can be at odds with the public statements and actions of the teams they own. According to an ESPN study of publicly accessible Federal Election Commission donation records, owners of American pro sports teams have tended to support Republican politicians over their Democratic counterparts since 2015.

Looking closer over the past two years, owners in the NFL, NBA, MLB, NHL and NASCAR all donated significantly more money to the Republican Party than they did to Democrats. Among these leagues, owners in the NBA — the league most often at the center of discussion regarding its overt messaging — actually contributed the second-most cash to the GOP ($8.4 million), trailing MLB ($15.1 million).

The WNBA, a league that has been on the forefront of social activism in American professional sports, provides a clear example of perception vs. reality. The league is the only one of the six in ESPN’s research with a liberal tilt, though it’s small, with owners sending $1,634,153 (51.7%) to purely Democratic causes vs. $1,338,459 (42.3%) to Republicans. The conservative donations from the league as a whole come largely from a single source, Atlanta Dream co-owner and U.S. Sen. Kelly Loeffler (R-Georgia). She accounts for more than 65% of the WNBA ownership’s GOP donations. (WNBA players have worn shirts reading “Vote Warnock” to support Raphael Warnock, one of Loeffler’s opponents in her 2020 Senate race.)

“It appears there’s no link between a league’s image and the politics of its owners, or at least their political spending patterns,” said University of California, Davis political science professor Ethan Scheiner, who studies the intersection of sports and politics. “This pattern of no connection between image and politics is common in business.”

WHILE THE NBA might have embraced the Black Lives Matter movement more strongly than any of the other four major men’s sports leagues, the audience of the league also differs from the NFL, MLB or the NHL. At the height of social unrest in the nation, public support was strong. 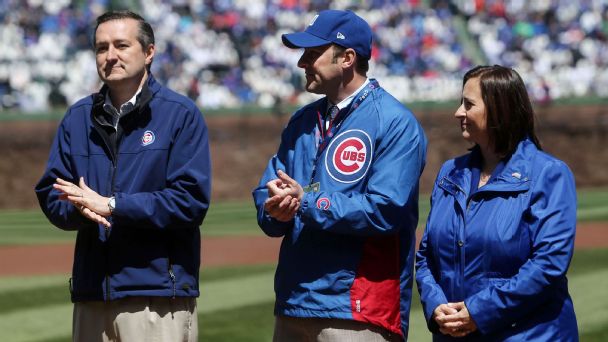 This is how professional sports owners contribute to political campaigns, why they spend millions and what that financial power means.

“There was such overwhelming support in the country for athlete activism and for teams supporting their athletes and for the public, even wanting their brands to be engaged in social justice issues,” said Richard Lapchick, director of the Institute for Diversity & Ethics in Sports at the University of Central Florida and a human rights activist involved in the intersection of sports and race since the 1970s. “From a business perspective, when you read stuff like that, it’s also good business to do what I would call the right thing.”

It’s easier to do “the right thing” when the issues are popular among a broad array of a business’ demographics — and even easier when those issues affect a significant portion of its core fan base.

Additionally, 58% of sports fans believe brands are making a difference in combating racism, according to an October study by Kantar. And 51% of the overall population feels the same way.

Still, Brooklyn Nets guard Kyrie Irving questioned before the NBA restart whether playing games in the bubble would take attention away from the social justice movement across the country. That early skepticism from Irving and additional players, including Dwight Howard and Avery Bradley, helped push the NBA to make financial commitments beyond the painting of Black Lives Matter on the court and printing social justice phrases on the back of jerseys.

The NBA board of governors and the NBPA finalized a deal in August to contribute $300 million to the Black community over the next decade, with each team donating $1 million. But Heat forward Andre Iguodala questioned whether this support from the league amounted to marketing for its core fan base.

In an interview before Game 3 of the 2020 NBA Finals, NBA commissioner Adam Silver tamped down expectations that such displays of activism would continue next season: “I would say in terms of the messages you see on the court on our jerseys, this was an extraordinary moment in time, when we began the discussions with the players and what we all lived through this summer.”

“My sense is there will be some sort of return to normalcy. That those messages will largely be left to be delivered off the floor,” Silver continued. “And I understand those people who are saying ‘I’m on your side, but I want to watch a basketball game.'”

The shift in rhetoric also alludes to waning public enthusiasm. In the Kantar poll in October, the number of sports fans saying they considered themselves supporters of the Black Lives Matter movement had dropped to 60%.

Harry Edwards, a professor emeritus of sociology at the University of California, Berkeley, and a mentor to Colin Kaepernick, said that in large part, fans do not support a sports franchise based on the political leanings of team ownership. If activist messaging no longer makes business sense to buoy a fan base, owners have little incentive to abide by politics incongruent with their own.

Edwards said: “Part of that transactional structuring has been the owners saying, ‘OK, look, we’ll let you wear the T-shirts. We’ll let you make the statements. We’ll even get behind you in not playing the first game, and hold meetings and town halls. We’ll even open up the pavilions for voting registration and casting votes, and so forth. But in exchange, you play out this season as scheduled.'”

A day later, NFL commissioner Roger Goodell released a video through Twitter where he said, “We, the NFL, admit we were wrong for not listening to NFL players earlier and encourage all to speak out and peacefully protest. We, the NFL, believe Black Lives Matter.”

Amid pressure from players and a changing social landscape, Goodell later told ESPN he encouraged teams to sign free-agent quarterback Colin Kaepernick. No team has taken him up on that.

“I think as a society, we have kind of listened to athletes casually. It’s always been like singular voices here and singular voices there,” Lapchick said. “Now, with athletes acting as a group, they have, like any other group that forms, a bigger voice than a single leader.”

Before the season, the NFL announced it would paint the phrase “It Takes All of Us” and “End Racism” in each team’s end zone. The league also announced it would play “Lift Every Voice and Sing” — known as the Black national anthem — before games on opening weekend while supporting the right for players to freely protest, a marked change from the Kaepernick era. After decades of controversy surrounding the team’s name, the Washington Football Team adopted its new moniker.

“The biggest factor in shaping the extent to which leagues are going to take a stand, make statements … absolutely is the workforce,” Scheiner said.

But that hasn’t changed how owners donate. In 2020, NFL owners have donated more than $1.2 million to Republican campaigns. Six owners across sports — Ken Kendrick (Diamondbacks), Dan Gilbert (Cavaliers), Micky Arison (Heat), Josh Harris (76ers), Dan DeVos (Magic) and Charles Johnson (Giants) — have collectively donated $26,000 to Arkansas Sen. Tom Cotton’s campaigns or to PACs supporting the Republican in this election cycle. In June, Cotton called for “an overwhelming show of force” against protesters in the wake of George Floyd’s death while in police custody.

The group approach behind recent athlete activism, Edwards said, has forced leagues and owners to at least acknowledge player demands. Instead of a single target for criticism, such as Kaepernick, many star players are standing together in the fight against racial injustice and police brutality.

As owners and leagues begin to roll back public support, it’s easy to allow the perception of progressiveness to fill their societal obligation. The pressure that athletes have collectively wielded in recent months will be increasingly important.

“These athletes realize now that they can demand a seat at the table,” Edwards said. “When you demand a seat at the table, you’re not talking about, ‘Put a chair against the back wall.’ You’re not talking about, ‘Put an additional chair in the room.’ Somebody has got to get up! Somebody who had influence and power, who determined how these things go, has to get up.”

Ravens’ Tyler Huntley ignores critics with clutch Pro Bowl Games performance
Kaplan: Latest on Dylan Larkin, David Pastrnak and more buzz from around the NHL
After missing World Cup and struggling for form, Matthew Hoppe’s focusing on what he can control
Red Bull boss Christian Horner says sport ‘should never be political tool’ and calls for ‘balance’
Can Martial stay fit enough to be part of Man United’s rebuild?