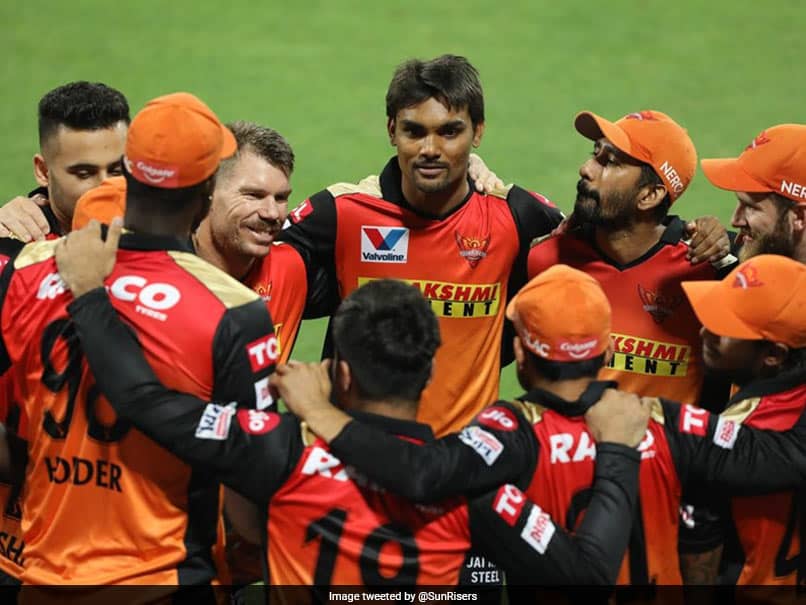 
SunRisers Hyderabad produced a clinical performance on Saturday to make the race for playoffs more interesting by defeating Royal Challengers Bangalore by five wickets at the iconic Sharjah Cricket Ground. With the win, SRH moved up to fourth place on the Indian Premier League 2020 points table. Earlier in the day, Delhi Capitals were blown away by defending champions Mumbai Indians as they suffered a nine-wicket loss in the first game of the double header at the Dubai International Stadium.

RCB and Delhi are both tied at 14 points each after 13 games and they will face off on Monday in a virtual shootout for the second spot.

Whoever ends up on the losing side on Monday will be in danger of missing out on a playoffs spot.

The loser of RCB and Delhi game will have to rely on other results going in their favour.

Four franchises; KKR, KXIP, SRH and Rajasthan are on 12 points.

Jasprit Bumrah took over the Purple Cap from Kagiso Rabada as he picked up a three-wicket haul against Delhi Capitals on Saturday.

Both Bumrah and Rabada have 23 wickets next to their name but a better economy rate means, the Mumbai Indians pacer will wear the Purple Cap for the time being.

Yuzvendra Chahal’s double strike against SRH took him to the third spot in race for Purple Cap.

Virat Kohli, David Warner, Shikhar Dhawan and Quinton de Kock all failed with the bat on Saturday and hence there was not much change in the list of top run-getters this season.