Anderson Silva, one of the greatest martial artists of all time, will make his final walk to the Octagon on Saturday in Las Vegas. Probably. Maybe.

True to form, Silva is playing with the idea of retirement ahead of his UFC Fight Night main event against Uriah Hall. Throughout the past several weeks, Silva has gone back and forth so much on his future plans, he basically has covered every possibility. It could be the final fight of his career. It could be just his final fight in the UFC. It could be neither.

If there is one certainty about Silva, it’s that the 45-year-old legend will have a difficult time walking away whenever the moment comes. He spoke, earnestly, about his family begging him to retire after he defeated Nick Diaz at UFC 183 — nearly six years ago. Silva broke into tears at the UFC 234 weigh-in and mentioned fighting “one more time.” That was two fights ago.

Saturday’s UFC Fight Night features what could be the final bout of Anderson Silva’s career. Recognized as one of MMA’s all-time greats, Silva will face Uriah Hall in the main event. In the co-main event, Andre Fili will take on Bryce Mitchell.

Throughout his incredible 22-year professional career, Silva has been a master of deception and mystique. Even when he was in the prime of his 16-fight win streak, which lasted from 2006 to 2013, it never felt like the fan base — or any of his opponents — truly had him figured out. He became a superstar in the sport while maintaining a certain level of secrecy and privacy.

It makes sense, then, that as Silva (maybe, maybe not) goes into his final appearance in the UFC, we really have no idea what to make of it. This is a guy we’ve kind of said goodbye to on multiple occasions, the earliest of which came in December 2013, when he suffered a gruesome leg injury during a loss to Chris Weidman. And yet here we are seven years later, talking about goodbyes.

In a way, that loss to Weidman was the night we said goodbye to Silva, at least as we knew him. His record since then is 1-4 with a no contest, the only win a controversial decision. He was suspended from the sport for one year in 2015 after testing positive for multiple steroids. Simply put, Silva’s UFC career can be split into two defining chapters: before and after the leg injury.

But the one bridge between them, and it happens every time Silva fights, is this opportunity to appreciate and celebrate what he once was — and admire the true love this man has for the sport. It carried him to a Hall of Fame career and has kept him fighting into 2020. And, possibly, beyond.

Whether this proves to be the final chapter of Silva’s career, it is worth taking a second to revel in his greatness, as if it 100% is the end.

12: Finishes among Hall’s 16 career wins, all but one by knockout.

60.2: Significant strike accuracy percentage for Silva, the highest in UFC middleweight history. Hall connects at a 50.7% clip, the sixth highest among active middleweights.

1: Previous UFC main events for Hall (lost to Gegard Mousasi as a headliner in November 2016). Silva has been in a record 19 (see right). 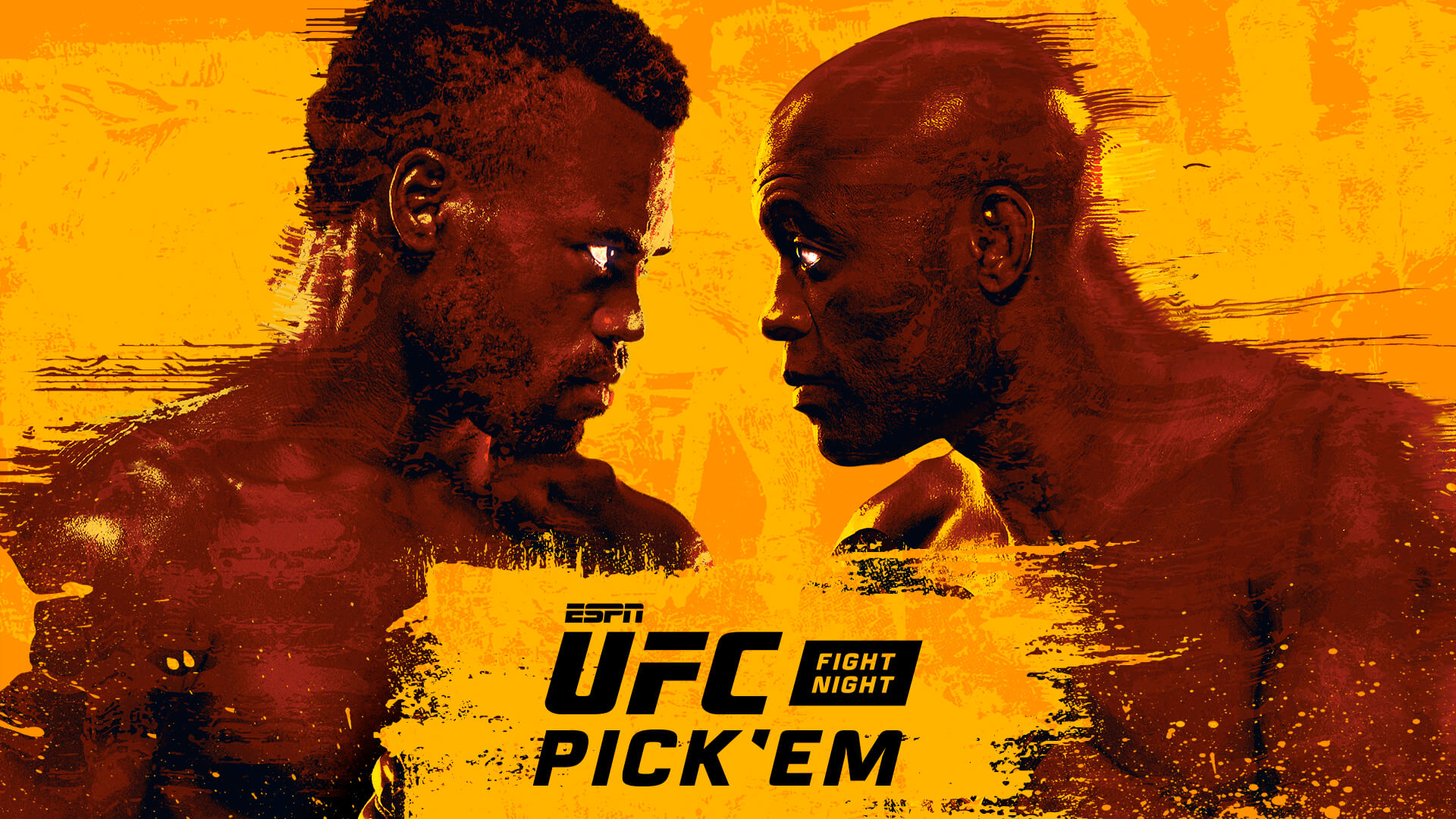 Make your picks and compete for a chance to win UFC 255 for FREE! Make Your Picks

This fight was actually supposed to happen in 2016, and it’s probably safe to say that the delay favors Hall. Not only because Silva is now 45, but Hall just seems to be in a very good place. In 2016, Hall wound up losing three consecutive fights, the longest skid of his career. The losses were to good competition, but in general, Hall had not hit his stride at that point in his career. Especially compared to where he is now. He’s 3-1 in his last four, and he gave Paulo Costa a hard fight in 2018. Hall is more composed and he seems to have found a good home at Fortis MMA under head coach Sayif Saud. His confidence is higher now than it would have been fighting Silva in Brazil four years ago. I think he shines on Saturday and takes advantage of this main event opportunity. Hall via knockout, third round.

Bryce Mitchell finally will have the look he loves

Bryce Mitchell has had four fights in the UFC and won them all, and after each victory he has done two things: shout out his beloved home state of Arkansas and request — no, demand — that Reebok make him a pair of camo shorts. He says that look reflects who he is and where he comes from.

On Saturday, when Mitchell walks into the Octagon for the co-main event, the 26-year-old from Searcy, Arkansas, will be doing so in style.

Camo shorts. He got the OK from the UFC and its fight attire sponsor, Reebok.

Mitchell will be putting his unbeaten Octagon record on the line against 15-fight UFC veteran Andre Fili. A win by Mitchell would make him the sixth fighter to start his UFC career 5-0 at featherweight, joining Jose Aldo, Conor McGregor, Yair Rodriguez, Arnold Allen and Zabit Magomedsharipov.

2. Also 3-0 this year is lightweight Bobby Green. If he beats Thiago Moises, Green would be the fifth lightweight to reach four victories in a calendar year, joining Donald Cerrone (2011, 2014), Jim Miller (2010), Rustam Khabilov (2016) and Roger Huerta (2007). Green would be the fastest to four wins in UFC modern era history, doing so in 128 days.

Baffert can saddle up after 1-year N.Y. racing ban
Rory, Reed tied two behind leaders in Dubai
Beterbiev stops Yarde for 19th straight knockout
LeBron, AD ruled out of Lakers’ game in Brooklyn
‘Holy crap, we got a shot’: Inside the 49ers’ season-changing Christian McCaffrey trade