Former Barcelona coach Quique Setien has said that it was “difficult to manage” Lionel Messi during his short and unsuccessful spell at the club.

Setien took charge of Barca in January but was sacked in August following the team’s 8-2 defeat by Bayern Munich in the Champions League.

– Stream FC Daily on ESPN+
– Inside story: How it went wrong for Messi at Barca
– Koeman ‘worried’ by worst Barca start since ’02 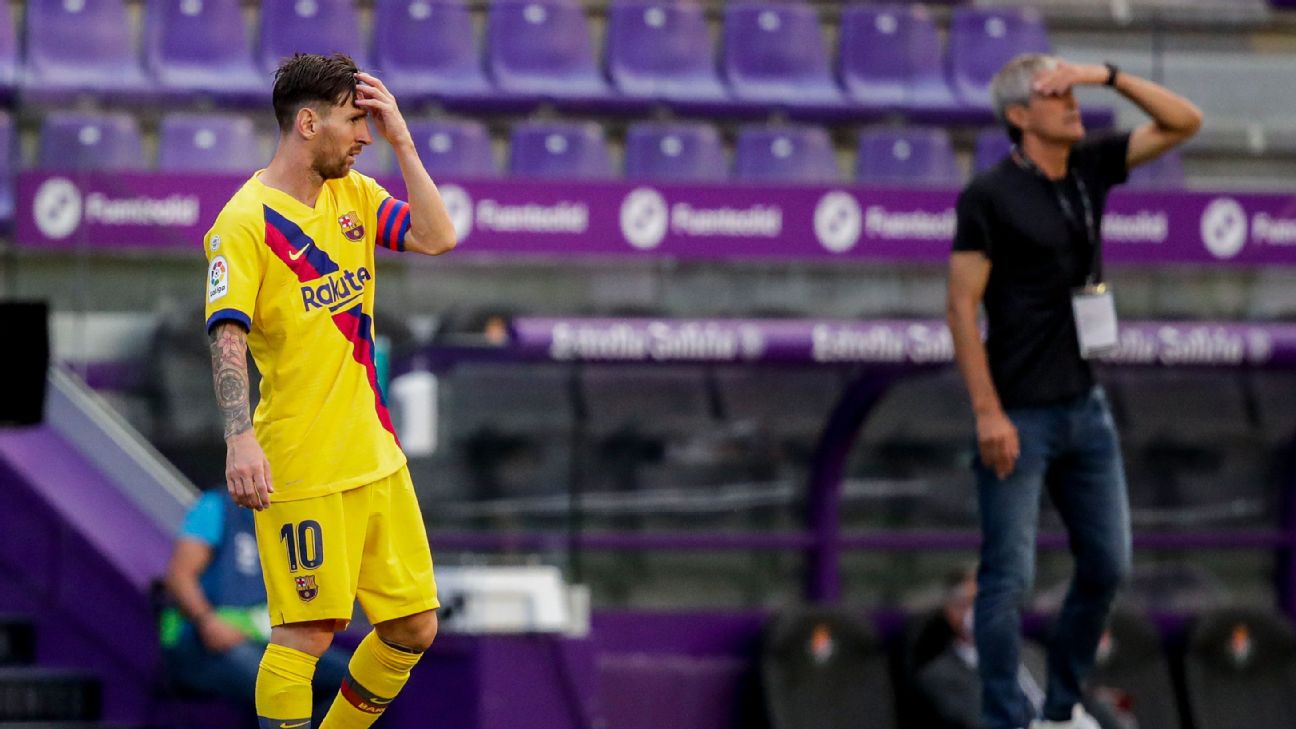 “It’s true that there are players that are not easy to manage, among them, Leo [Messi],” Setien told El Pais newspaper. “It’s difficult when someone is accustomed to winning.

“And when inside him, it generates an anxiety when you don’t achieve that [win], it harms you. The demand that exists today in football is brutal, it has saturated him and others that need to permanently win.

“We also have to take into account that he is the best footballer of all time. How am I going to change him? If there [at Barca] they have accepted him for who he is for many years and they haven’t changed him.”

He added: “There’s another facet beyond just the player and it’s more difficult to manage. Much more difficult. It’s something inherent in many athletes that can be seen in the Michael Jordan documentary [“The Last Dance”]. You see things you don’t expect.

“He [Messi] is very reserved and only shows you the things that he wants you to see. He doesn’t speak much.”

In August, Messi announced his wish to leave Barca but the Argentina international made a U-turn when the Catalan giants demanded his €700 million buyout clause, with Messi tied to the club until June 2021.

“There are millions of people that think that Messi, or any other player, is more important than the club or the coach,” Setien added.

“This player [Messi], like others around him, have been winning titles for 14 years, winning everything.

“After my departure, one thing that is clear to me is that at certain times I should have taken other decisions but there’s something above you: the club and the fans. They are above a president, a player, a coach. You owe the respect to them [fans] and you have to do what is most convenient for the club.”

Despite everything, Setien does not regret his time at Camp Nou.

“The experience at Barcelona has been extraordinary,” he said. “I’ve had the opportunity to experience something unique. I told the players that I had never been in a changing room like that one, that I was with the best players in the world.”