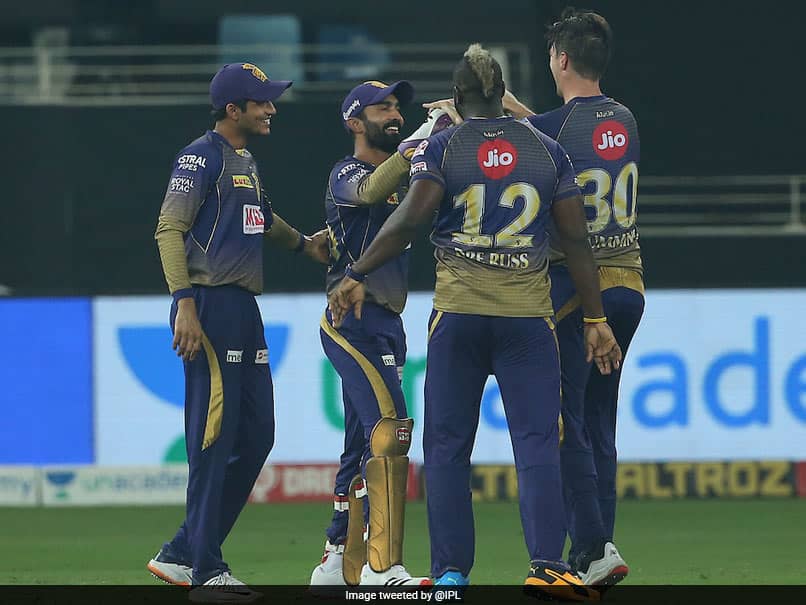 IPL Points Table: KKR moved up to fourth spot with a 60-run win over RR on Sunday.© Twitter


Kolkata Knight Riders defeated Rajasthan Royals by 60 runs on Sunday to keep their playoff hopes alive. With the big win, KKR jumped from bottom of the IPL 2020 points table to fourth place. In the afternoon game on Sunday, Chennai Super Kings put on a clinical performance as they landed a knock out blow to Kings XI Punjab’s dream of a place in the playoffs. Punjab lost by nine wickets and finished their campaign with 12 points. Mumbai Indians with 18 points from 13 games. Royal Challengers Bangalore, second placed, and Delhi Capitals, third on the table, will face off on Monday and the winner will be guaranteed a top-2 spot. Three teams — CSK, RR and KXIP — are out of the race for playoffs.

SunRisers Hyderabad, fifth on the table, will have to beat Mumbai Indians on Tuesday in a bid to qualify for the knockout stages of the T20 league.

There was not much change in the race for Orange Cap even as the leading run-getter KL Rahul only managed 29 runs in his last outing in the tournament.

Rahul holds the Orange Cap with 670 runs from 14 games. Second on the list Shikhar Dhawan is 199 runs behind him.

Jasprit Bumrah has the Purple Cap despite having same wickets as Kagiso Rabada in this year’s IPL. Both pacers have 23 wickets from 13 games but MI bowler leads the chart thanks to a better economy rate.

Jofra Archer picked up a wicket on Sunday and he finished the IPL 2020 with 20 wickets to his name.