The fight game is all about timing.

It is key when you’re working your way up the ladder.

It is, of course, key when you are in a fight, trying to land and evade punches.

And it is most certainly key in knowing when to say goodbye.

The dream is to say goodbye the way Khabib Nurmagomedov did last week. Or like Georges St-Pierre did a couple years ago. That’s what every fighter wants when he or she starts their career. On top. With a win. With a belt (or two) around your waist. 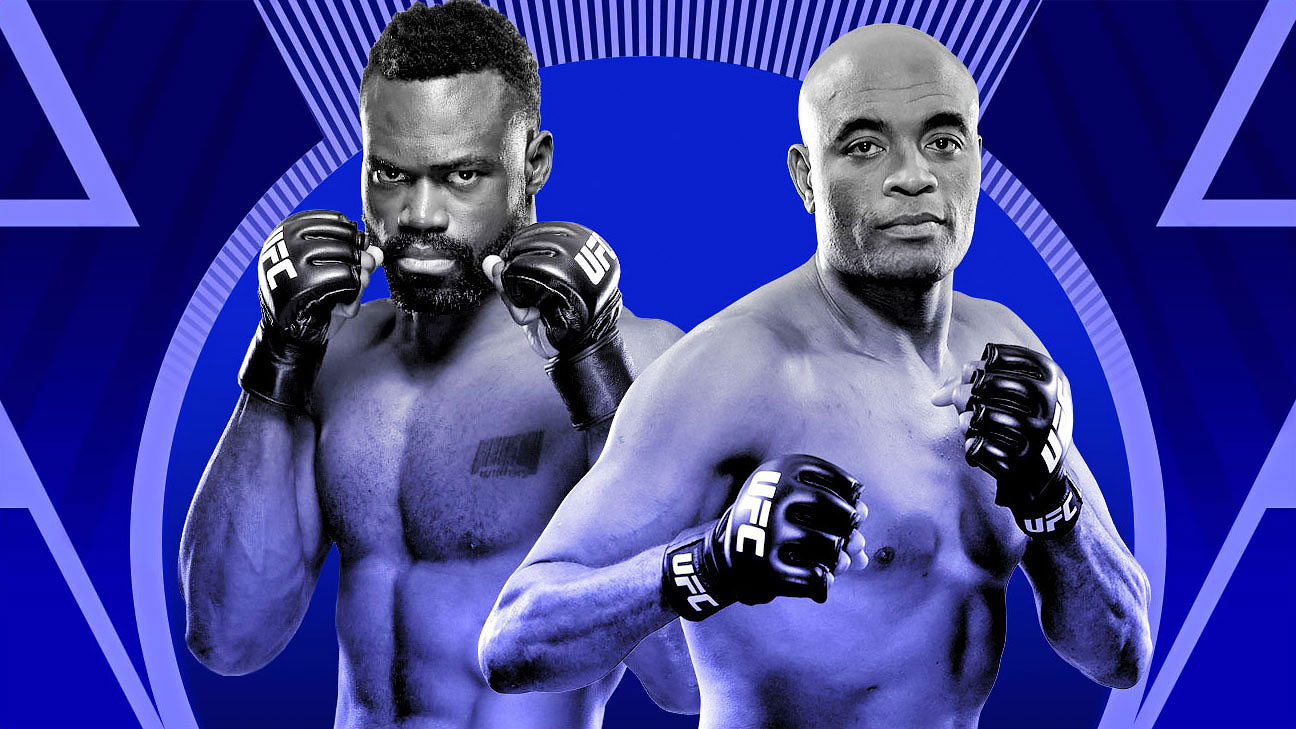 All fights from UFC Fight Night: Hall vs. Silva will be available to watch on ESPN+.

Unfortunately for Anderson Silva, a fighter whose timing inside the cage was second to none, he has simply not known when to hold ’em and when to fold ’em. And that’s a bummer.

Just as he was earlier this week, he was non-committal about his future after the fourth-round TKO loss to Hall. Sure, Silva told Michael Bisping that “today is the final day” in the UFC, but then he also said “I don’t know” when asked if it was his final MMA fight.

For the record, there is still one fight left on Silva’s contract, but it sounds like he has a deal with the promotion to part ways after Saturday. However, when I asked him on Wednesday whether he would be interested in continuing to fight outside the UFC, he certainly seemed open to it. After losing his fourth fight in a row, he again didn’t seem ready to say goodbye for good.

That’s a shame because there is no denying that the longer a fighter sticks around, the more fights they lose, the more it hurts their legacy. Just ask BJ Penn.

Truth be told, Silva looked pretty darn good for a 45-year-old in the first two and a half rounds. Watching him in there, there is a part of me that understands why he wants to keep going. It’s not like he was getting embarrassed out there. But then you are reminded he is 45 years old after seeing him get dropped at the end of the third and ultimately finished in the fourth.

That’s not Anderson Silva. Anderson Silva doesn’t get dropped. He doesn’t slow down. He looked so invincible for so long, it still seems weird seeing him like that. That’s how good he was. More than seven years after his first UFC loss, a Silva loss still seems off.

Why? Because he was so great for so long. Unbeatable for 16 straight fights — a UFC record. On many of those nights, he looked like the greatest fighter in UFC history. What a run it was.

Remember, Silva had 21 pro fights on his record when he debuted in the UFC as an almost 31-year-old back in 2006. He was a former Cage Rage and Shooto champion, as well as a PRIDE veteran. When he entered the UFC, the timing was right. He was ready to take that next step.

And now, here’s hoping Silva finally realizes the timing is right to say goodbye for good.

As for Hall, back in 2010, he lost the Ring of Combat middleweight title to an up-and-comer named Chris Weidman. I’d love to see the two New Yorkers run it back again, a decade later.

The UFC has something special in Bryce Mitchell

Look, we tend to say this at least once after every UFC card. Every Saturday, we talk about at least one name to keep an eye on. A future title challenger. A prospect who stands out from the rest. And you know what? We probably need to cool it a little. Or at least, set up some kind of system, so there are levels to this. We can’t just keep walking away saying the same things every week. It takes away from a time like this, when someone truly stands out.

Mitchell has some things to work on, which he was the first to say after his win over Andre Fili, but he still clearly won this fight, and had Fili visibly frustrated by the end of the fight — and that’s a Fili who was making his 16th appearance in the UFC. That’s a Fili who had won three of his last four and knew that a win over Mitchell would have catapulted him into some matchups that could have really lifted his career.

Mitchell was too much for him, and at 26, he’s going to be improving. He’s rising to different occasions, and he’s showing that “it” factor outside of the cage, the one that led to him becoming only the second fighter in UFC history to talk the company into making him a custom pair of fight trunks. The other, by the way, was Conor McGregor. Don’t just “keep an eye” on Bryce Mitchell. Circle him on the calendar. He’s going to make serious waves at 145 pounds.

Holland came into the UFC as something of a novelty. He was funny, talked crap to his opponents during fights and then acclimated himself well in a debut loss to Thiago Santos. UFC president Dana White nicknamed him “Big Mouth” on Contender Series and it stuck. But since then, for the most part, all Holland has done is win. After dominating Charlie Ontiveros on Saturday, Holland became the first UFC fighter to win four bouts in 2020. The only other middleweights in UFC history to go 4-0 in one year: champion Israel Adesanya and Bellator champ Gegard Mousasi. Not bad company.

In all, Holland has won seven of his last eight. He has three TKO victories this year. I’m not saying it’s time to queue him up for Adesanya, who he jawed at for a bit after winning Saturday, but Holland is the real deal. It’s time to consider him a legitimate threat in the middleweight division. He belongs in the contender rankings and should get a big-name opponent next.

A smaller cage for all events could benefit the UFC

I love the smaller Octagon. Not just in the cozy confines of UFC Apex, either. Whenever the promotion gets to return to full-sized arenas or even stadiums, I’d love to see the fights — all the fights — contested in this 25-foot cage rather than the traditional 30-footer. I’m no math guy, but I’m told the smaller cage has 30% less surface area. That’s nearly a third less room for footwork, for escape, for dodging those finishing strikes we live for. By my calculation, that’s 100% more entertaining.

Gimmicks don’t draw me in. Fighting does. Sure, trash talk and back story will always be a part of this sport, but to me it’s always about the toe-to-toe. I’m not asking for the bouts to be contested in a phone booth. A 25-foot change allows for plenty of movement — plus, lots and lots of engagement. That’s what makes me want to watch. And if the smaller cage makes the fight more action packed, because the athletes are forced to be in closer proximity, then that’s what I want to see. I know I’m not alone.

UFC president Dana White has talked for years about his devotion to establishing MMA in the sports mainstream. Well, during the early stages of the coronavirus pandemic, MMA wasn’t just in the mainstream, it was practically the only show in town. And these unusual times have brought about some measures that inadvertently might serve the sport well in the long-term. With fights more challenging to book, we’ve seen shorter cards that don’t test the endurance of fans. Earlier ending times mean more action happens before bedtime beckons, at least for fans on the east coast. But nothing affects the action of a fight night like the eight-sided cage in which it happens. Give me those 25 feet and let’s go.