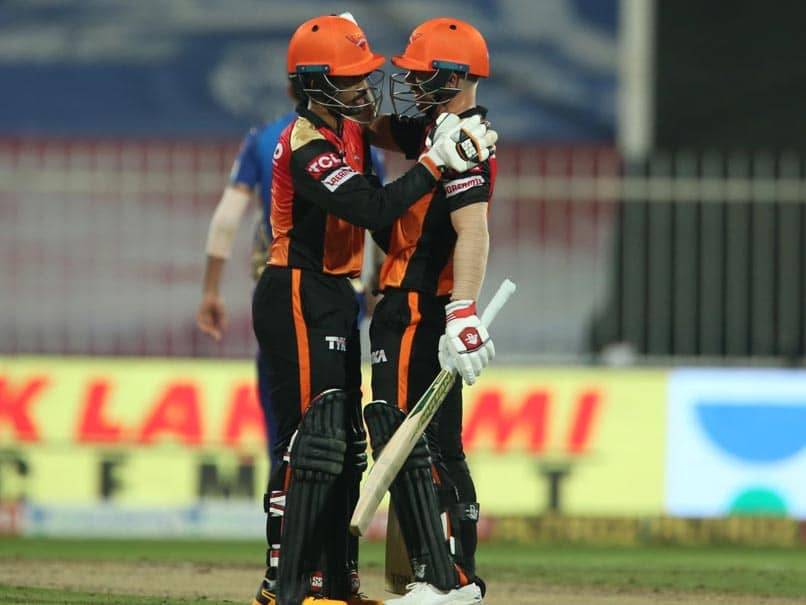 
SunRisers Hyderabad marched to a commanding 10-wicket win against table-toppers Mumbai Indians to finish third in the Indian Premier League (IPL) 2020 points table and qualify for the playoffs. SRH’s win means that Kolkata Knight Riders, who were in fourth position before the game, finish fifth and are knocked out of the tournament. Mumbai Indians finish top of the table, with Delhi Capitals securing the second spot. Royal Challengers Bangalore are the other team to make it to the knockout stages.

The group stage of IPL 2020 ends with KL Rahul leading the Orange Cap race, with an astounding 670 runs. But David Warner hit an unbeaten 85 to move up to the second spot in the run charts.

He is followed by Shikhar Dhawan at third and the RCB duo of Devdutt Padikkal and Virat Kohli at fourth and fifth.

Kagiso Rabada leads the wicket-takers’ list at the end of the group stage with 25 scalps, while Jasprit Bumrah was rested against SRH and couldn’t add to his tally of 23 wickets.

Yuzvendra Chahal and Trent Boult, with 20 wickets each, and Rashid Khan and Anrich Nortje, who have 19 scalps each, also stand a chance of taking home the Purple Cap by adding to their tallies in the knockouts.