SANTA CLARA, Calif. — As text messages, phone calls and FaceTime requests lit up his phone into the wee hours of Oct. 18, San Francisco 49ers cornerback Jason Verrett sat back and let the weight of his journey wash over him.

After a series of devastating injuries, including a right Achilles tear that could’ve ended his career, Verrett had waited 1,498 days for those messages. Earlier that night, Verrett made a pivotal interception to help the Niners knock off the Los Angeles Rams. It was his first interception since Sept. 11, 2016, and an official declaration to the football world that Verrett is not only back in the game but once again playing at a Pro Bowl level.

“I’m just soaking it all in,” Verrett said. “It’s definitely been a tough road.”

To understand why it mattered so much, it’s important to look at everything that took place in the more than four years since Verrett last got his hands on a pick.

“His story means to me resiliency, inspiration, the drive to chase your dreams,” older brother Tre Verrett said.

Family and friends kept Verrett going in his darkest moments and no matter how many times his body told him no, his heart and mind said yes. It’s a story with a soundtrack provided by late rapper Nipsey Hussle, whom Verrett never met but feels profoundly bonded to because most of his songs were about what is required to push through life’s toughest obstacles.

“You take a loss, don’t cry about it, just embrace it
Minor setback for major comeback, that’s my favorite.”
— Nipsey Hussle, “Dedication”

Only one jersey hangs in the Costa Mesa, California, office of Chargers general manager Tom Telesco: Verrett’s No. 22. Telesco muses maybe he should rotate jerseys but he can’t bring himself to take it down. Not even two seasons after Verrett left the Chargers.

“He’s going to be a constant reminder and story I can tell as other players come through here and sit in my office,” Telesco said. “Like, ‘Let me tell you about Jason Verrett, let me tell you about his story and what he had to go through and everything he had to overcome to get back on the field.’ Now that Jason’s really made that full circle back playing at a high level, that’s going to be a story I can tell players for years to come.”

The most difficult chapter in Verrett’s story takes place on July 27, 2018.

After a two-year recovery from a torn ACL in his left knee, Verrett was beginning to feel like himself again as the Chargers opened their 2018 training camp.

On the first day of camp, the Chargers were running gassers as part of a normal conditioning test. Suddenly, Verrett felt pain in his leg so excruciating that he doesn’t remember much of what happened next. He blacked out and when he came to, he remembers laying on the field for the next half hour as chaos ensued around him.

Teammate and close friend Jahleel Addae rushed to Verrett’s side and threw his arms around him, trying to offer words of comfort. But Verrett was in such a state of shock that he couldn’t hear a word Addae was saying.

“I remember saying, ‘It’s over,'” Verrett said. “I just kept saying that over and over, that it was over. … It was a surreal moment, like, I couldn’t believe it. It was just a nightmare.”

Telesco, who selected Verrett with the 25th pick in the 2014 NFL draft, was looking on as it happened. In the days before, he had been excited about Verrett’s comeback from the knee injury.

Without warning or contact, all of that optimism washed away. For the team, losing Verrett again was an emotional blow. From a human standpoint, Telesco was distraught for a player he’d grown to love.

“I hate to put it in these terms,” Telesco said. “It felt like a funeral. It just took the wind out of the team on Day 1, because everybody has such love for him as a person to see someone have to go through that — the timing of it was just cruel.”

Less than an hour after hearing about the injury, Tre Verrett was in his car on the 45-minute drive to the airport. With Frankie Beverly’s “Joy and Pain” on repeat, he decided he wouldn’t say much and just try to give his brother a shoulder to cry on and ears to listen.

“I would hate to say somebody died,” Tre Verrett said. “But the spirit died. … I’ve never been punched in the stomach, blindsided, nothing like that in my life.”

When Tre arrived, he sat with Jason as he kept telling him it was all over, that he was done and wondering aloud what would become of his life without football.

It wasn’t just about his latest injury. His son, Jason Jr., who goes by the nickname Deuce, had been born in March of that year, and Verrett was a few months away from proposing to his girlfriend, McKayla.

Verrett was scheduled to be a free agent after the season. Even if he did recover, he had no idea what team would be in the market for a cornerback who, by the end of 2018, would have played in 25 of a possible 80 games because of his many injuries.

“It took me to places where I never want to go back to,” Verrett said. “It was loss. It was just a state of being where you just don’t know the direction you should go. … I went through every bit of emotion from it.”

In the days after the injury, Verrett briefly considered retirement but Tre often reminded him not to make an emotional decision. With the help of his family, Dr. Herb Martin — the Chargers team clinician who Verrett says is “like a second father figure” — Addae, Telesco and the Chargers organization, Verrett concluded he wasn’t ready to be finished with football.

Although a long and tedious rehab awaited, Verrett believed he had the drive and support system to get back to where he once was.

Whenever doubt would creep into his mind, Verrett leaned on Martin, who has been working with athletes for the past 25 years. Martin and Verrett talked almost daily, conversations Martin described as “intense” because of the real possibility Verrett’s career was over at 27 years old.

“A lot of our work was really surrounding his identity and learning to accept the possibility that [a return to football] might not happen,” Martin said. “And also challenging himself throughout the process because he had so many skills.”

Those deep conversations led Verrett to a different way of thinking, living in the moment and ignoring the future. He didn’t make a checklist of milestones to hit along the way in his rehab, instead focusing on achieving something new every day.

One other constant through it all? The sound of Hussle’s voice. Via music or interviews, Verrett found himself connecting with Hussle’s message.

Hussle often referred to the ups and downs of life as “The Marathon,” and Verrett found solace in the fact he wasn’t going through his struggles alone. When Hussle was slain on March 31, 2019, Verrett found even more motivation knowing tomorrow is promised to no one.

“I just feel everybody in life has their own handbook,” Verrett said. “It’s just the time when you get into that dimension of your life where you can be the storyteller of your own journey. That’s when you can find yourself. I’m able to re-write my story. And now I feel like I’m in charge of that.”

The thought of leaving the Chargers was painful for Verrett and Telesco. They had developed a close bond and Verrett appreciated the team which had given him his first opportunity and stuck by him.

“It was difficult,” Telesco said. “In my heart, I wanted to bring him back. But when you put your GM hat on, I just think he needed a change of scenery, clean slate without that first-round draft pick slash injury bug label.”

Verrett’s only visit was to San Francisco. While other free agents focused on a payday, Verrett wanted to know the plan to get him healthy. The Niners showed him the technology and resources available. He was sold, signing a one-year deal on March 14, 2019. 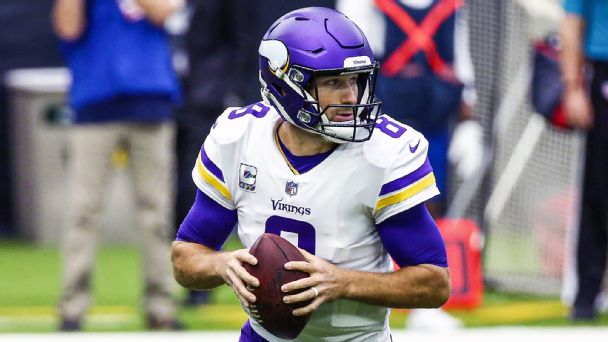 In a Week 3 win against Pittsburgh, Verrett was clearly not himself on what would become the only three snaps he would play in 2019 before returning to injured reserve. Still, Verrett felt like he was close. After a few weeks away, he began attacking his rehab.

Around Week 13, Verrett was doing 60-yard sprints on the practice fields at SAP Performance Center when it all started coming together. Verrett’s speed was slowly returning, but this time he hit 21-to-22 mph for the first time in years.

Verrett texted his brother, his agent, his fiancée and the Niners staff celebrated wildly. It was the most important day in his recovery.

“To get my speed back, it was everything,” Verrett said. “You know, I definitely went home with a different smile.”

“Ain’t really trip on the credit, I just paid all of my dues
I just respected the game, now my name all in the news
Tripping on all of my moves, quote me on this, got a lot more to prove” — Nipsey Hussle, “Hustle and Motivate”

That Verrett’s interception came against the Rams on “Sunday Night Football” allowed all of those who had rooted so hard for him throughout his journey to see it.

Telesco texted Verrett to tell him he was proud and remind him to keep the football. Addae was getting a massage and jumped off the table in excitement. Tre Verrett was pacing behind his couch and stewing over a missed pick-six his brother had minutes earlier when Jason made the play in the end zone. Tre let out a yell and ran up and down his hallway in celebration.

“It was like, he’s back-back,” Tre Verrett said. “That was just all the emotions that kind of came out.”

After an offseason spent working out with former Chargers teammates Keenan Allen and safety Derwin James in southern California, Verrett has been among the best cornerbacks in the league.

According to NFL Next Gen Stats, when Verrett is the nearest defender in coverage, he has allowed 11 receptions on 24 targets for 112 yards with no touchdowns. He has an interception and three passes defended on such throws with a passer rating allowed of 52.8, which is tied for sixth-best among all cornerbacks. Verrett is the third-best cornerback in the league with an overall grade of 81.7 according to Pro Football Focus.

To an outsider, those numbers are stunning for a player who has appeared in six games in the past four years. For those who have witnessed his grind, it’s no surprise.

“All we did was watch JV work for the last couple of years, stay quiet, keep his head down and do everything he could to get back to this football team,” 49ers defensive coordinator Robert Saleh said. “He’s doing it and, knock on wood, if he stays healthy, this whole entire world’s going to see how great he is again.”

For his part, Verrett continues to focus on the moment, knowing there are more chapters in his story to write.

After all, the marathon never stops.

“I just want to be able to make my family proud, make my son proud, my future kids proud,” Verrett said. “And if I can inspire people along the way, then I’m happy to be doing it. I’m just doing God’s plan.”