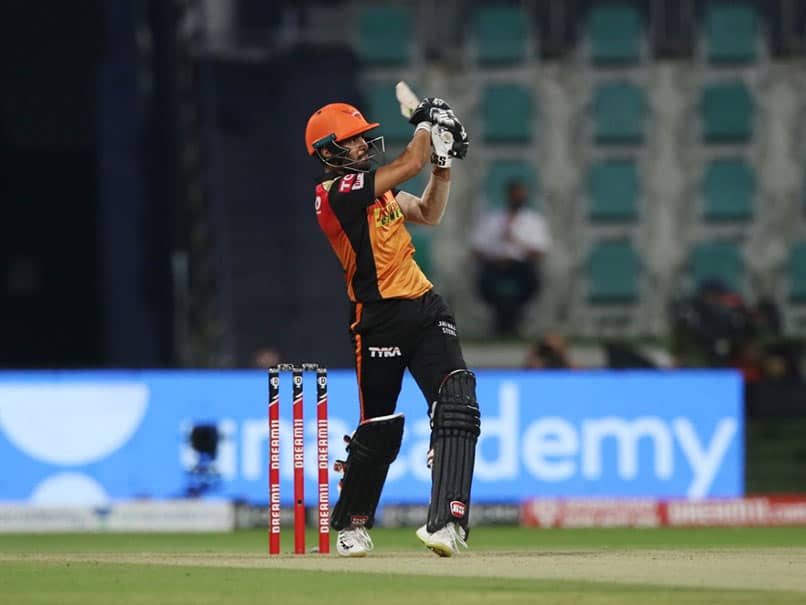 
SunRisers Hyderabad (SRH) batsman Manish Pandey had the perfect response in store for Royal Challengers Bangalore (RCB) skipper Virat Kohli, who attempted to sledge the cricketer during the Indian Premier League (IPL) 2020 Eliminator on Friday. Manish started his innings off on a cautious note, which may have been influenced by the dismissal of opener Shreevats Goswami for a duck. SRH were further chasing a paltry target of 132, providing the cricketer all the time in the world to get settled before taking on the bowlers. Kohli attempted to unnerve the batsman with a fleeting remark following a defensive shot, which the SRH player responded to in a fitting manner. Two balls later, Manish played a cross-batted pull shot over deep mid-wicket following a short delivery from Mohammed Siraj, with the ball going on to clear the fence.

Here is the video which shows the remark from Kohli as well as the response from the SRH batsman:

RCB further went on to lose the do-or-die encounter by a margin of six wickets following a half-century by New Zealand batsman Kane Williamson, rubbing salt on Kohli’s wounds. Williamson remained unbeaten on 50 off 44 deliveries in an innings comprising of two boundaries and as many sixes.

The New Zealand cricketer further received support from West Indies all-rounder Jason Holder, who remained unbeaten at the other end.

This is not the first time that Kohli has tried to unnerve opposition players. The India captain had attempted to sledge Suryakumar Yadav during a league stage encounter against defending champions Mumbai Indians (MI) earlier in the cash-rich league.

Suryakumar remained unaffected by the move, staying unbeaten till the end as the Mumbai-based franchise recorded a dominant win.

Netherlands vs Pakistan: Fakhar Zaman’s Century Helps Pakistan Beat Netherlands By 16 runs In First ODI
Kostya reunion for Tszyu world title fight
Sources: Jets QB Wilson set to miss 2-4 weeks
Which players may need to find new clubs ahead of World Cup?
Teofimo Lopez won, but is he a threat at 140 pounds? Maybe not just yet