There was a time, not that long ago, when Saturday’s UFC Fight Night main event between light heavyweights Thiago Santos and Glover Teixeira looked like a No. 1 contender bout.

That time, unfortunately, has passed.

UFC president Dana White recently ended any speculation as to who will challenge light heavyweight champion Jan Blachowicz next, as he announced this past Saturday that middleweight titleholder Israel Adesanya will move up in weight. The timing of the announcement was, potentially, a little demoralizing for Santos and Teixeira, who are both eyeing a title shot in the near future.

Regardless of whether Saturday’s winner moves on to an eventual title fight, however, both Teixeira and Santos have to feel good about where they are this weekend.

At age 41, Teixeira (31-7) is riding his longest winning streak since 2013 — four in a row. No one saw this kind of resurgence coming from Teixeira, who lost three of five between 2016 and 2018, and has been a betting underdog in four of his past five fights. To think Teixeira could be just one victory away from a second title shot — his first came in 2014 — is incredible.

And Santos (21-7), 36, has endured a long road back to the Octagon after suffering a serious knee injury during his five-round championship fight loss to Jon Jones in July 2019. The Brazilian underwent knee surgery that same month, and his return was delayed multiple times in 2020 by COVID-19-related issues. This 16-month layoff is the longest of his professional career.

So, no, there will not be a guaranteed title shot on the line when these two square off at the UFC’s Apex facility in Las Vegas this weekend. And, of course, that’s a source of disappointment.

But given the difficult paths both have taken to even close in on a second shot at UFC gold, it’s doubtful either of them will go into the contest in poor spirits.

7: Previous nontitle main events in the UFC’s modern era to pit two Brazilian fighters. This will be the eighth.

11: UFC finishes by Teixeira, tying him with Ovince Saint Preux for the most in light heavyweight history. Overall, his 14 UFC wins at 205 pounds are the third most in division history.

11: UFC knockouts by Santos, tying him with Anderson Silva, Anthony Johnson, Derrick Lewis and Matt Brown for second most in UFC history, one behind Vitor Belfort. Santos’ nickname is “Marreta,” Portuguese for sledgehammer.

14: Light heavyweight victories in the UFC by Teixeira. A win Saturday would tie him with Ryan Bader for the second most in 205-pound division history, behind only the 20 wins of Jon Jones.

490: Days it will have been on fight night since Santos’ last fight, a decision loss to Jones in July 2019. It is the longest layoff of the Brazilian’s UFC career. 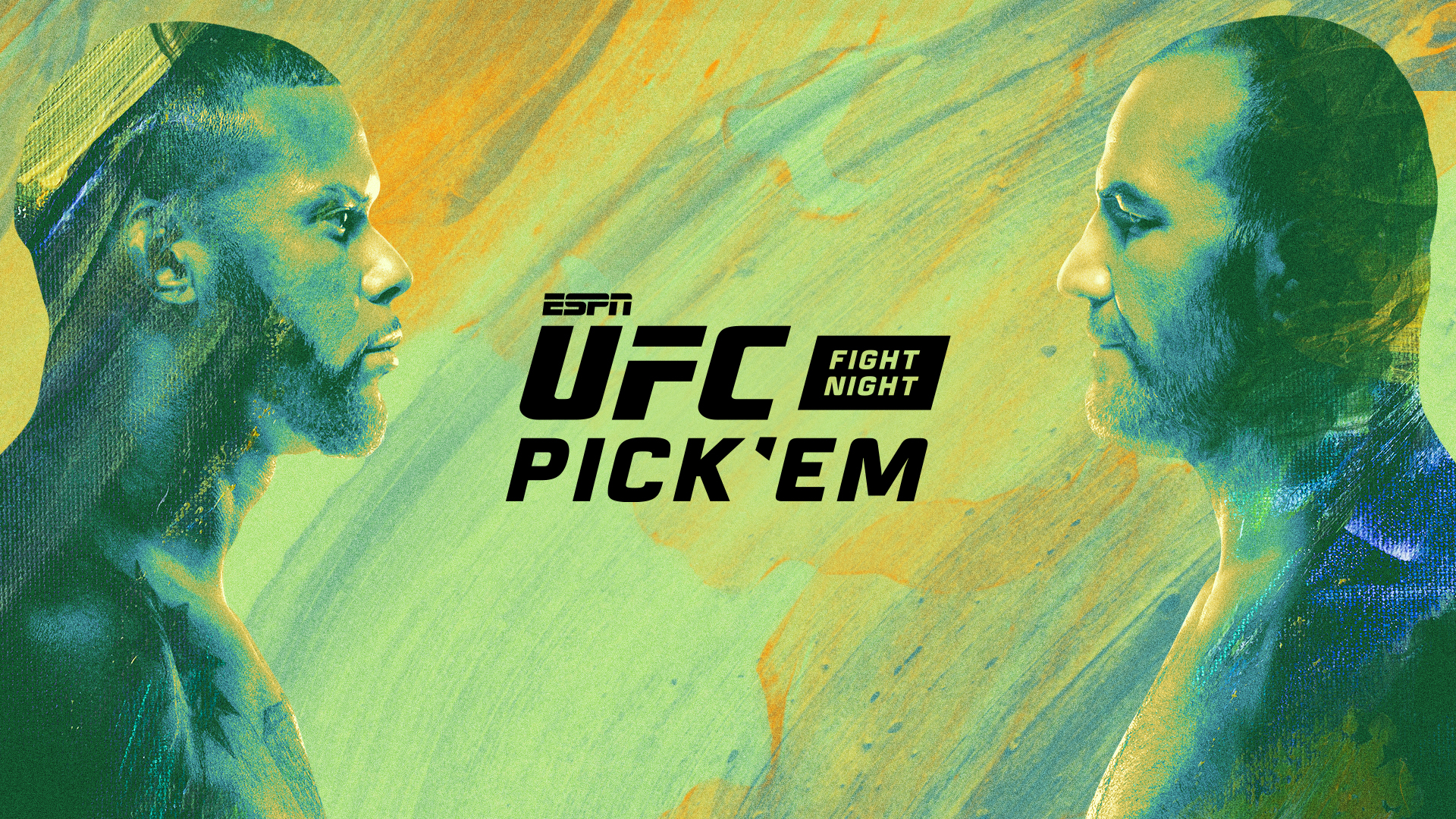 Make your picks and compete for a chance to win UFC 255 for FREE! Make Your Picks

What Santos has accomplished in the past three years? Very legit. It’s easy to forget that this guy holds wins — recent ones — against the likes of Jack Hermansson, Anthony Smith, Jimi Manuwa and, last but not least, the 205-pound champion, Jan Blachowicz. He has done well against opposition that is similar to what he’ll see against Teixeira: solid, technical boxing and physical grappling on the floor. That said, I also believe in what Teixeira is doing. No, this run wasn’t expected, but it’s not a fluke either. And there is a path to victory for him here, a clear one. Pressure boxing, takedowns. Plus, Santos is coming off a major injury. I’m going to lean with the momentum of Teixeira, and the upset. Teixeira via submission.

Watch the prelims on ESPN+. If you don’t have ESPN+, get it here.

1. In the co-main event, Andrei Arlovski will make the walk to the Octagon for the 33rd time, tying Jeremy Stephens for third most appearances in UFC history. Only Donald Cerrone and Jim Miller, with 36, will have more UFC fights than Arlovski, who was UFC heavyweight champion back in 2005-06.

2. Raoni Barcelos is a more than 3-to-1 favorite, according to Caesars Sportsbook by William Hill, for his bantamweight fight with Khalid Taha. A win by Barcelos would make him the 13th Brazilian fighter in UFC history to start 5-0.

3. Claudia Gadelha will be fighting for the 12th time in the UFC when she opens the main card against Yan Xiaonan. With a win, Gadelha would tie Carla Esparza for the second most in strawweight history with eight. Yan will be trying to become just the third female fighter to begin her UFC career 6-0, joining former bantamweight champion Ronda Rousey and ex-strawweight champ Joanna Jedrzejczyk. Gadelha is No. 5 in the ESPN strawweight rankings, Yan eighth.

4. Giga Chikadze returns to the Octagon for the second time in less than a month, looking to become the second fighter to reach four wins this year, a feat achieved by Kevin Holland last weekend. Only one fighter in UFC featherweight history has gone 4-0 in a calendar year: Max Holloway in 2015.