Edmen Shahbazyan already has his own identity, with his own career and his own athletic accolades — but admittedly, the Ronda Rousey connection is, for now, hard to ignore.

Shahbazyan (11-0, 4-0 in the UFC) is the middleweight phenom who will face the toughest test of his career on Saturday when he meets Derek Brunson in the main event of UFC Fight Night inside the Apex facility in Las Vegas. Brunson, 36, has 16 UFC fights under his belt, and he has fought the likes of Israel Adesanya, Robert Whittaker, Yoel Romero, Lyoto Machida and Anderson Silva.

Brunson (20-7, 11-5 UFC) is a major step up in competition for Shahbazyan, at least in terms of experience. And yet, the 22-year-old prospect out of Glendale Fighting Club in California is more than a 3-1 betting favorite.

Shahbazyan signed with the UFC in 2018 after an impressive showing on Dana White’s Contender Series, but he was well known within MMA circles before then. His longtime head coach is Edmond Tarverdyan, who is almost exclusively known for his work with Rousey. Shahbazyan is also represented by Rousey’s management company.

Like Rousey, Shahbazyan has a feel for quick finishes. Ten of his 11 professional wins have ended in the first round.

Shahbazyan’s breakout success and his direct ties to Rousey and Tarverdyan have created an interesting dynamic. It’s hard to relive the unprecedented success Rousey enjoyed early in her career, without reliving her emphatic fall from the top. Rousey’s knockout losses to Holly Holm and Amanda Nunes in 2015 and 2016 were so jarring, they force their way into any comparisons made of her.

So, as much as Shahbazyan stands separate from any storyline involving Rousey, he is still inevitably tied to her for now. Along with the comparisons of his quick finishes comes the question: How will he respond when adversity comes? And for Tarverdyan, who was widely castigated as a reason for Rousey’s downfall in 2015, Shahbazyan is an opportunity for him to answer some questions himself.

It’s great to be compared and linked to one of the most famous figures in the sport’s history — but Rousey’s history does come with baggage. We probably won’t always talk about Shahbazyan in the same breath as Rousey. They are two completely different athletes. But for now, it’s certainly interesting to compare their early success and see how Shahbazyan will be different.

5: Fighters with UFC wins by both knockout and submission in under a minute. Brunson is one of them (48-second rear-naked choke of Brian Houston in 2013, TKO of Ed Herman in 36 seconds in 2015). The others to perform the dual feat: Ronda Rousey, Tom Lawlor, Joe Lauzon and Andrei Arlovski.

4:17: Total time it has taken Shahbazyan, in minutes and seconds, to win his past three fights — two TKOs and a submission.

100: Percentage of takedowns successfully defended by Brunson in the UFC — 15 for 15. (He is not on the official leaderboard, which require one to have faced a minimum of 20 attempts.)

9: Knockouts by Shahbazyan, who has ended all but one of his 11 career bouts by finish. Brunson has KOs in exactly half of his 20 career fights, including six first-round knockouts in the UFC.

3: UFC fighters younger than the 22-year-old Shabazyan. It’s just Chase Hooper and Kay Hansen (both 20), and Maycee Barber and Song Yadong (both 22). 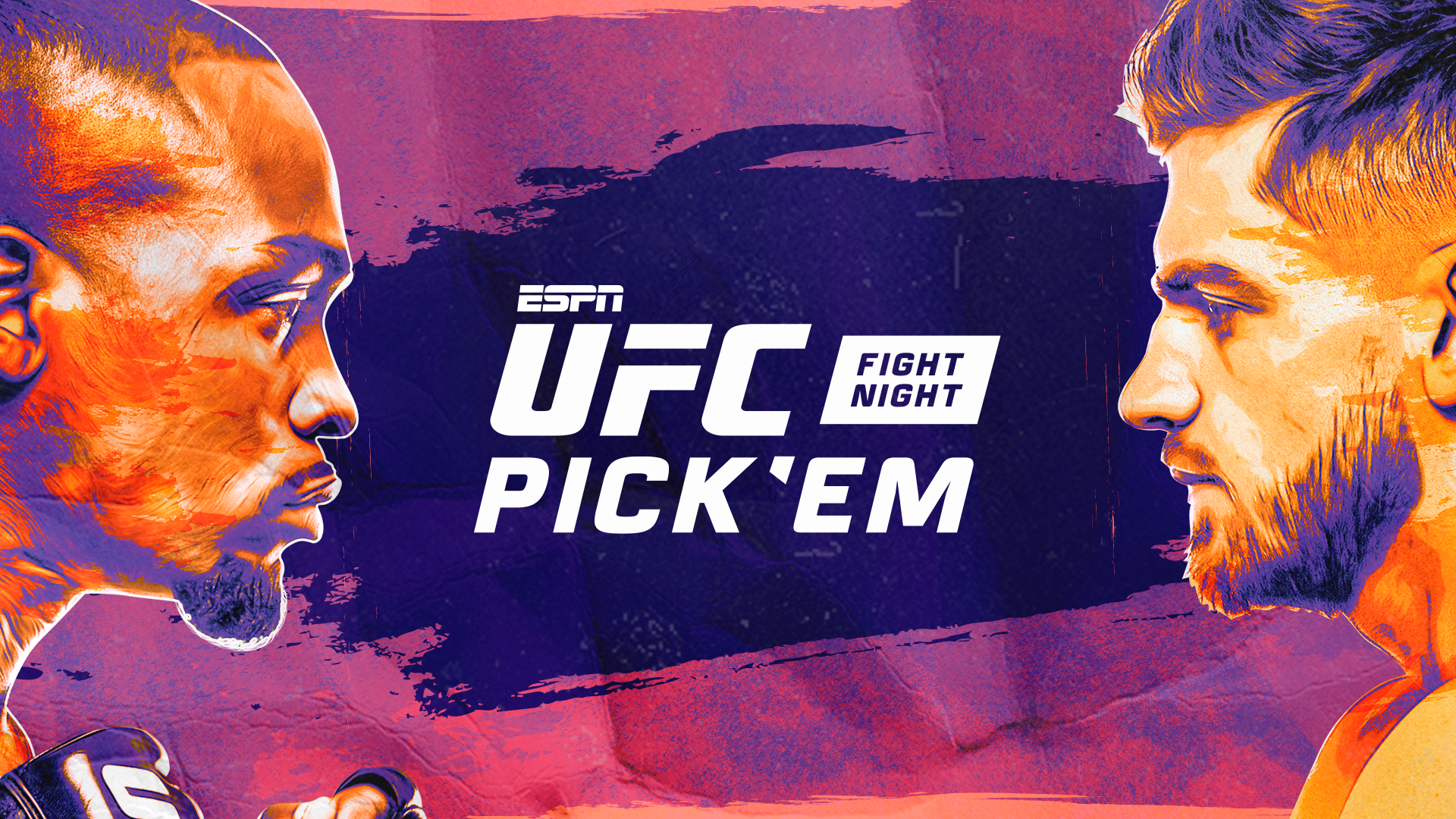 Make your Fight Night picks and play for a chance to win UFC 252 for FREE!
Make Your Picks

I really don’t know about Shahbazyan being a more than 3-1 betting favorite. That seems high to me, based on experience alone. And let’s not pretend Brunson is a below-average middleweight. He has come up short in many of his biggest fights, but he also has almost never lost to an opponent who wasn’t considered great. That’s the question, though. Will Shahbazyan end up being a great middleweight? I think so. I think the hype is real. And although I think it’s closer than 3-1, I like him here. Shahbazyan via second-round TKO.

The co-main event is risky business

Joanne Calderwood did not need to fight on this card. She was all lined up for a title shot after winning three of her past four bouts. But an injury to flyweight champion Valentina Shevchenko delayed matters.

Calderwood, a 33-year-old Scotswoman who is No. 4 in the ESPN divisional rankings, could have waited for Shevchenko to heal, but instead she opted to take this short-notice fight against ninth-ranked Jennifer Maia. The Brazilian, 31, had a two-fight winning streak snapped in her most recent fight.

Here are a couple of key numbers related to each fighter:

4: Flyweight victories, one shy of tying the division record held by Shevchenko and Katlyn Chookagian.

6.67: Significant strikes landed per minute in the UFC, the highest output in women’s flyweight history.

8: Consecutive fights that have gone to decision. (She is 6-2 over that span.)

1. Vicente Luque, who faces welterweight Randy Brown, is seeking his 12th UFC win. Since Luque’s debut in 2015, only former Blackzilians teammate Kamaru Usman, the champion, has more wins at welterweight (12). Luque’s most recent victory, a third-round TKO of Niko Price at UFC 249 on May 9, was his 10th finish, leaving him one shy of former champ Matt Hughes for second most in UFC welterweight history.

Monday through Friday, host Mina Kimes brings you an inside look at the most interesting stories at ESPN, as told by the top reporters and insiders on the planet. Listen

2. Lando Vannata meets Bobby Green in a rematch of their draw at UFC 216 in October 2017. That was one of two draws in Vannata’s career, making him one of four fighters in UFC history with multiple fights to be scored a draw.

3. Kevin Holland, who faces middleweight Trevin Giles, is returning to the Octagon after a win over Alexander Hernandez in May. Holland finished Hernandez at 39 seconds of the first round, the third-fastest knockout due to body strikes in UFC history.

4. Ed Herman, the runner-up in Season 3 of “The Ultimate Fighter” in 2006, will be competing in the Octagon for the 24th time when he faces submission specialist Gerald Meerschaert at light heavyweight. Herman is on a two-fight winning streak and is seeking his first three-fight winning streak since 2012.

5. In the event opener, Chris Gutierrez faces UFC newcomer Cody Durden at bantamweight. This will be Gutierrez’s first appearance since beating Vince Morales by leg kicks in May, making him one of 11 fighters with a finish due to leg strikes in UFC history.