UFC president Dana White has said the winner of Saturday’s main event — Stipe Miocic vs. Daniel Cormier — will be the greatest heavyweight ever. And the two fighters involved with UFC 252, not surprisingly, agree with the promoter.

Nobody would argue that either fighter isn’t great. Miocic’s three heavyweight title defenses are the most in UFC history, and Cormier is one of only two UFC fighters to hold titles in different weight classes simultaneously. And that just touches on their accolades.

Part of the problem in assessing that title is separating the greatest in UFC history from the greatest in MMA history. The UFC is relatively young, dating to the early 1990s, but it has achieved a global popularity that no other MMA promotion came close to reaching.

“I still think Pride had the best heavyweight division of all combat sports so far,” said Josh Barnett, who was the UFC’s heavyweight champ in 2002. “The way I see it, the UFC is a way for people on a much bigger scale to see this stuff. But just because more people have seen you fight doesn’t mean that you are a better fighter.”

Any conversation about the greatest heavyweight in history includes Fedor Emelianenko, who never fought in the UFC. His best days were with Pride, and he owns victories over six former champions from the UFC, Pride and Strikeforce.

“Just because you don’t know Fedor, doesn’t negate his previous accomplishments,” Barnett said. “To say definitively [Saturday’s winner is the best], this is just hyperbole based on what have you done for me lately, and people can only rate what they can see, but they’re overestimating their ability to make a claim based on the limited knowledge they have.”

But did Emelianenko compromise his legacy as the greatest ever by coming out of retirement in 2015 and continuing to fight past his prime?

“I have a soft spot for him,” said former UFC heavyweight champ and Hall of Famer Mark Coleman. “In my book, he’s one of the greatest of all time. If he would have stayed retired, then he’s in everyone’s conversation.”

ESPN contacted 10 former UFC heavyweight champs — and the current one — to assess the significance of Saturday’s fight, and asked whether it will produce that mythical title of “Greatest heavyweight in MMA history.”

If Cormier wins, he beat Stipe twice and Derrick Lewis, which was a joke fight for the heavyweight title. They gave it to him just so he could get a defense in. Put DC against all the guys Stipe has beaten, and then if he beats all those guys then he’s the best ever.

But if he beats Stipe twice? No.

The UFC 252 main event will feature one of the most highly anticipated trilogies in MMA history. Stipe Miocic, who holds the UFC record for consecutive heavyweight title defenses, will face former two-division champ Daniel Cormier on Saturday. Cormier won their first meeting and the heavyweight belt in 2018, and Miocic evened the score and regained the title the next year. In the co-main event, rising star Sean O’Malley will look to move to 13-0 when he meets Marlon Vera.

Stipe has to win this one to be the best of all time. He really does. But if he doesn’t, then it’s probably Fedor.

Fedor fought all the No. 1 guys of his era. All the guys he fought and beat have been in the UFC or were better than the UFC heavyweights. He was fighting monsters and killers in Japan.

This one is a huge one for Stipe’s legacy. It would solidify him, if he wins, as the best heavyweight ever.

The winner of that fight will be the best heavyweight of all time — for the moment. It depends what he does after that, though. It’s a lot easier to become the champ than to stay the champ.

Whoever wins this fight, if they retire, they’ll be talked about forever as the greatest of all time. If you keep going, you risk your legacy.

I would say the winner of DC vs. Stipe is the best heavyweight fighter of all time. Just because of the guys they beat.

I know that DC, if he wins here, and doing what he did in that first fight [knocking out Miocic in the first round], it just shows where he is.

They’ve both beaten every guy out there. They’ve legitimized their names in that category.

I did what I did in the time that I had. Stipe and DC have put in the work, man. All that stuff is well-deserved.

DC will win and he’ll be the greatest UFC heavyweight of all time.

No. I believe Stipe Miocic is a very good fighter, 100 percent. He’s the champion now. But all time? No. All time, for me, in my mind, is Fedor.

I would definitely put DC up there. But I’d also have to go with Randy Couture. He was the first of his time ever to go from heavyweight to light heavyweight, then back up to heavyweight. You look at the numbers, Randy Couture is definitely there — or at least right there with DC.

Every heavyweight doesn’t understand that the belt comes with a curse. And the curse is that every time it’s time to defend your title under all the lights, glamour and press and PR, you change your passion for glory. Almost like a Rocky story. It happens to everybody.

I believe the winner of this fight is definitely going to dictate their legacy. For me, DC has all the tools to do it. 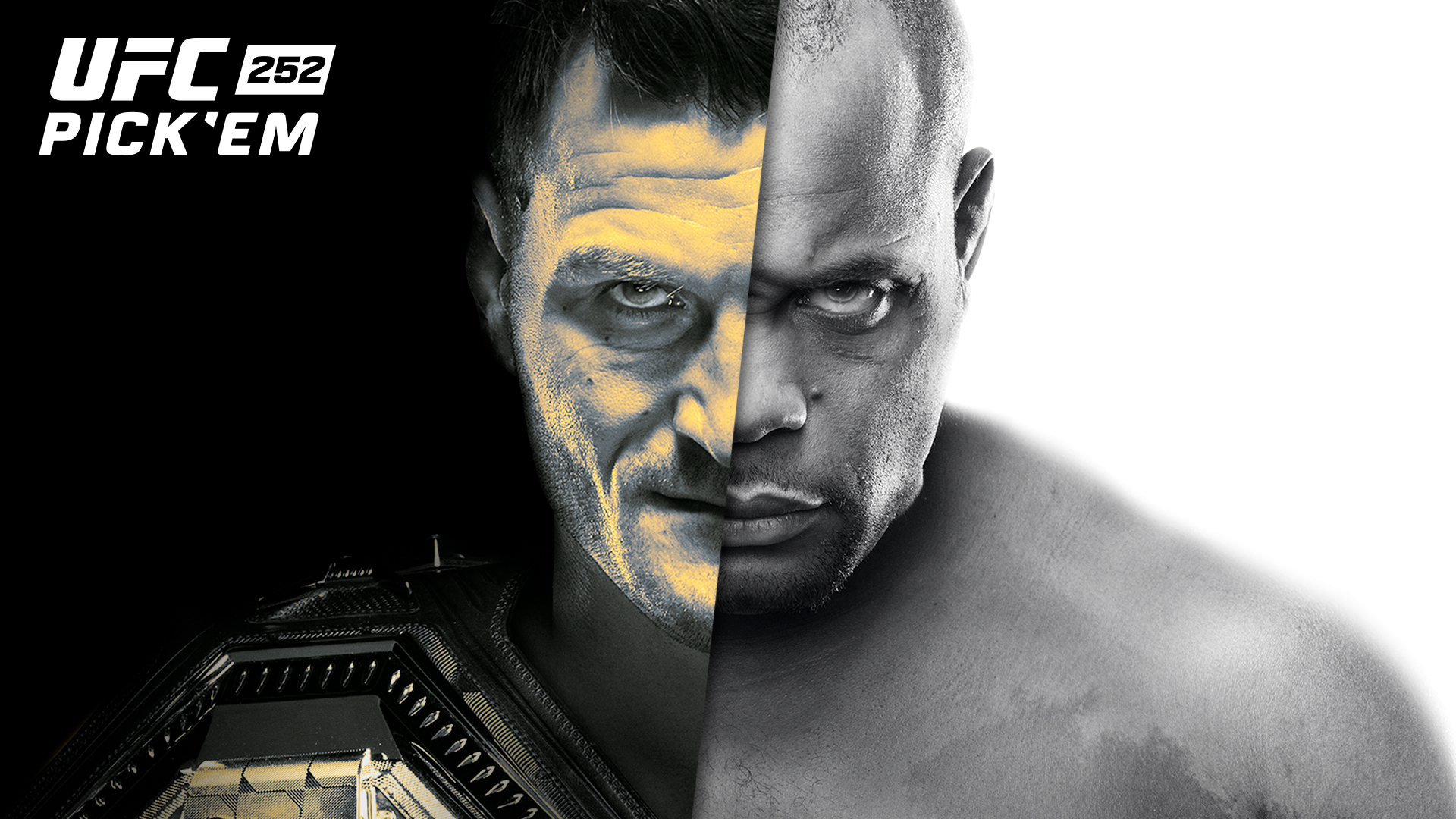 I think this is where Miocic is definitely going to take in the opportunity — you lock in his legacy for the rest of his life, which is important.

If you’re going to go by statistics, the numbers point to Miocic. He has defended the title more than anyone else. To me, he’s the best right now. Now, do I think what DC did at 205 and coming up to heavyweight is great? Yes. But he also never beat Jon Jones.

So, if you think about it, Randy Couture is the best, because he beat everybody that was the top contender at the time. You have to understand the time and era we were fighting in, too. Randy helped lift the sport.

No. It’s just another fight for the heavyweight title.

Neither of these fighters can make that claim, regardless of who wins.

Cormier has 24 fights, his finishing ratio is 67%, and it’s not a variety of skills even being showcased, and that goes for both of these guys. Cormier’s only submitted a few people, and it’s always been a rear-naked choke, a sleeper hold, and that’s because it’s been punching and someone turned over.

Stipe has a 79% finishing ratio, which is pretty damn impressive, not bad at all in fact, and it’s all KOs or TKOs, which is also very impressive. Stipe has 22 fights, which really isn’t all that many for a career. But he’s still fighting.

When I look at the bulk of their careers overall, and if I watch how they’re fighting, how they’re winning and how they’ve lost, and I compare that to say Fedor, at 46 fights and a 77% finishing ratio, and of those finishes, 15 are knockouts and 15 are submissions, he’s showing a more balanced, well-rounded game.

Then you have Alistair Overeem, who’s still a current competitor, and he’s got an 89% finishing ratio in 64 fights, not to mention being a K1 Grand Prix champion and Strikeforce champion.

And you’ve got Mirko Cro Cop, who had a very lackluster, in context to him, UFC run, he still had 49 fights and a 90% finishing ratio.

Hell, I have had 43 fights with an 81% finishing ratio, submitting and knocking people out, and I’m still fighting, so I’d like to put my name in that equation if possible.

I believe the winner of this fight can be considered the most solid heavyweight in the UFC, for sure.

I think Miocic has more stability because he was dominant for more years. Cormier is a legend of this sport, because he had a great career at heavyweight, went to light heavyweight, became the champion, came back to heavyweight and won the title there, too.

I already consider both as heavyweight legends but, without any doubt, the winner is going to make history.

I definitely think so. I think with all of our accolades, as they would say, I would think so. Maybe I’m already the best heavyweight ever and I’m defending two things at once — the belt and that. I’m not losing. I’m walking around with that belt still around my waist and my hand held up.

I believe this fight is for who is the best heavyweight fighter of all time. But I do believe that any time they make a short list of guys that they consider the greatest fighter of all time, I have to be in the conversation. That’s all you can really hope for — that your accomplishments stand tall next to anybody.