Shaking his head before Bruce Buffer even had the chance to finish reading the scores, Daniel Cormier stood in the center of the Octagon with his left eye nearly shut, and seemed to know what was coming. It’s a disappointment Cormier had felt a few times before in a combat sports career that, while often filled with great highs, had moments of heartbreak on a massive stage.

The 41-year-old from Cajun country is among the most genuine, engaging and smilingest people in mixed martial arts. Imagine what a satisfying career conclusion it would have been for Cormier and his fans if his final walk from the Octagon had been as a two-time heavyweight champion.

It was not to be. Cormier put up a fight befitting a man for whom there was no tomorrow, but Stipe Miocic showed off his pedigree as the greatest heavyweight in the sport’s history in winning a unanimous decision in the main event of UFC 252 on Saturday night in Las Vegas. 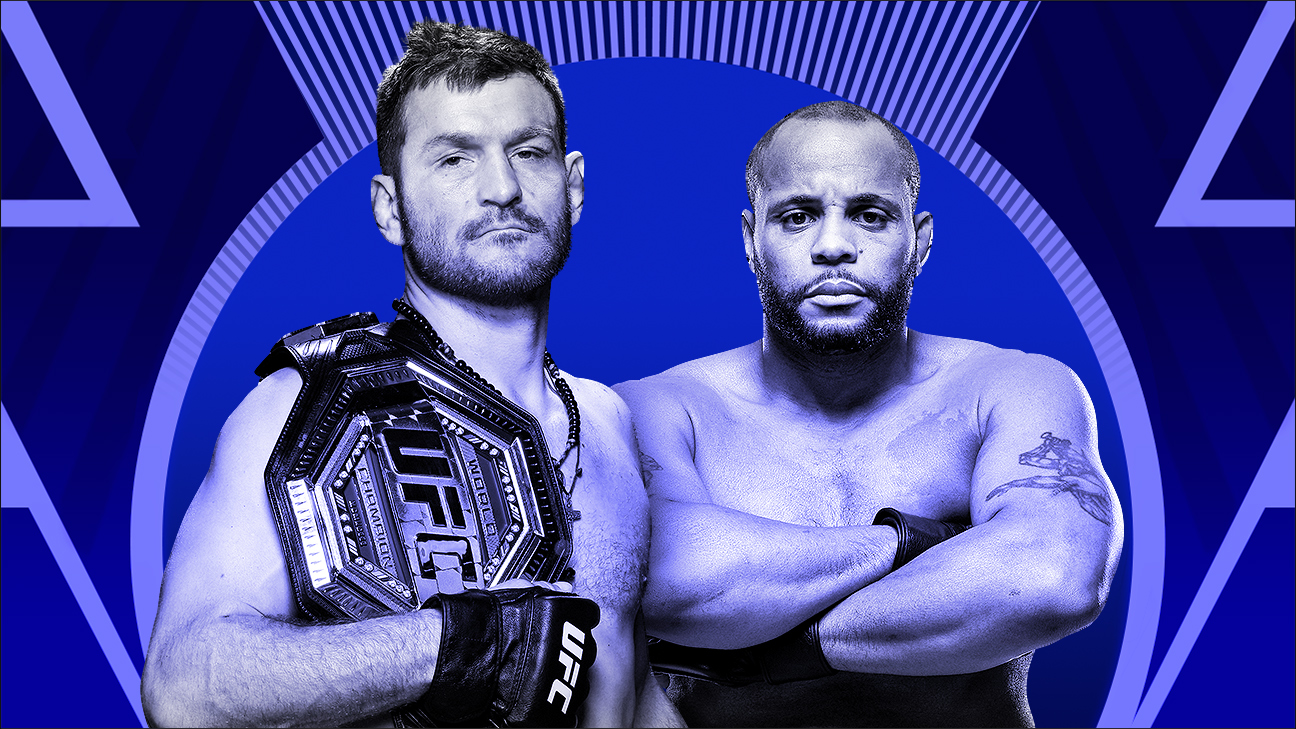 If the pay-per-view is purchased, all fights from UFC 252: Miocic vs. Cormier will be available to watch on ESPN+.

For Miocic, it was his fourth defense of the heavyweight throne, twice as many as any past UFC heavyweight has ever managed.

For Cormier, it was one final heartbreak in an athletic career that’s had its fair share of them.

“I’m not interested in fighting for anything but titles, and I don’t imagine that there’s gonna be a title [fight] in the future, so that’ll be it for me,” said a despondent Cormier afterward. “I’ve had a long run. It’s been great. I mean, I just fought my last fight for a heavyweight championship, and it was a pretty good fight.”

Cormier will be remembered as one of the greatest heavyweights in MMA history. He was only the second fighter to hold UFC belts in two weight classes simultaneously, and Cormier successfully defended his heavyweight title while holding both. He attained that status two years ago by knocking out Miocic, the all-time No. 1 heavyweight. DC is top five, for sure.

The most awe-inspiring thing about Cormier is that he is a believer who persevered. He has achieved and achieved throughout his life, but at so many of the twists and turns, there have been treacherous detours and gut-wrenching disappointments.

Cormier has spoken on many occasions about how, sprinkled throughout the career of an Olympian and world champion, heartbreak always found him. At the biggest moments, he ended up in second place. In 2001, Cormier finished second in the NCAA wrestling tournament. At the 2004 Olympics, his bid for a medal came up empty; after losing in the semifinals, Cormier lost his match for the bronze medal 3-2. In 2015, DC challenged Jon Jones for the UFC light heavyweight title and was unable to wrest away the belt.

And yet DC never ceased moving forward. Nothing stopped this man in his tracks.

The cruelest blow of all was dealt in Cormier’s rematch with Jones 2½ years later — and in the fight’s aftermath. Cormier was defending the 205-pound title he’d won after Jones was stripped for misconduct, and the official result that night was a no-contest because Jones ended up testing positive for steroids. But fans saw what happened inside the Octagon, and DC was endlessly reminded of it. Callous viral memes dwelled not so much on the breathtaking Jones KO but rather on the tears that flowed.

Tears. How dare he cry. How unmanly of Cormier to step barefoot into a cage with an unconquerable foe and put everything on the line, right? Only in the keyboard warrior world do the lionhearted get mocked for being fully human in the moment, for expressing the raw, scabby emotions at yet another second-place finish. The chiding of DC was misguided for countless reasons, not the least of which is that it neglected the most germane detail of his story: what happened next.

Chael Sonnen breaks down Stipe Miocic vs. Daniel Cormier and explains what the difference-maker was in Miocic’s unanimous decision victory.

The story of Daniel Cormier is incomplete without the recognition that he did not allow that temporarily-dethroning knockout to keep him down. Six months later, he was proudly defending the light heavyweight championship belt that had been handed back to him. And six months after that, he was adding a second UFC title, at heavyweight. His first-round knockout of Miocic in July 2018 stunned the MMA world.

It wasn’t that fans or pundits expected Cormier to be outmatched. No, what was shocking was the suddenness with which Miocic’s lights went out courtesy of Cormier’s sneaky right hook out of a clinch. DC had gone eight fights since ending one in the first round. And it had been five years since he had competed against a heavyweight. But there it was, the wham-bam highlight-clip moment Cormier needed to reach the rare status of double champ. It was the perfect viral video to outshine the tear-stained clip that had been haunting him.

Of course, this wouldn’t be a Daniel Cormier career trajectory without more heartbreaks.

The next one came in his title-fight rematch with Miocic almost exactly a year ago. But this time, even in the face of his latest momentous defeat, the reaction among fans was different. DC was celebrated more than he was castigated. He had been in control of the fight early, and for three rounds it was looking like this would be his night. But Miocic made smart, timely adjustments to pull off a comeback and seize back the heavyweight championship. In the end, each fighter had showed off what made him a champion. Both were recognized for that.

The way those first two meetings had ended added an intangible element to Saturday’s trilogy fight. Each man had felt — in his potent fists — the gratifying experience of knocking out the other. Both had been KO’d by the other. And they were coming off a fight in which one had displayed an aptitude for seizing command with a strong start, and the other had showed off the strength of spirit necessary to adjust in the middle of a fight.

And what we saw on Saturday only elevated the legacies of both heavyweights. For five rounds, they went back and forth, each withstanding the best that the other could dish out. Miocic overcame an early DC takedown and got stronger as the fight went on. Cormier survived a knockdown late in the second round and an eye poke in the third, yet kept pushing the champ right to the end.

For Cormier, that’s nothing more than cold comfort.

“It just sucks, you know?” he said. “Being on the losing end of two big fights and trilogies, it’s a very sad position to be in. But I will deal with it, as I’ve dealt with things in the past.”

There will be more chapters to the Cormier story. His preeminence as a TV broadcaster will continue to blossom, and he will keep on shaping and inspiring young athletes as a coach. And even though things did not go the way he had hoped in Saturday’s final-bow performance, Cormier did himself proud.

He did not walk off into the sunset in first place, but Daniel Cormier ensured that he will be remembered as one of the greatest to grace the Octagon.

Source: Bears’ Fields not expected to play at Jets
Key Areas To Focus For India In the Lead Up To The 2023 World Cup
Sources: Mavs to sign Kemba to boost backcourt
Fish, B. Bryan fined $10K for promoting gambling
Watch: Washington Sundar Stuns Cricket Fanatics With Exquisite Scoop Shot Off Matt Henry In 1st ODI