Hardik Pandya shared fun pictures with his family members on his Instagram story on Sunday. The all-rounder shared a picture with his grandmother and in the caption of his story Hardik wrote, “My Nani asked me to put this on insta”. He followed it up with another picture where he was seen posing with his uncle which was also uploaded on his Nani’s demand. Pandya in the post wrote, “FYI! She asked to put with Mama also.” He keeps his fans entertained on social media by constantly sharing photos and videos. 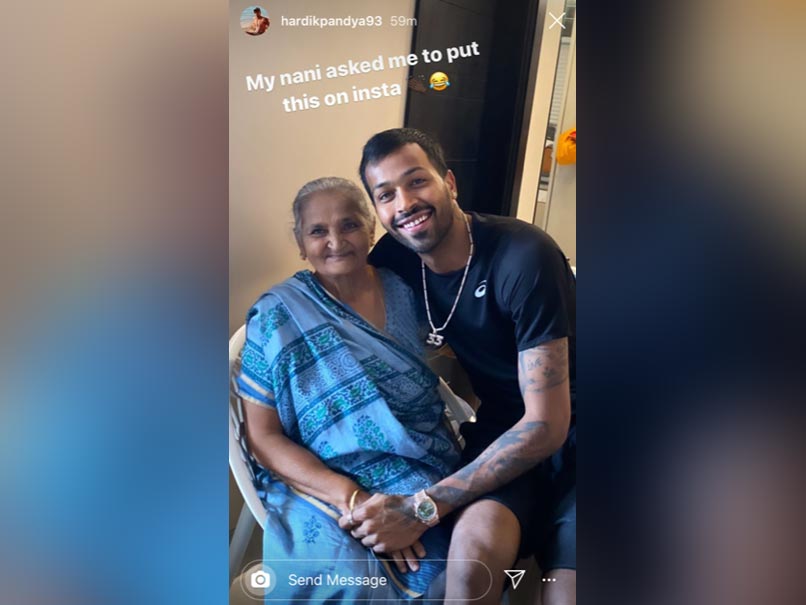 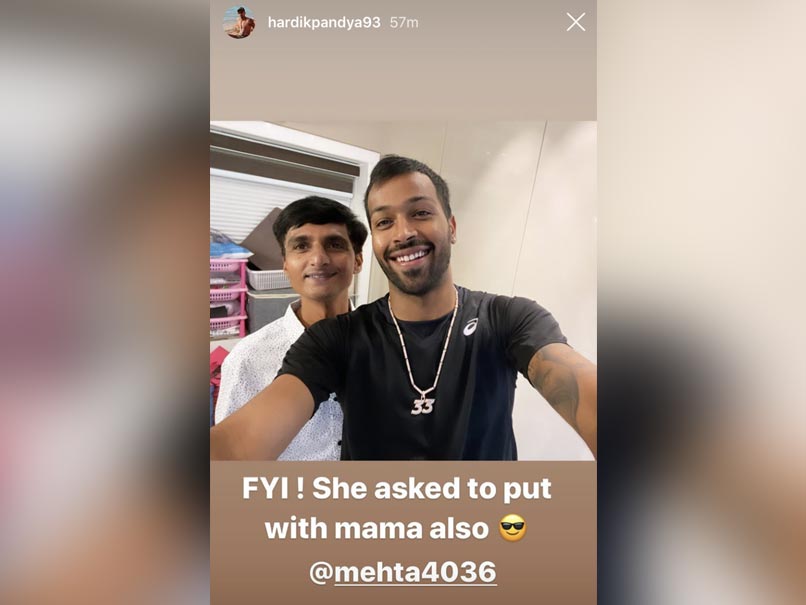 Hardik also shared a picture with his mama on instructions from his nani.

On Saturday, the fast-bowling all-rounder shared a post for former Indian captain MS Dhoni on his retirement. Hardik wrote, “There’s only one MS Dhoni. Thank you my friend and elder brother for being one of the biggest inspirations in my career. Will miss playing with you in the blue jersey but am sure you will always be there for me and keep guiding me @mahi7781.”

Pandya made his international debut under MS Dhoni’s captaincy against Australia in a T20 International back in 2016. Hardik was impressive with the ball and picked up two wickets in the game.

Hardik Pandya will be seen playing for the Mumbai Indians in the upcoming edition in the IPL which is set to begin from September 19 in the UAE. The final of the cash-rich league will be played on November 10 in UAE.