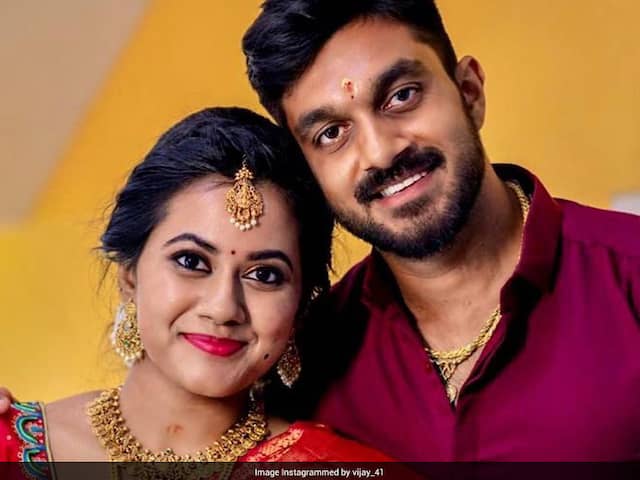 
India all-rounder Vijay Shankar announced that he has gotten engaged with an Instagram post on Thursday. Shankar uploaded two pictures with his fiancee Vaishali Visweswaran and captioned the post with a ring emoji. Many of his teammates rushed to congratulate him on the occasion. KL Rahul, Yuzvendra Chahal and Shreyas Iyer were among the cricketing stars who commented on his post, congratulating the all-rounder. Karun Nair, Abhinav Mukund and Jayand Yadav also congratulated Vijay Shankar, who was part of India’s squad for the 2019 World Cup.

“Congratulations bro,” KL Rahul wrote on Shankar’s post, to which he responded by thanking the wicketkeeper-batsman.

Shankar made his T20I debut for India in 2018 against Sri Lanka in Colombo. He made his ODI debut a year later in Melbourne against Australia.

Shankar has played 12 ODIs and nine T20Is for India. He was selected to go to the UK for the 2019 ICC World Cup as part of the India squad.

Vijay Shankar will play for the SunRisers Hyderabad in the upcoming season of the Indian Premier League (IPL). The SRH squad is set to fly out to the United Arab Emirates over the weekend ahead of the 13th edition of the cash-rich league.

The IPL, postponed due to the coronavirus pandemic, is being played in the UAE this year due to the rising number of COVID-19 cases in India.

The tournament is set to get underway on September 19.