It was a night of upsets and comebacks, but most of all, Saturday’s UFC Fight Night was a showcase for a 38-year-old veteran who proved he’s not done yet.

Frankie Edgar pulled out a split-decision win over Pedro Munhoz in his bantamweight debut. Should he have dropped to bantamweight sooner as many suggested? Perhaps, but for now, the discussion is about who’s next for Edgar and for the hard-luck loser Munhoz, whom some thought deserved the decision.

Earlier in the evening, Shana Dobson scored the third-biggest upset in UFC history with a second-round TKO of Mariya Agapova after entering the fight as a +850 betting underdog. Trevin Jones opened the night as a +425 underdog, and after getting dominated in the first round, his chance of winning seemed even more remote. But Jones turned in an incredible comeback to pull out the win. Which upset was more impressive?

ESPN’s panel of Ariel Helwani, Brett Okamoto, Marc Raimondi and Phil Murphy take a look at the winners, the losers and the up-and-comers.

The right fit for Frankie Edgar

Henry, Edgar’s long-time boxing coach/head coach, has been telling me and every other media member for years that Edgar should move down to 135. And this was before Edgar moved to 145. But Edgar was always hesitant for one reason or another. Heck, he would even get mad if you asked him about it later on in his career (because he was asked so often about it). But, guess what? Henry was right. This is without a doubt the best weight class for Edgar at this moment in his career, and I can’t help but wonder where he’d be had he moved down earlier. 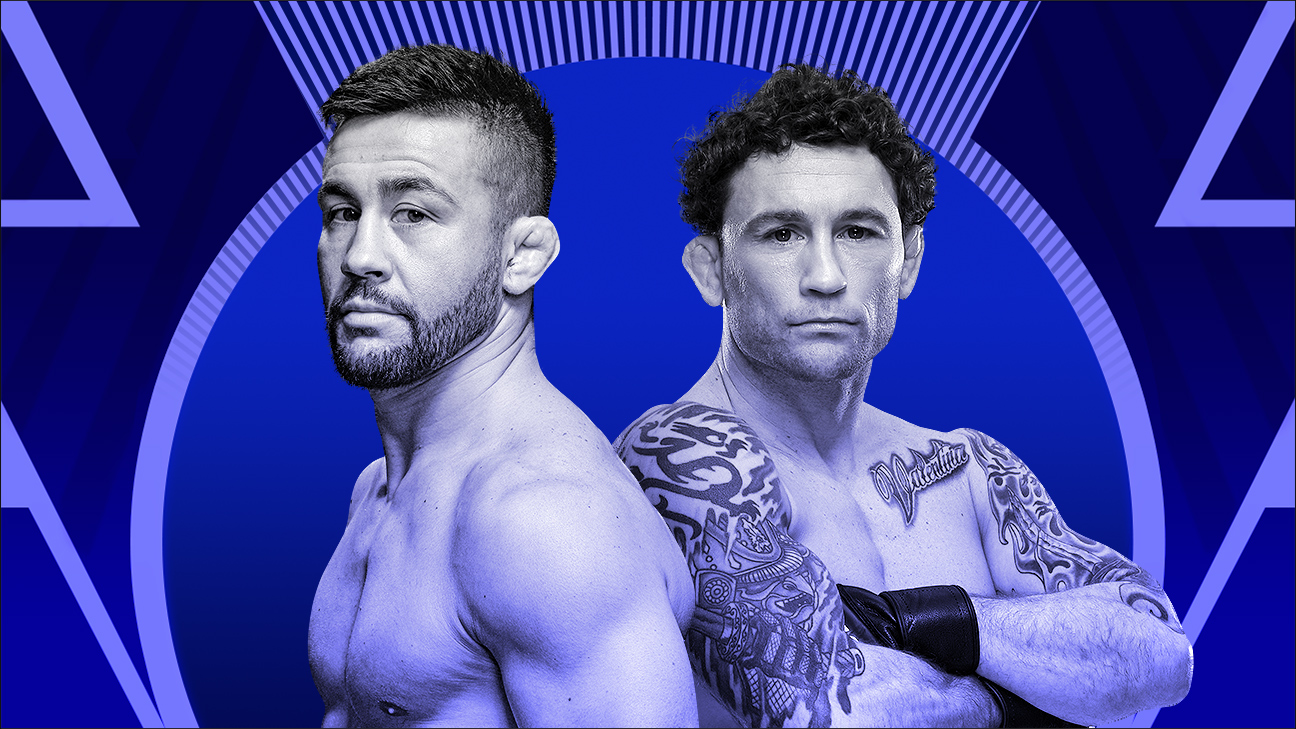 All fights from UFC Fight Night: Munhoz vs. Edgar will be available to watch on ESPN+.

Now, I should mention that I thought Munhoz won 48-47, but believe it or not, that feels like it’s besides the point. Edgar was the story on Saturday night. He looked quick, sharp and tough. Did he get hit a lot? Yes. Very much. But for a guy who lost three of four coming into Saturday, including two KO/TKO losses, Edgar proved he is still a player and, perhaps more importantly, can still take a punch.

I feel for Munhoz because he fought valiantly, but them’s the breaks. Edgar, with that Jersey-sized chip on his shoulder, reminded everyone that he’s not done yet. And that was pretty cool to see, considering the legend he is. You’d be hard-pressed to find anyone who’ll say anything bad about Edgar. One of the sport’s true good guys has one more act left in him, and I am curious to see how this plays out.

Now, who do I have to talk to see Edgar fight Dominick Cruz next? How much fun would that be?

Who’s next for Edgar?

Sean O’Malley would be the perfect opponent. Yes, technically O’Malley is ranked lower than Munhoz and he’s coming off a loss last week to Marlon Vera. Fine. But O’Malley is one of the hottest names in the division, someone many peg as a future star. A win for either man in an Edgar vs. O’Malley bout would be incredibly valuable. It would be a high-profile, Fight Night main event — no doubt. Or even a pay-per-view co-headliner, like O’Malley was at UFC 252. For O’Malley, it would be a chance to gain a win over a legend in Edgar and a litmus test against someone incredibly tough-minded and durable. Edgar also has excellent wrestling, something O’Malley has not seen a ton of yet.

What’s in it for Edgar? It’s another chance to beat a hot prospect, like he did against Yair Rodriguez in 2017. O’Malley presents some stylistic advantages for Edgar that some in the very elite at bantamweight would not. And if Edgar wins a second straight at bantamweight, you know with his name he’d be right in the mix as far as title shot talks. The matchup would be a perfect one for the UFC. You either help build a brand-new star or help to further the lore of a future Hall of Famer.

What’s next for Munhoz?

Frustration, I have to believe. It was right there for Munhoz. It looked like he was starting to take control in the third round. Everything was in his favor. Edgar’s lead leg looked compromised. He was headed to the fourth and fifth rounds, against an older opponent. The fight was in the smaller Octagon, which favors Munhoz’s forward style over Edgar’s in-and-out. It was all in his favor, and then a legend of the sport found a way to pull it out via split decision.

Munhoz is very, very talented, but he loses a lot of momentum from this one. I think next up is sort of just … next up. Cody Stamann makes sense. Stamann is ranked and coming off a loss to Jimmie Rivera. That’s a good fight, but not a fight that will really get people excited, which is obviously what Munhoz was hoping for coming off a main event slot against a former champion.

Who had the most impressive upset?

It’s rare to have underdogs as heavy as Trevin Jones (+425) and Shana Dobson (+800) win in the same month, let alone on the same card. According to ESPN Stats & Info Group, multiple underdogs of +400 or greater had not won at the same UFC event since SIG began reliably tracking that data in 2007.

Dobson found holes in Mariya Agapova’s attacks in the first round, twice getting the 23-year-old on her back and once working toward an armbar. Dobson’s gas tank, toughness and savvy won that fight.

Jones, meanwhile, was brutalized in the first round, absorbing heavy kicks with such regularity that every judge scored the opening stanza 10-8 against him. Timur Valiev opened the second round with more kicks to the body and head. Jones, adeptly, waited for the opportunity to throw what proved a decisive counter right hook.

No amount of cardio issues for the favorite can explain Jones’ knockout. It was a perfectly timed — and perfectly placed — punch, and it came from absolutely out of nowhere.

Which prospect turned in the best peformance?

Amanda Lemos dropped all the way from 135 pounds to 115 pounds, and the change is paying huge dividends.

The Brazilian has won two straight and looked extremely quick and strong against Mizuki Inoue on Saturday. Lemos also has the kind of pop in her hands that is not often seen at 115 pounds. She is 33 years old, but with only nine career fights, the future certainly looks bright for the hard-hitting “Amandinha.”