So many MLB no-hit bids end one out away from fame and glory. Maybe the pitcher tightens up. Maybe his luck runs out. Maybe the batter just hits a good pitch. It appeared that Lucas Giolito‘s luck for the Chicago White Sox ended on his 101st pitch Tuesday against the Pittsburgh Pirates, when Erik Gonzalez lined an 0-2 fastball to right field.

“That last one, man … oh my god,” Giolito said after the game. “[I threw it] right down the middle. … Right off the bat, I saw hard contact. I saw line drive. I thought, ‘Ahh, man, I’m going to be that guy. I’m going to give it up on an 0-2 count with two outs.’ Luckily we have one of the best outfielders in the game playing right field.”

It looked like a sure hit, a low 102 mph screamer. Indeed, it had an 85% hit probability, the highest of any ball in play hit off Giolito in the game. But right fielder Adam Engel was shaded in and toward the line. He got a good read on the play and plucked the ball off the tops of his shoes to finish the first no-hitter of the season and the 19th in White Sox history.

“There’s always one out in a no-hitter,” Giolito said. “I guess that was the one.”

It was the most dominant no-hitter in White Sox history — and that’s saying something because only the Dodgers have thrown more. Giolito finished with 13 strikeouts, making him the first White Sox pitcher to record double-digit strikeouts in a no-hitter. His game score of 99 is the highest in franchise history for a nine-inning game and the highest since Wilbur Wood put up a 99 while throwing an 11-inning shutout in 1974.

Before that final out, shortstop Tim Anderson preserved the no-hitter in the top of the seventh with a nice play on Bryan Reynolds‘ two-hopper up the middle. Shifted to the right side of second base for the left-handed Reynolds, Anderson ranged back to the shortstop side of the bag and made a nice off-balance throw to nip the speedy Reynolds, with first baseman Jose Abreu digging the ball out of the dirt.

After the third out of that inning, Giolito admitted that’s when he started thinking about a no-hitter. “After the seventh, all right, six more outs to go. Looking at who I was facing, it became very, very possible,” he said. 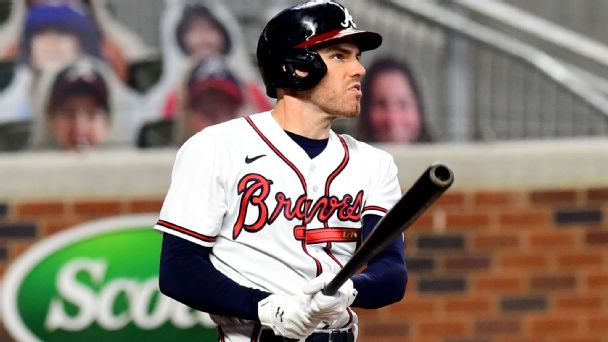 Despite all the strikeouts, his pitch count remained low and was a nonfactor. Giolito gave credit to catcher James McCann, saying he shook McCann off just once all night. Working quickly, Giolito cruised through the eighth with two strikeouts and a foul popup to first base. He fell behind Jarrod Dyson leading off the ninth with two balls but then got three strikes, including two swinging on his changeup. Jose Osuna fouled out to right field on a 1-2 slider, and then Gonzalez swung and missed at two sliders before Giolito tried to power a fastball past him.

Lucas Giolito gets Erik Gonzalez to line out to right field to finish off his no-hitter as the White Sox beat the Pirates 4-0.

There were a lot of swing-and-misses in this game for Giolito. He recorded 30 of them, the second most in any no-hitter since 1990 (Nolan Ryan had 31) and the most by a White Sox pitcher in any game of the pitch-tracking era (since 1988), topping Chris Sale’s 29.

As Jeff Passan tweeted, “Lucas Giolito is a baaaaaad man.” Do you want to face him in the first game of a best-of-three series? After allowing seven runs on Opening Day, he’s 3-2 with a 3.09 ERA, with 58 strikeouts in 43⅔ innings and a .180 batting average allowed. 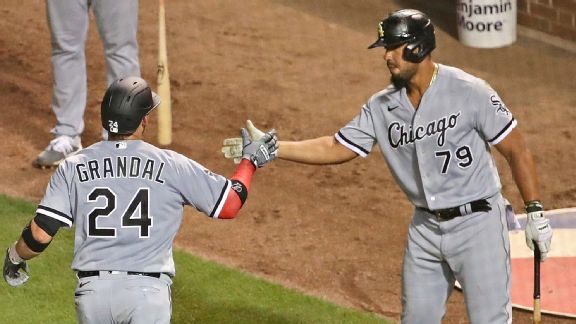 A look at the players helping lift the Sox to their first winning season since 2012. Story »

He has had quite the turnaround since 2018. That was his first full season in the majors, his second with the White Sox since he came over from the Nationals in the Adam Eaton trade, and it was not a pretty season. Giolito finished 10-13 with a 6.13 ERA, the worst ERA among qualifiers. He allowed the most earned runs and the most walks in the American League, hit 15 batters and averaged 6.5 strikeouts per nine innings. For a pitcher some analysts had once regarded as the best pitching prospect in the minors, it was a disappointing season, with the type of results that can ruin a young pitcher.

He also made a couple of other key adjustments. He ditched his sinker and started throwing his changeup a lot more. That pitch was effective for him in 2018, but he increased its usage from 15.7% to 26.2%. He’s throwing it even more in 2020: 34.4% of the time. In some ways, the changeup is his best pitch. He still has a wipeout he uses to put away right-handed batters, but the changeup makes his fastball even better.

In an interview Monday with MLB Network, Giolito said he learned the changeup while rehabbing from Tommy John surgery and fooling around with different grips after the Nationals drafted him in 2012. Giolito fell to the 16th overall pick because of that injury, but after a big season at A-ball in 2014, he became a top prospect and made his debut with the Nationals in 2016. Even though he struggled in that initial big league stint, it was a surprise when the club included him in the Eaton deal.

Obviously, the deal worked for the Nationals, with Eaton playing an important role in their World Series championship. The deal has also worked out very well for the White Sox.

Serrano is headed to Ireland, Baumgardner has plenty of options and Ali continues to improve
‘We’re wired to go after it every year’: Patrick Mahomes and the Chiefs are built to last
Suryakumar Yadav Reaches Career-High Rating In ICC Rankings
“Have A Simple Rule”: Hardik Pandya’s Mantra On ‘Life And Captaincy’
Coric, Croatia seal berth in Davis Cup group stage