Football is back on ESPN this weekend, and it’s not just college football being played. The high school prospects are also going to be in the spotlight in the ESPN Geico High School Football Kickoff.

It starts with two games Friday, including St. Paul’s (Alabama) taking on Spanish Fort (Alabama), followed by Corner Canyon (Utah) and Bingham (Utah). The first game on Saturday is Trinity Christian (Texas) playing against Knoxville Catholic (Tennessee), and there will be a familiar face on the field.

Deion Sanders is the offensive coordinator for Trinity Christian and has had the opportunity to coach his son, Shedeur, for the past three years. The younger Sanders is an ESPN 300 quarterback in the 2021 class, currently committed to Florida Atlantic, and has had a ton of success with his father calling the plays.

Shedeur, a 6-foot-2, 200-pound recruit in Cedar Hill, Texas, along with his dad as his offensive coordinator, have led Trinity Christian to three straight state titles.

The weekend showcase will kick off on Friday at 7 p.m. ET on ESPN, when Oregon fans will get a chance to see Ducks tight end commit Christian Burkhalter and Spanish Fort play St. Paul’s in Alabama. 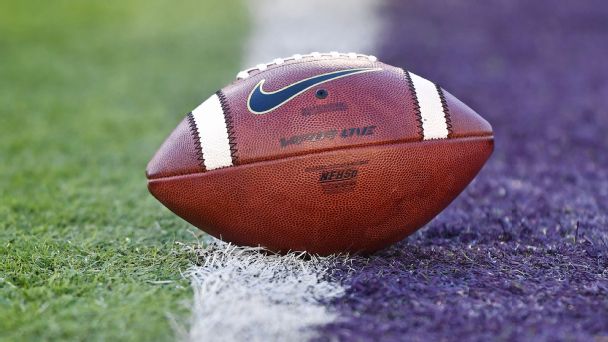 The final game of the weekend — Pickerington Central (Ohio) against Pickerington North (Ohio) — was supposed to feature the biggest name of any in the 2021 class in defensive end Jack Sawyer, who is the No. 1-ranked prospect overall.

Sawyer, an Ohio State commit, announced on Aug. 14 he will forgo his senior season to prepare for January enrollment.

The 6-foot-5, 230-pound prospect said the probability of a spring season happening in the Big Ten weighed into his decision. It’s not known yet if midyear enrollees will be eligible to play in a spring season, or a January or February start, but there is some hope from college coaches that incoming freshmen could play in the spring and fall while only counting toward one year of eligibility.

The game will still have ESPN 300 wide receiver Lorenzo Styles Jr., who plays for Pickerington Central and is committed to Notre Dame, as well as Northwestern safety commit Garner Wallace.

All in all, it’s a big weekend of high school football slated with names that will eventually be featured at the college level.