The long-awaited 2020 Tour de France will get under way two months later than planned in Nice on Saturday, but it will do so without four-time winner Chris Froome and 2018 champion Geraint Thomas.

One of the most dramatic editions in the history of the race was won by the Britons’ team-mate Egan Bernal last year – so who will star in 2020?

BBC Sport takes a look at some of the riders who could light up the next three weeks of racing. 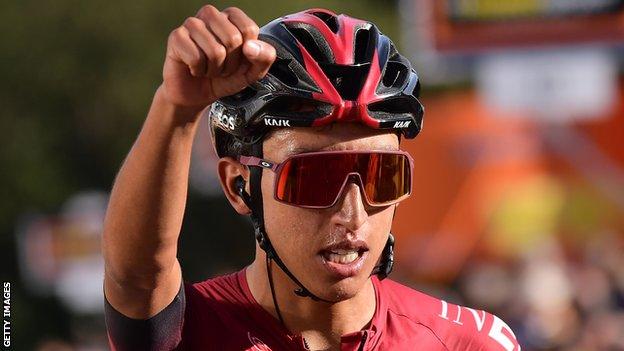 A climbing specialist, born in central Colombia at an altitude of 2,650m, Bernal should flourish on what appears a punishing route in 2020 which sees serious climbs in the Alps from the opening weekend.

An ascent to the highest point of this year’s race – the Col de la Loze at 2304m – on stage 17 looks set to determine who will have the legs to fight for the yellow jersey in the final stages, and Bernal could very well be setting the pace by then. 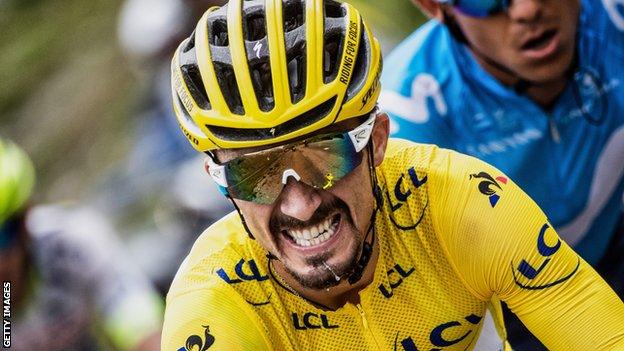 France’s Julian Alaphilippe donned the yellow jersey in swashbuckling style for 14 days of the 2019 race, before agonisingly conceding the overall lead to Bernal on an extraordinary 19th stage to Tignes.

The aggressive Deceuninck-Quick Step rider, 28, eventually ran out of gas after fighting valiantly for every second through battles in the Pyrenees and into the Alps, as well as stunning the field by winning a technical time trial in Pau to put his GC credentials on full display as he sought to deliver his nation’s first victory at the Tour since 1985.

Victorious or not, there are sure to be sparks if Alaphilippe is in the mix once again. 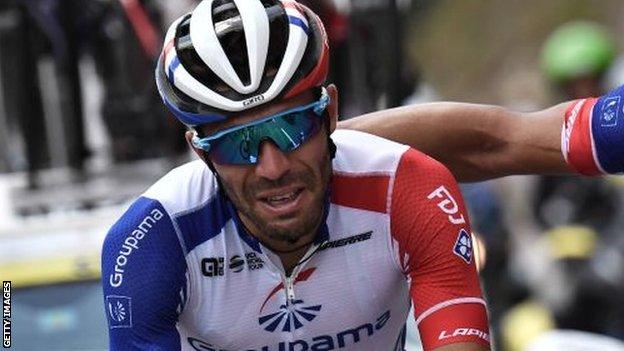 A heartbreaking conclusion to Thibaut Pinot’s 2019 Tour saw the tearful French hopeful forced to abandon the race through injury on stage 19 when placed fifth.

Pinot recorded a mightily impressive victory on the Tourmalet as he appeared to grow in strength last year, and in the 35th year since a French rider won the general classification, the 30-year-old looks set to shoulder the hosts’ GC hopes once more.

A second-placed finish at the Dauphine – typically the final warm-up race for the Tour – is room for optimism, though it perhaps should have been better for Pinot, who inherited the race lead after Primoz Roglic’s withdrawal but conceded 41 seconds to winner Daniel Martinez on the final stage. 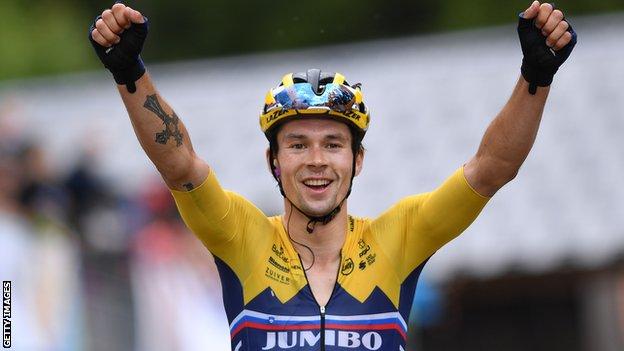 The 30-year-old Slovenian has been in hot form since cycling returned after the coronavirus pandemic, winning the Tour de l’Ain from Bernal and leading the Criterium du Dauphine before pulling out with crash-related injuries.

Should the 2019 Vuelta a Espana champion – who also took third at last year’s Giro d’Italia – make a full recovery in time, Roglic, backed by a strong Jumbo-Visma team also victorious at Milan-San Remo and Strade Bianche, is perhaps best positioned to ruin the best-laid plans of Ineos. 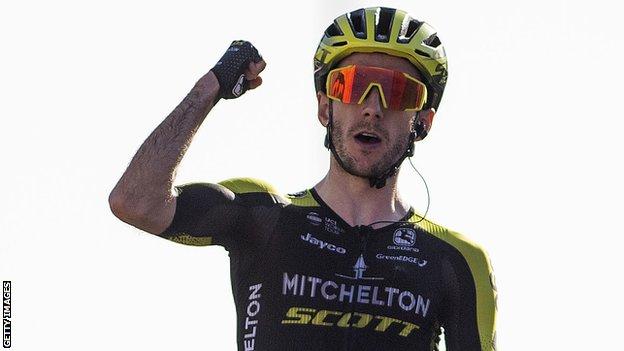 Though the absence of Froome and Thomas means British interest is somewhat reduced in this year’s Tour, Adam Yates is well positioned to provide the entertainment as part of Mitchelton-Scott’s stage-hunting team.

With a move to Ineos in 2021 confirmed, Yates, 28, will be seeking the first Grand Tour stage win of his career on a course that should play to his climbing credentials with no apparent GC distraction.

The best young rider four years ago when he placed fourth overall, and winner of the UAE Tour in February, Yates could find himself in the mix for the polka-dot King of the Mountains jersey as the riders contend with eight mountain stages throughout a course encompassing all five of France’s major mountain ranges. 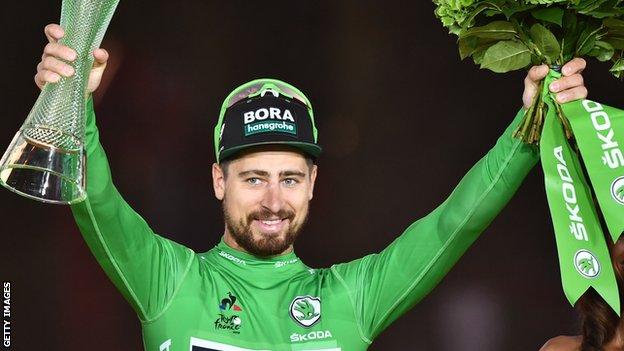 Slovakian Peter Sagan will be looking to add a record-extending eighth green jersey at the Tour de France, having won the points competition a staggering seven times in the past eight editions of the tour.

The 30-year-old three-time world champion, whose only failure to win green arrived in 2017 after he was disqualified for his role in a crash with Mark Cavendish, is the undisputed king of the points competition and will be on a mission to add to his 12 previous stage wins.

It is a near certainty that the versatile Bora-Hansgrohe rider will be an unnerving presence among the bunch sprints and punchy climbs once again. 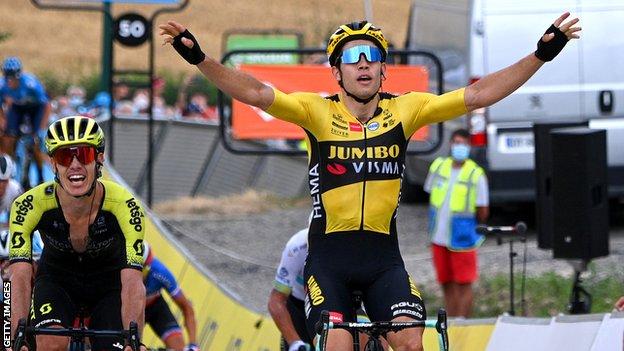 While Sagan is so often a certainty for success in the green jersey competition, Belgian 25-year-old Wout van Aert could very well push him in 2020.

Though he has ruled out an attempt to dethrone Sagan in favour of supporting Jumbo-Visma’s very realistic GC aspirations, it is not difficult to imagine Van Aert’s red-hot form – winning Strade Bianche and Milan-San Remo this year – also reaping considerable personal reward.

Formula 1 will not replace cancelled Russian Grand Prix in 2022 calendar
Osaka talks before French Open: ‘I think I’m OK’
Smart, Giannis headline NBA’s All-Defensive team
Rickie Fowler is trying to find pieces of the past while staring at an uncertain future
Magic win NBA draft lottery; OKC to select No. 2