It’s MLB trade deadline day, usually a day of anticipation and hopefully much wheeling and dealing before the 4 p.m. ET Aug. 31 deadline arrives. We’ve already seen a half-dozen or so interesting deals, although no blockbusters. That’s not necessarily a surprise, given the major issues affecting this year’s trade market:

1. With the expanded playoffs and shortened season, a lot of teams are still in it, limiting the number of obvious sellers.

2. Teams are reluctant to take on additional payroll in a season in which they’re going to lose money.

3. You can trade players only from the team’s 60-man eligibility list, so most of the Class A types who are often in these trades aren’t eligible (which is why several of the trades so far included players to be named later).

What might happen on Monday? Buster Olney reported on Sunday Night Baseball that there is a growing expectation that there might be a flurry of deals, even given the financial issues. Here are some key questions, rumors and needs.

What has happened so far?

We’ve had a few deals that might be labeled B-level trades — although those are sometimes the ones that pay huge dividends in October. Think of last season when the Nationals acquired Daniel Hudson, who ended up saving four games in the postseason and closed out Game 7 of the World Series.

• The Padres acquired reliever Trevor Rosenthal from the Royals, first baseman Mitch Moreland from the Red Sox and catchers Jason Castro from the Angels and Austin Nola from the Mariners. With Kirby Yates injured and Drew Pomeranz just activated off the IL, the Padres have been scuffling in late relief, and Rosenthal pitched well for the Royals with 21 K’s in 13⅔ innings, a surprise after his disastrous 2019. With Eric Hosmer locked in at first base, Moreland should take over the DH duties against right-handed pitchers. Padres DHs haven’t been that bad — 13th in the majors in OPS — but Moreland had been scorching the ball for the Red Sox with a .328/.430/.736 line. Padres catchers are hitting .136.

• The A’s upgraded at second base or DH, flipping Franklin Barreto to the Angels for Tommy La Stella, who provides a different look for the Oakland lineup. The A’s have the fourth-worst strikeout rate in the majors, and La Stella has been toughest hitter in the majors to fan.

• The Cubs added DH/OF Jose Martinez from the Rays. Martinez has a career .319 average and .946 OPS against lefties and the Cubs have hit just .208 with a .659 OPS against southpaws.

• The Braves acquired lefty Tommy Milone from the Orioles, with whom the veteran was 1-4 with a 3.99 ERA and an excellent 31-to-4 strikeout-to-walk ratio in 29⅓ innings. He got rocked in his Braves debut on Sunday, giving up seven runs and two home runs in 2⅓ innings.

• Then we have the other reliever trades: Brandon Workman and Heath Hembree from the Red Sox to the Phillies, and Mychal Givens from the Orioles to the Rockies.

OK, who are some of the big names who might be available?

Like every trade deadline, acquiring a top-of-the-rotation starter is the holy grail for a general manager. As always: Good luck. The options appear even more limited than normal. 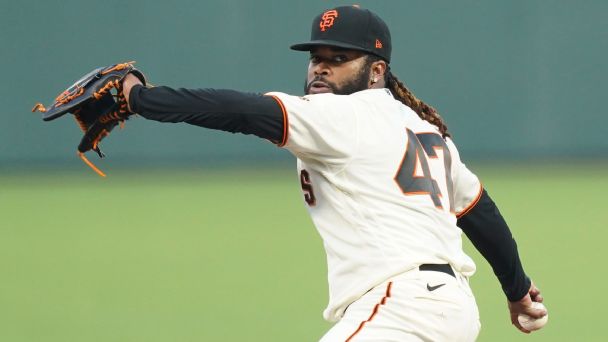 • Rangers RHP Lance Lynn. Olney suggested that there is a growing belief among executives that Lynn will be traded. The 33-year-old veteran has been one of the top starters in the league over the past two seasons and is 4-1 with a 1.93 ERA while holding batters to a .165 batting average. OK, that won’t continue — see that .198 BABIP? — but Lynn is a workhorse who misses bats. He’s signed through 2021, so there’s additional value. There should be a lot of interest from the Twins, Padres, White Sox, Blue Jays, Yankees, Braves and A’s. Maybe even the Dodgers, who don’t really have a rotation hole, but Lynn would fit in nicely behind Walker Buehler and take pressure off Clayton Kershaw in October. Rookie Dustin May has a 2.83 ERA but hasn’t been missing bats, just 5.9 K’s per nine innings, so maybe he’s more of a bullpen guy in the postseason. With Mike Minor a free agent, Kyle Gibson and Jordan Lyles pitching poorly and Corey Kluber injured, trading Lynn means the Rangers would once again be looking to rebuild their rotation for 2021, but this looks like a franchise stuck in the mud.

• Cleveland RHP Mike Clevinger. He might be less likely to be dealt than Lynn, but the buzz got louder Sunday night. Cleveland needs offense and might feel it has enough rotation depth with Shane Bieber, Carlos Carrasco, Aaron Civale, Zach Plesac and Triston McKenzie. Clevinger still has two more years of team control, which means trading for him will be expensive, but keep in the mind that the team was really ticked off at him (and Plesac) for violating COVID-19 protocols. Given the pay bump he’ll get next year, however, he’ll be a trade candidate in the offseason, so Cleveland might deal him now if teams can meet what the Indians want in return. But this team can ride that rotation to a deep run in the playoffs, even with a subpar offense, so Cleveland’s best bet to end that World Series drought — 1948, folks — probably includes keeping Clevinger. The Dodgers might be calling here as well — remember, they made splashy trades in 2017 (Yu Darvish) and 2018 (Manny Machado).

• Reds RHP Trevor Bauer. He’s a free agent this offseason and the Reds are currently out of the playoff picture, but they’re not that far out of it, and they went all-in for 2020, making it unlikely they give up on the season by dealing Bauer. Even if the Reds squeeze in as the eighth seed, they could get hot in October with Bauer, Sonny Gray and Luis Castillo in the rotation.

Who else is out there?

• Giants RHP Kevin Gausman might be the best of the rest of the starting pitchers. He’s 1-2 with a 4.54 ERA but has a 3.31 FIP and 48 K’s with only eight walks in 35⅔ innings. He could fit with the Braves, who might still be looking for rotation help even after acquiring Milone, but remember that Gausman was so bad with the Braves last season that they released him. Another option could be Dylan Bundy, who has been very good in his first season with the Angels (2.47 ERA, 0.94 WHIP). 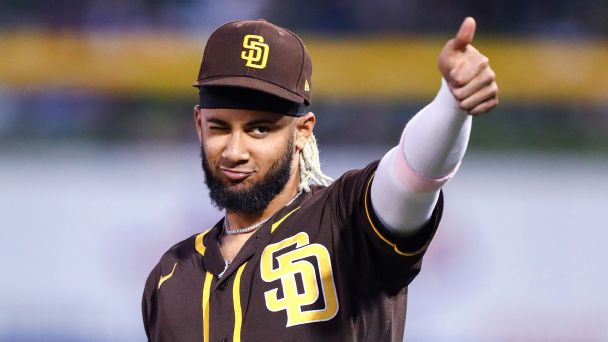 • The most interesting “sell” team might now be the Diamondbacks, languishing in last place in the NL West and ahead of only the Pirates and Nationals across the NL. Robbie Ray is having an abysmal year (31 walks and a 7.84 ERA in 31 innings) and is a pending free agent, but he’s a power lefty who misses bats. Maybe a team will gamble that a change of scenery will help him out. Outfielder Starling Marte could be another fit for Cleveland, and reliever Archie Bradley has value as a closer or setup guy.

• Will the Nationals punt? They’re in 14th place in the NL and seven games under .500. Their pending free agents include catcher Kurt Suzuki and infielder Asdrubal Cabrera, and outfielder Adam Eaton has a team option for 2021.

What are some holes teams may be looking to fill?

• Astros bullpen. Houston is 14th in bullpen ERA, but 23rd in bullpen win probability added. With Roberto Osuna out for the season, Ryan Pressly is the only healthy veteran reliever. Bradley is a fit here.

• Reds bullpen. The Reds have a 5.23 bullpen ERA and rank 25th in win probability added. Bradley fits here as a setup guy to Raisel Iglesias.

• A’s shortstop Marcus Semien had an MRI after experiencing soreness on his left side, which left Matt Chapman to fill in at short Saturday, but the MRI revealed no serious issues. Still, the A’s don’t really have a backup shortstop on the roster, so maybe they’ll add a utility type.

• Rays catcher. They’ve somehow held it together despite having nine pitchers on the IL. They might have enough depth on the mound, but maybe they’ll look to upgrade behind the plate. Mike Zunino is currently on the IL and Rays catchers are hitting .168/.258/.346. Suzuki might be a fit here.

• Yankees rotation. Things suddenly looked a little bleak after that doubleheader sweep at the hands of the Mets on Friday, but the Yankees rebounded with three wins a row, including strong starts from J.A. Happ on Saturday and rookie Deivi Garcia in his major league debut on Sunday (one unearned run, six K’s, no walks in six innings). With James Paxton‘s health a concern, they’re trying to figure out the rotation behind Gerrit Cole and Masahiro Tanaka.

• Blue Jays third base. The Jays seem to be interested in not just sneaking into the playoffs but hoping to do some damage, hence the Walker trade. They’re last in the majors in OPS at third base. Seattle’s Kyle Seager would be a fit, although he comes with a big 2021 salary. Maybe Cabrera from the Nationals.

• Rockies first base. They’re 27th in OPS, even with the Coors Field effect. Daniel Murphy started off hot but has cooled way off. Moreland would have been a nice addition, but there aren’t really any other good options here.

• Reds center field. Cincinnati had all sorts of outfield options — and now they are scrambling. Their center fielders — mostly Nick Senzel and Shogo Akiyama — are hitting .183/.268/.294. Boston’s Jackie Bradley Jr. or Kevin Pillar might work.