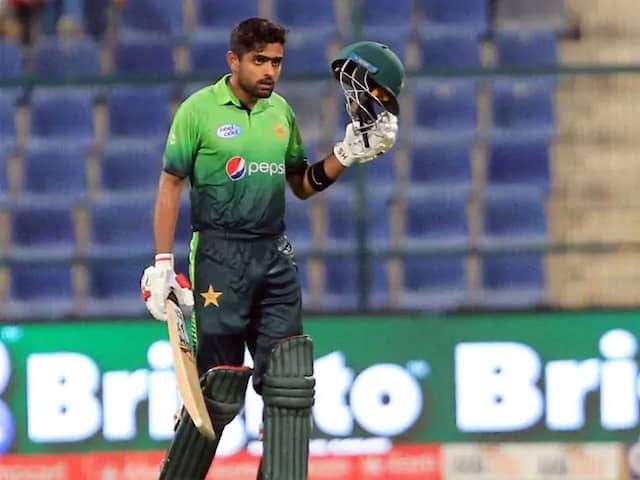 Babar Azam is the No.1-ranked T20I batsman in the world.© AFP


Former Pakistan speedster Shoaib Akhtar called out the “insecurity” of current limited-overs captain Babar Azam, calling him “a lost cow” who is out there “not knowing what to do”. Shoaib called Azam an insecure captain and called on the Pakistan management to give the captain the “liberty” he needs. “If we don’t give Babar Azam the liberty (as captain) it will remain a case of a bio insecure bubble (for him),” Shoaib said in Urdu in a video on his YouTube channel. “Every member of the team is insecure. He (Azam) isn’t even sure if he wants to stay on as captain,” Shoaib added.

Pakistan lost the second T20I against England in Manchester on Sunday despite putting up a challenging total of 195 as Eoin Morgan (66) and Dawid Malan (54*) struck quickfire fifties after Jonny Bairstow and Tom Banton got the hosts a good start and helped England reach the target with five balls to spare.

“Babar Azam looks like a lost cow to me. He is out there not knowing what to do,” Shoaib said. “He should make his own decisions and accept victories and defeats as they come so that he learns on the job and becomes a better captain for the future.”

Azam struck 56 off 44 balls and helped Pakistan reach a competitive total but his innings was overshadowed by the 39-year-old Mohammad Hafeez who smashed 69 off just 36 balls to give Pakistan a much-needed push towards the death.

“Babar needs to understand that chances are coming your way. But it’s not going to happen for the rest of your life. So, capitalise as much as you can,” Shoaib said.

“He plays at a strike-rate of 127 (128.10) but he can accelerate to 135. The way Morgan, Malan and Bairstow play, they look in command at the crease. Our boys look scared,” the former cricketer added.