A former sideline reporter for Real Salt Lake was among 13 current or former employees to detail a toxic, sexist company culture at the Utah soccer organization currently under investigation by both MLS and NWSL for its workplace environment.

“It was definitely the most toxic environment I’ve ever worked in in my entire life,” said Rebecca Cade, who worked as a sideline reporter for RSL for six months through April of 2018.

Last week, both leagues announced they would conduct investigations into the workplace culture at RSL and the Utah Royals after reports in The Athletic and the SBNation site RSLSoapBox.com that detailed racist comments from owner Dell Loy Hansen and alleged a sexist, misogynistic culture within the management ranks of the organization.

ESPN interviewed 13 current or former employees of Hansen’s soccer operation. Two others who had direct knowledge of how RSL operated also spoke. In addition to the racist comments spelled out last week, those interviewed said the misogynistic company culture went beyond Hansen and chief business officer Andrew Carroll.

In response to the allegations, Utah Soccer, the entity that oversees RSL and the Royals, announced that Carroll would be taking a leave of absence, effective immediately. The two will be replaced by John Kimball, a 10-year veteran of RSL under former owner Dave Checketts. Hansen announced last Sunday that he would begin the process of selling his soccer assets, including RSL, the Royals, USL Championship side Real Monarchs, as well as Rio Tinto Stadium, the club’s training facility in Herriman, Utah and the high school attached to RSL’s academy. 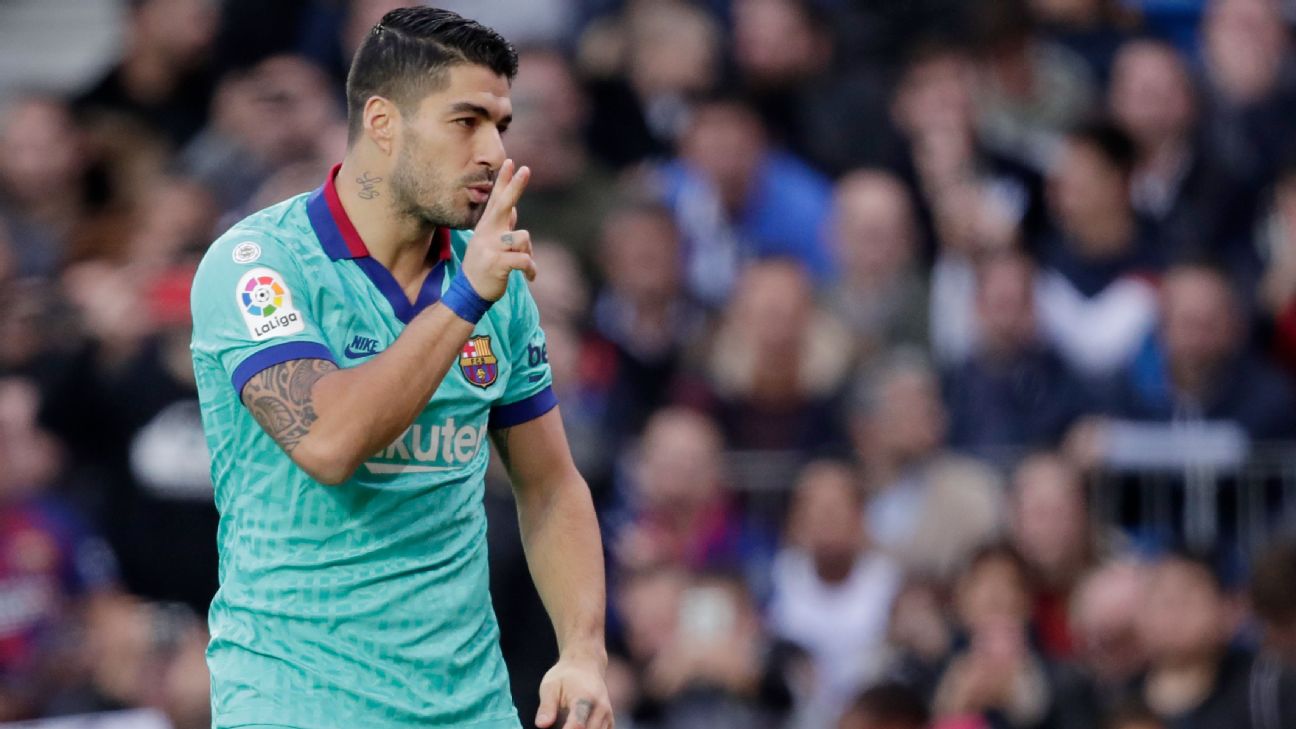 Those interviewed by ESPN say that the behavior included inappropriate comments, derogatory remarks about the appearance of female employees, as well as whether they could perform certain duties, such as sales, as well as men.

Those interviewed also said that the culture led to the departure of numerous staffers over the years.

There were even comments about whether players on the Royals, three of whom were on the USWNT world champion squad, were “pretty enough” to be included in team marketing materials.

The sources said that on multiple occasions, Carroll said he didn’t want to use certain players in marketing materials because they “weren’t pretty enough.”

“We were told, ‘Oh, we need to redo some things because the players aren’t sexy. We need to make the women sexy so we can sell tickets,'” according to one source. “You’ve got World Champions [Kelley O’Hara, Christen Press and Becky Sauerbrunn] playing for this club and you’re gonna sit here and say, ‘Oh, we can’t use them.'” One current employee recalled that Carroll said, “If Kelley O’Hara is your best-looking player, you’ve got problems.”

Another former employee – who like most others interviewed for this story declined to be identified out of fear of retribution – said the sexism dates back to at least 2015. Her employment was terminated after she repeatedly tried to address concerns about her male coworkers. She described the culture as a “boys’ club” where female employees were expected to deal with their own complaints, with an unwritten fear of losing their job.

“It is an organization that is run by bullies, and if you dare stand up for yourself, or know more than them, then you find yourself gone for no other reason than, ‘They can do it,'” she said.

“Major League Soccer takes seriously the recent allegations concerning the culture at Real Salt Lake and the comments and conduct of investor-operator Dell Loy Hansen and Chief Business Officer Andrew Carroll,” MLS said in a statement. “The league retained the New York-based law firm of Sullivan & Cromwell LLP to oversee the investigation, and these matters will be addressed promptly. We are deeply committed to maintaining an environment based on respect and integrity, free of discrimination in any form. Our employees, clubs, players, and fans remain our top priority.”

Hansen first became involved in RSL as a minority investor back in 2009, and acquired full control of the team in January of 2013. And while almost everyone contacted for this story had the share of stories about Hansen, they also pointed to Carroll as someone who contributed to the company culture.

Carroll joined RSL in 2012 as vice president of corporate partnerships after having previously worked for the minor league hockey team the Utah Grizzlies, and its home venue, the Maverik Center. After Hansen acquired full ownership of RSL, Carroll was promoted to chief business officer in August of 2015. Since becoming CBO, Carroll reported directly to Hansen.

One source said that in October of 2016, Carroll insisted that one woman who was interviewed for a job in sponsorships be hired because he “wanted something good to look at.” This was done over the objections of the individual who would end up being the woman’s manager.

“She was not [the manager’s] first or even second choice,” the source said.

Multiple sources stated that soon after the woman was hired, she and Carroll were discovered by security at Rio Tinto Stadium allegedly engaging in sexual activity in a parked car. The incident was brought to Hansen’s attention, who gave both Carroll and the female employee a warning.

Multiple sources said the company’s Human Resources department was not viewed as a place where workers could go to air complaints or concerns.

One former employee said, “HR was there merely to protect [Hansen] and his male counterparts. You don’t complain at RSL. You were expected to be happy to have a job.”

One employee said they went to HR to complain specifically about Carroll, but that the response was always, “We’re working with him.”

There were other stories of sexist behavior on the part of Carroll.

Cade recalled how she was called into a meeting with Carroll early in 2018 and told to dress “more frumpy, baggy clothing” so as to not be a “distraction” to the players at practice. In a separate meeting she was told to stop smiling or laughing at practice so as not to distract players.

A co-worker later told Cade that Carroll had made derogatory comments about her body. When the co-worker was asked by ESPN if Carroll had engaged in this behavior, the employee responded, “Which time?” indicating that the behavior was routine.

One former employee detailed how Carroll, in explaining why they weren’t a fit to work in sales, said that “Women can’t sell.”

Two other sources recalled how in a group meeting with Human Resources, one female intern asked whether she should report objectionable language to HR.

The HR representative said yes, only for a male executive to interject, “Honey, if you don’t like it, don’t work in sports,” and “This is just how it is.”

The sources said Hansen also created a sexist environment through inappropriate remarks, including one occasion where he called one female employee a lesbian because she had been divorced from her ex-husband for a number of years.

Other sources said that Hansen could be flirtatious or even “handsy” with female employees.

“Dell Loy like blondes. If you were blonde, you were golden,” said one former employee.

Another source said that Hansen told her “he was going to collect me like a coin.” (Hansen is a coin collector who once paid $1.3m for a rare dime.)

Another source recounted a time when Hansen was out shoe shopping and became so enamored with the woman selling him the shoes that he hired her on the spot.

“She comes in and he puts her in a high level executive role, and she had no experience. She just looked really pretty,” one former female staffer said. “That is how Dell Loy ran. It was just too much. It was not a place for me.”

The sources said Hansen made female employees uncomfortable. At a 2016 holiday party, one employee, who had been trained as an opera singer earlier in her life, sang a song. Afterwards, Hansen asked “all the blondes” to get on stage and sing for those in attendance.

One of the women resisted, but Hansen insisted. She eventually relented and got up on stage.

“It was so mortifying to watch my coworkers do that,” said one former employee, who admitted she dyed her hair black so as to deflect much attention from Hansen. “It’s just insane.”

While there are provisions in the MLS constitution to force a sale of Hansen’s RSL assets, a source with knowledge of the situation said that Hansen arrived at his decision to sell on his own. But the people interviewed for this story claimed that more organizational surgery is needed.

One source told ESPN that Carroll had begun cleaning out his office.

“In order for Real Salt Lake to become the great organization that it was, it needs to have a total cleansing,” said one source. “Because the atmosphere, the culture is not going to change by just getting rid of Dell Loy or by selling to another organization.”

ESPN has reached out to the legal counsel of both Hansen and Carroll for comment.