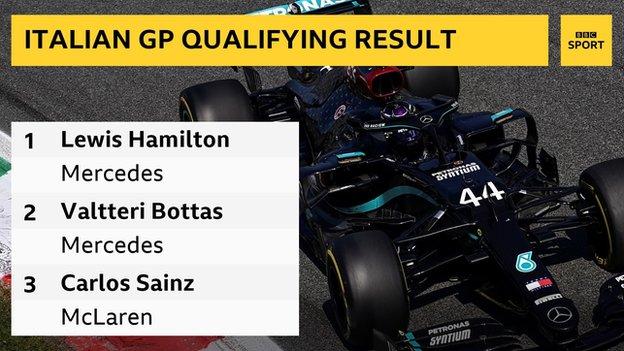 Hamilton’s margin of 0.069 seconds was his sixth pole in eight races and puts him in the best place to score his 90th Grand Prix victory on Sunday.

It was the fastest qualifying lap in Formula 1 history, at 164.286mph, and Hamilton’s 94th pole position.

The five biggest questions surrounding the drama-filled Brooklyn Nets
Can Martinez stop Haaland from scoring again?
‘This is how I want my career to end’: In magical final season, one last playoff push for Albert Pujols
Alex Albon: Williams driver says ‘you need to be a fighter to be a driver’
LIV Golf forms strategic alliance with MENA Tour