In this edition, there’s the latest news on Mason Greenwood and Phil Foden’s misdemeanour on England duty. Plus: Arsenal are pushing to sign Lyon’s Houssem Aouar.

Gareth Southgate will hold one-on-one talks with Mason Greenwood and Phil Foden over their meeting with women in a hotel room while on international duty and the English Football Association will back the England boss as he is minded to drop both players for next month’s international matches against Wales, Belgium and Denmark. No decision has been taken with Southgate desperate not to rush to judgement, but sources said he is extremely let down by both players.

Sources told ESPN that Southgate became increasingly exasperated as he learned more about the youngsters breaching quarantine rules in Iceland by inviting two women to the team hotel last weekend. He labelled the incident “a sideshow” contributing to the “mayhem” of the latest camp, subsequently admitting it led to an overtly cautious team selection against Denmark in an attempt to avoid further scrutiny on the squad.

– Olley: The problem with England
– The Premier League is back! Preview for big season ahead
– New season, new look: All 20 Premier League kits rated

Foden, 20, and Greeenwood, 18, made their international debuts in the 1-0 UEFA Nations League win in Reykjavik and met the women in a different part of the team hotel outside the bio-secure bubble. 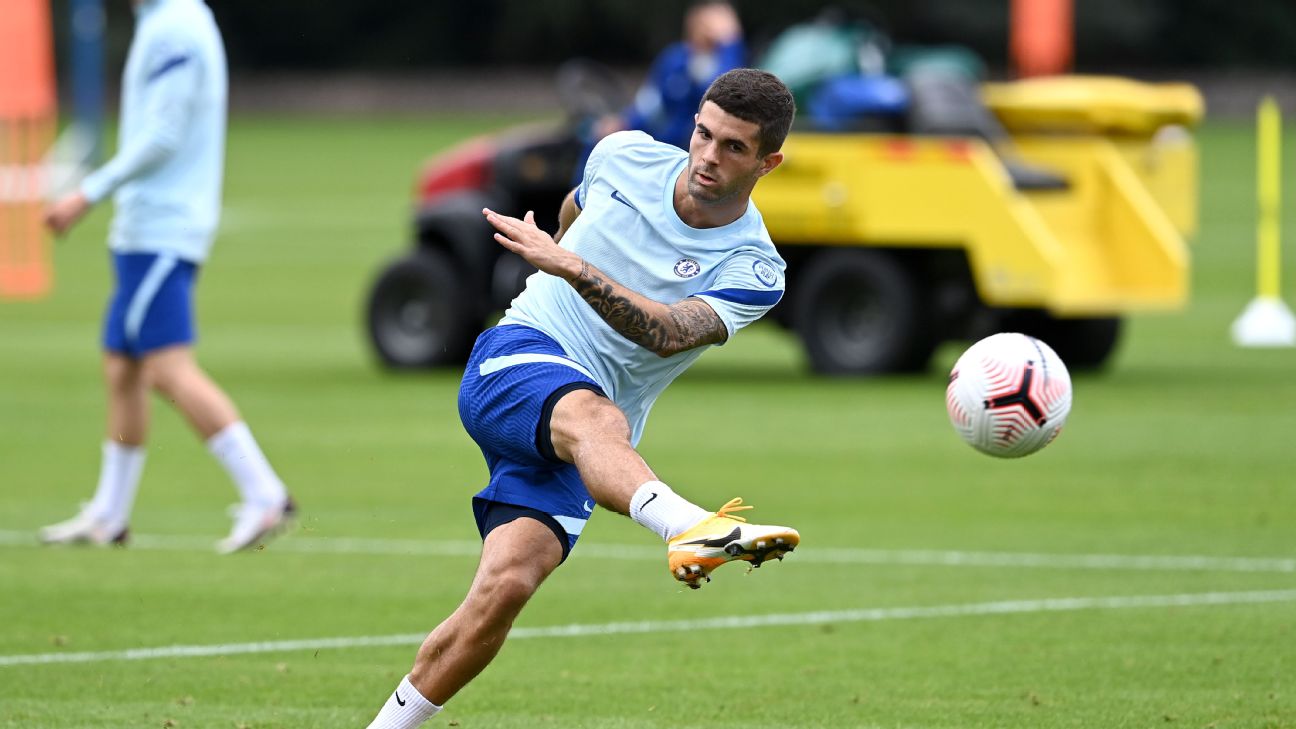 Southgate is usually so considered in his media duties but speaking after England’s drab 0-0 draw against Denmark in Copenhagen on Tuesday evening, the 50-year-old appeared to be wearing the effects of a trying international period in expressing his disappointment at Foden and Greenwood’s behaviour.

Senior figures at the FA are said to view the situation as a poor reflection on Foden and Greenwood, not Southgate. The England boss faced questions from the media after the draw with Denmark on whether he had control over his players but the FA believe the correct protocols were in place regarding general behaviour and COVID-19 compliance.

Southgate has fostered a spirit of togetherness and professionalism in the camp and this latest incident is viewed internally as a sign of immaturity in two promising young players rather than a sign of any wider lack of discipline. However, it has been a trying international break for the England boss as the latest camp was overshadowed by off-field issues from the start. Within hours of Southgate announcing the inclusion of Harry Maguire in his squad, the Manchester United defender was handed a 21-month and 10 day suspended prison sentence for a series of offences while on holiday in Mykonos. Maguire, who continues to protest his innocence, was dropped later in the day. — James Olley

Houssem Aouar remains Arsenal‘s No.1 target for the rest of the transfer window, with first-team manager Mikel Arteta eager to build his side around the Lyon midfielder, sources told ESPN.

Arteta views France Under-21 international Aouar as a pillar of the 4-3-3 formation he eventually wants to employ. Sources said Arsenal remain front-runners for Aouar’s signature, but they do not have the €60 million required to land him and would have to fund that through sales. Alexandre Lacazette is expected to seek clarification over his role in the Arsenal team amid growing speculation the club will allow him to leave for around £40m this summer, sources told ESPN.

Arsenal are the only club so far to show a strong interest in Aouar, with Manchester City and Juventus focusing on other areas of their respective squad rebuilds. Arsenal technical director Edu is good friends with Juninho, his counterpart at Lyon, and the pair speak regularly.

Matteo Guendouzi came up as a prospective makeweight in a deal when the pair discussed Aouar earlier this summer, sources told ESPN, but Lyon dismissed the option as the Arsenal midfielder is not the type of player the Ligue 1 side want.

Aouar, 22, is eager to leave Lyon and sources told ESPN the next two weeks will be decisive to his future. — Julien Laurens

… while Guendouzi is pushed to the Arsenal exit door

Arsenal are actively looking for a buyer for midfielder Guendouzi on the eve of the new Premier League season, with Sevilla and Paris Saint-Germain the latest to show an interest, sources told ESPN.

Guendouzi has turned down approaches from Valencia and Atalanta as well as from his old boss Unai Emery at Villarreal, sources told ESPN.

Sevilla sporting director, Monchi, is a big fan of Guendouzi although faces competition from counterpart Leonardo at PSG, with the Ligue 1 champions plotting a potential return for a player who started his career in their youth academy.

PSG do not want to pay Arsenal’s £35m valuation of Guendouzi but could offer Julian Draxler or Idrissa Gueye in a player-plus-cash deal if they push forward on their interest. — Julian Laurens

ESPN FC’s Colin Udoh delves into where the Gunners stand in their pursuit of Thomas Partey.

Atletico’s “no” to Rakitic, Suarez

Atletico Madrid were offered Ivan Rakitic and Luis Suarez from Barcelona in the transfer window, sources told ESPN, but the club’s business is on hold unless buyers come forward for their key assets.

Rakitic, who has rejoined former club Sevilla, is one of the first players to exit amid the chaos surrounding Barcelona, with Suarez also expected to move on. The club face a summer overhaul as they look to rejuvenate after seeing Real Madrid win La Liga, Bayern Munich humiliate them in the Champions League and Lionel Messi‘s shock quit threat.

Rakitic and Suarez were offered to Atletico but on both occasions, the answer was a reluctant “no” because the club need to raise funds through sales. Rodrigo Moreno, who signed for Leeds, and Dani Parejo, who joined Villarreal in a cut-price deal, were also passed on despite Atleti coach Diego Simeone being a fan of both players. Talks have been held for Edinson Cavani and despite being positive, with the player making it known Atleti would be his first choice, the club realise they can’t meet his wage demands.

Espanyol’s exciting young midfielder Marc Roca has been identified as a replacement for Thomas Partey, who continues to be linked away but no bids have come in for a player who has a €50m release clause. Atleti have struggled to agree a fee for Roca despite him being available for just €15m — half the price that Espanyol quoted for the player last summer when Bayern Munich showed interest.

As it stands, Atleti believe Partey will stay at the club because no-one seems ready to pay his release clause in a COVID-19 affected window. — David Cartlidge

Steve Nicol says Lionel Messi did everything perfectly in announcing his return to Barcelona.

Las Palmas president Miguel Angel Ramirez has revealed that he has private detectives monitoring the movements of his players.

The Spanish second division club terminated the contract of Spanish midfielder Tana on Sept. 3 for disciplinary reasons. Ramirez has now spoken about the club’s unanimous decision to part company with Tana, a player that was promoted to the first team in 2013.

“In five months, he had committed five serious offences,” Ramirez told Cadena Cope. “Instead of going home to recover from an injury, he went on a boat without any safety measures while we were playing in Vallecas. He then told us that he was not injured.

“We have a service of private detectives. The players know this. This service is not to hunt them down. It’s only to have certain guarantees. Many clubs in Spain have people monitoring what their players are doing. There are players that have a special contract because of their past.”

Tana, 29, who joined Las Palmas at the age of 8, said this week he intends to take action to clear his name and “for the truth to come out.” — Adriana Garcia

The FC guys don’t hold back when weighing in on Manchester United’s new Zebra-esque third kit.

Manchester United’s startling new third kit — a white-and-black nod to so-called dazzle camouflage — has created a stir on social media, with many supporters complaining that designers Adidas have broken new ground in terms of abandoning tradition in favour of causing a stir.

– The Toe Poke: United’s new kit must be seen

According to Adidas, their design team “re-drew, hacked and re-imagined combined elements from various jerseys throughout the club’s long history to create a bold new pattern,’ adding “the result is surprising, unexpected and demonstrates a continued ambition to push the boundaries of shirt design.”

But while the kit has pushed the boundaries, supporters and players can thank UEFA for bringing some semblance of common sense to what the strip will look like when Ole Gunnar Solskjaer’s players wear it in the season ahead.

Due to rules about playing strips, clubs must wear solid colour shorts and socks, so United will play in white shorts and white socks when wearing the third kit, in all competitions, rather than the black-and-white zebra-style shorts and socks available to supporters. But the controversial shirt will be worn as it is seen on the publicity images.

The camouflage kit brings back memories of United’s infamous grey shirt fiasco in 1996, when Sir Alex Ferguson ordered his players to change their all-grey kit at half-time during a defeat at Southampton because, according to the manager, they could not see each other properly due to the colour of their shirts. — Mark Ogden

ESPN FC’s Gab Marcotti explains what Barcelona must do first in order to bring in summer signings.

Manchester United would be given priority to re-sign Memphis Depay from Lyon if Barcelona launch a bid for the Dutch winger, sources told ESPN.

United inserted the clause in the deal when Depay left for Lyon in January 2017. It means that if Barcelona, who have been linked with the 26-year-old, submit a bid, the club will be informed and Solskjaer would be given the option to match the offer. United have a similar clause in Adnan Januzaj‘s contract at Real Sociedad.

Solskjaer is keen to sign a forward before the transfer deadline but the focus has been on bringing in Borussia Dortmund winger Jadon Sancho. Barcelona have been linked with Depay, who has scored 57 goals in 139 games for Lyon, as they look to rebuild under new coach Ronald Koeman but any hopes of a deal will rely on United passing up their option.

Depay scored seven times in 53 games at Old Trafford after arriving from PSV Eindhoven in for £25 million in 2015. — Rob Dawson