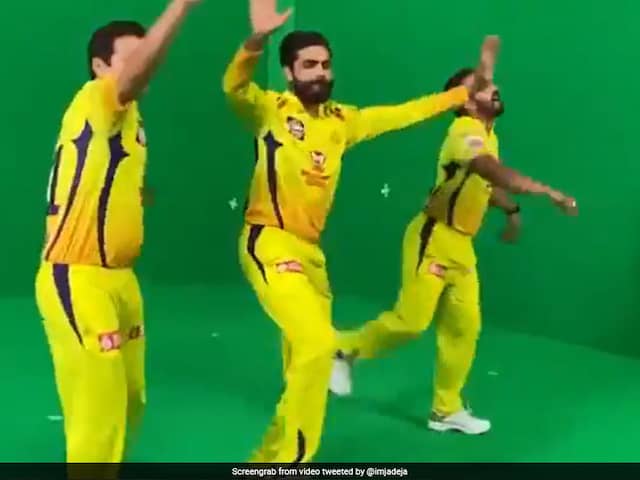 Ravindra Jadeja, Piyush Chawla, Kedar Jadhav showed some of their dance moves in the video© Twitter


With the Indian Premier League (IPL) set to begin on September 19, Ravindra Jadeja took to Twitter to share a cheerful dance video with Chennai Super Kings (CSK) teammates Piyush Chawla and Kedar Jadhav. Reassuring fans that everything is back to normal within the CSK camp, Jadeja posted captioned the video as, “Some hidden skills from my teammates #funatshoot #csk”. CSK also shared a photo from the shoot earlier on Twitter. In the video, the trio can be seen dancing amidst giggles and laughter.

Jadeja, Jadhav and Chawla could be important assets for CSK for this season. Jadeja is considered to be one of the best all-rounders in the world, and can change matches single-handedly either with bat or ball.

Meanwhile, Jadhav is also an all-rounder, but bulk of his work will come through his ability to bat.

Chawla will also be a crucial spinner in his side’s bowling unit.

Lately, the MS Dhoni-led team has been battling controversies since its arrival in United Arab Emirates (UAE).

The team was marred with positive coronavirus cases, which delayed its training.

Also, veterans Suresh Raina and Harbhajan Singh pulled out due to personal reasons.

IPL 2020 has been shifted to UAE due to the rising COVID-19 cases in India. CSK begin their campaign in the season opener, when they will face defending champions Mumbai Indians.