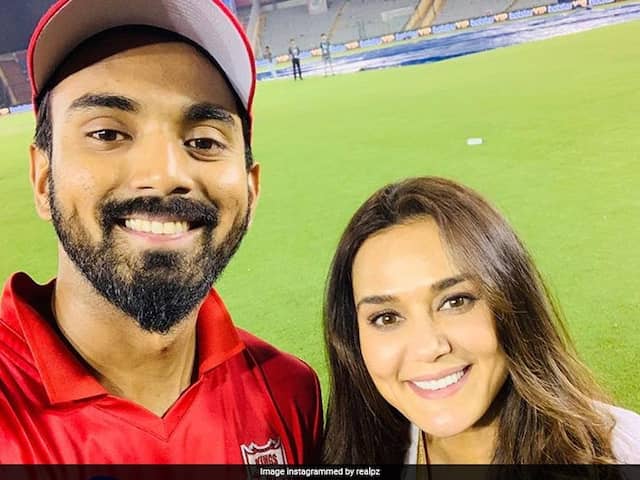 
Kings XI Punjab owner Preity Zinta is in the UAE ahead of this year’s season of the Indian Premier League (IPL). The Bollywood actor on Tuesday sent a special message for her team while she quarantines before joining up with the squad. “Preity woman da special message for #SaddaSquad,” KXIP captioned the video. “Hi everyone in sadda squad, I just want to say you guys are looking fantastic,” Preity Zinta said in the video. “I have been following you on social media and seeing how hard you guys are training.”

“I’m really excited to finish this quarantine and come to the bubble, so see you then,” she adds.

The KXIP players have been busy preparing for the 13th edition of the cash rich league.

This year, they will be led by India batsman KL Rahul, who will be captaining a franchise for the first time.

In fact, they have revamped their management completely in their quest for a maiden IPL trophy.

Apart from KL Rahul being made captain after Ravichandran Ashin’s move to Delhi Capitals, former India spin legend Anil Kumble has been roped in as the head coach.

With Chris Gayle, Nicholas Pooran and Glenn Maxwell adding to the likes of Rahul, Mayank Agarwal and Karun Nair, KXIP boast of a powerful batting lineup, while they have a bowling attack consisting of the likes of Mohammed Shami, Sheldon Cottrell and Mujeeb-ur-Rehman.

KXIP will play their first match of the season on September 20, when they take on Delhi Capitals in Dubai.