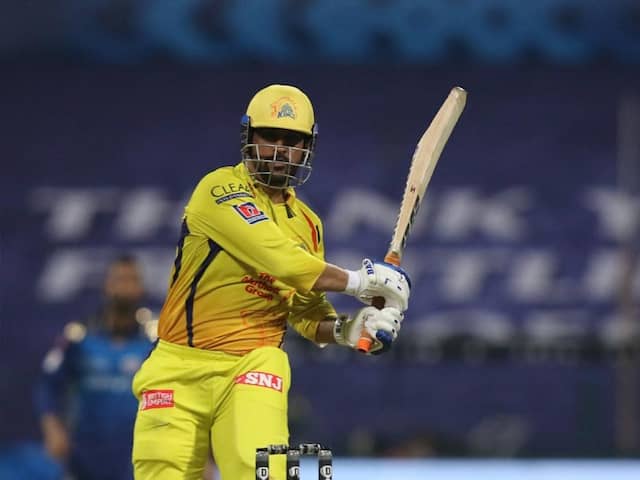 
Chennai Super Kings skipper MS Dhoni, playing his first competitive game since July 2019, returned to the winning ways as his side defeated defending champions Mumbai Indians by five wickets in the opening match of IPL 2020. After his team’s comfortable win, Dhoni said that they had plenty of positives to take out from the game, while also adding that the match made them realise the areas they need to improve in order to do well in the tournament. Speaking at the post-match presentation, Dhoni also reflected on the learnings from the game.

“It doesn’t feel like a post match presentation. We may practice enough but when you go on the field you need to assess the conditions and give it your best. It took us time for the bowlers to find the right length on this pitch. Plenty of positives but still plenty of areas for us to improve. In the second half there is a bit of movement till the dew sets in. If you don’t lose wickets early, you have the upper hand. These are the learnings,” Dhoni said after the match.

Ambati Rayudu and Faf du Plessis bailed CSK out of trouble with their 115-run stand and laid the foundation for the victory and Dhoni was full of praise for the two experienced players.

“Rayudu had a wonderful partnership with Faf. Most of us are retired so luckily no injuries as well. The experience pays off, everyone talks about it. You get it only after you play a lot of games,” he said.

CSK will now travel to Sharjah for their second league match against Rajasthan Royals at the Sharjah Cricket Stadium on September 22.