For the first time in nearly a decade, the UFC’s light heavyweight division is about to have a new king. Both Dominick Reyes and Jan Blachowicz have earned this moment — their places at center stage under the spotlight, each poised to launch his era as champion — and yet it is going to be surreal to watch one of them walk out of the Octagon late Saturday night as The Man in one of the UFC’s glamour divisions. That’s because the UFC 253 co-main event will be missing the towering presence that made the 205-pound division a glamour division.

Jon Jones has been the steely-eyed face of the light heavyweight class ever since March 19, 2011, when he won the championship as a 23-year-old MMA wunderkind. Ever since he smashed Mauricio “Shogun” Rua that night to become the youngest ever to wear UFC gold, Jones is unbeaten in 14 bouts, including a record 11 defenses of the title — five of them against one-time champions.

Even when Jones’ misdeeds outside the cage resulted in his being stripped of his title multiple times, the overarching narrative remained that the only person who could stop Jon Jones was Jon Jones. In winning every time he fights, and doing so with panache, Jones has continually fortified the claims of many that he is the greatest ever in all of MMA.

The UFC returns to “Fight Island” with UFC 253, which is scheduled to feature two championship bouts. In the main event, Israel Adesanya will defend his middleweight title against Paulo Costa. Also, Dominick Reyes and Jan Blachowicz will fight for the vacant light heavyweight championship.

Do you remember the day when the UFC was taken over by a hero?

It happened the day of Jones’ shockingly dominant dethroning of Rua. The Brazilian fighter had a reputation as an intimidating aggressor, coming off knockouts of reigning champion Lyoto Machida and, before him, ex-champ Chuck Liddell. And yet for Jones, stepping into a cage with “Shogun” staring across at him was only the second-scariest task he took on that day.

Early in the morning of UFC 128, as was their custom on fight days, Jones and his coaches had left their hotel in Newark, New Jersey, and gone looking for a place in nature for meditation. They ended up at a park with a waterfall in nearby Paterson, but what they discovered there was not serenity. They stumbled upon a crime in progress, and Jones ended up chasing down a man who had just robbed an elderly couple, tackling him and holding him on the ground until police arrived.

Hours before his historic bid to become a championship fighter, Jones had become a crime fighter.

The “Jonny Bones” legend only grew from there, although many of the stories that followed were considerably less positive. His creativity and calm command amid the hurly-burly of a fight knew no bounds, and we were no less transfixed by his flawed behavior outside the cage than we were what he did inside the Octagon. Through highlight after highlight and the lowest of the lows, Jones has always kept us wide-eyed in wonderment as we tried to keep up with whatever spectacle he would put us through next.

Reyes and Blachowicz will embrace that challenge when they meet this weekend for the light heavyweight championship that Jones vacated last month to move to heavyweight. It’s tempting to take an Octagon-half-empty view of this title fight, which will help kick off the UFC’s second “Fight Island” run at Flash Forum in Abu Dhabi, United Arab Emirates. But it would be shortsighted to allow the absence of Jones to fully overshadow this tantalizing matchup of two fighters on a roll.

Reyes is 12-1, his only loss coming in his most recent fight. That was a challenge of Jones’ in February that went the distance and had many observers — but not the three sitting cageside with scorecards — thinking Reyes won. Undaunted by seeing the belt handed back to Jones that night, the 30-year-old Californian told ESPN, “I’m the uncrowned king right now.”

The coronation comes this weekend, but it might or might not be Reyes’. Blachowicz has had a regal run of late, too, winning his past three fights and seven of his past eight. And yet to characterize the 37-year-old from Poland as a success story would be to spin only half of the tale. As much as anything, Blachowicz is a testament to perseverance. He has had 34 career fights and has been in the UFC since 2014. He lost 4 of 5 inside the Octagon at one point. But that past seems far, far away, and Blachowicz is now right where he belongs.

Saturday night is going to be the end of an era, and perhaps the beginning of a new one. Something lost and something gained.

What is lost with the absence of Jones? Stability. What is gained by his departure? Stability.

The stability lost is the steadying knowledge that there was a North Star in the light heavyweight universe. Everything revolved around Jones. Even when his run-ins with law enforcement and athletic commissions resulted in his championship being stripped away — it happened a record three times — Jones remained The Man.

Of course, the 205-pound division will not miss being weighed down by Jones’ chronic misdeeds. No one knows whether Reyes or Blachowicz will be a good citizen at the top of the mountain, but for now, there’s a clean slate up there. And there is breath-of-fresh-air stability in that.

That will boost the new champion only so far, though, in the eyes of the fans. Over the past nine years, Jones has been a must-see performer, and the UFC has capitalized on this by making him a pay-per-view headliner every time he competes. Reyes and Blachowicz, between them, have been in only one PPV main event — and that was Reyes’ fight with Jones in February, with the challenger the clear B-side. Can either Reyes or Blachowicz evolve into a star around whom the UFC will build its biggest events?

Whichever man wins the championship on Saturday, he will not have the benefit of the traditional head start for a title reign — the big splash that comes with having knocked a high-profile belt holder off his pedestal. Reyes might be fueled by the sentiment among many fans that he got the better of Jones seven months ago, but moral victories do not carry the gravitas of an “And new …!” moment experienced under the bright lights while standing right next to the deposed monarch. 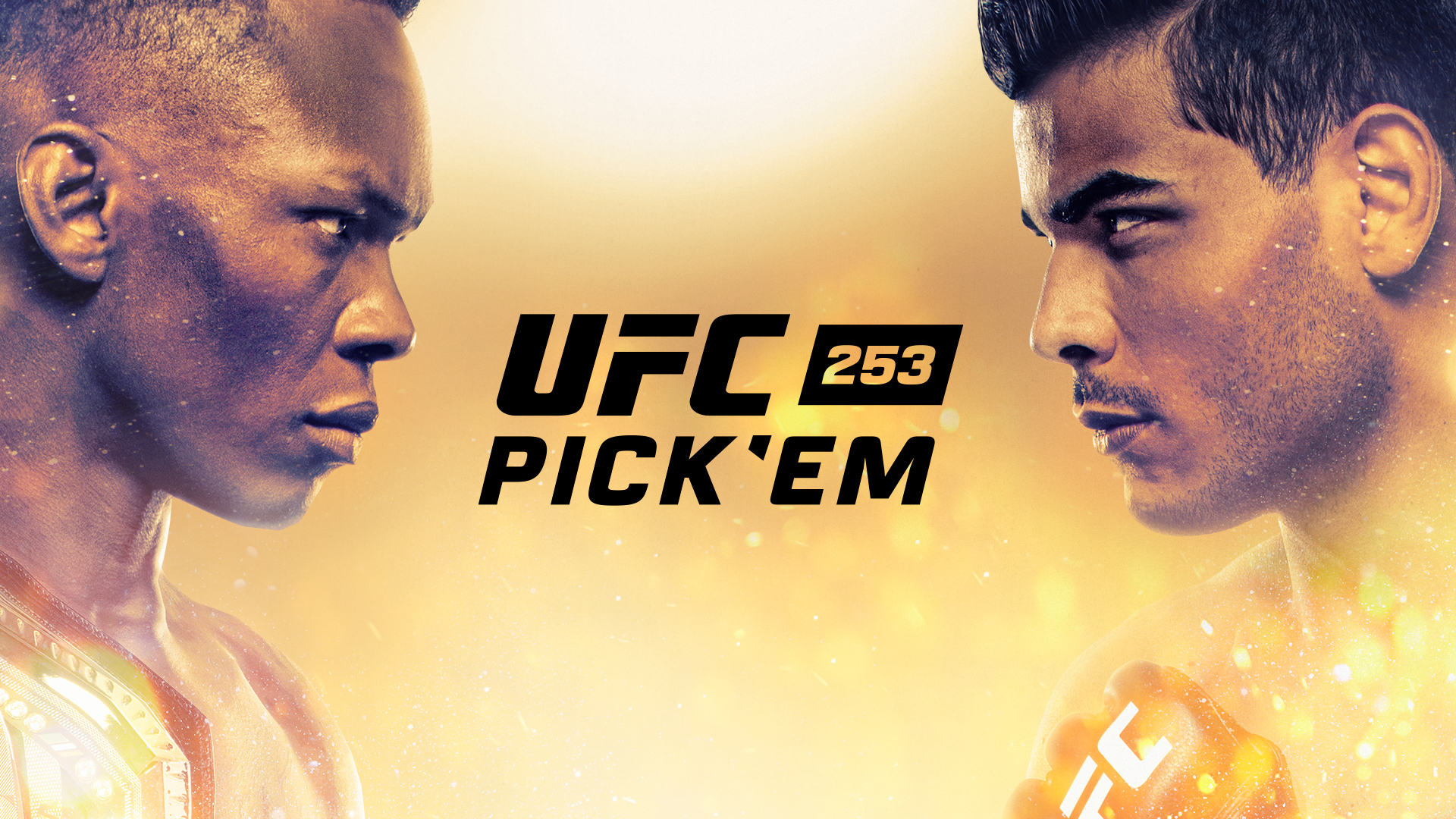 In 2013, Chris Weidman got quite the bump in status when he slayed the unconquerable Anderson Silva. Henry Cejudo became a leading man in the MMA narrative only on the night in 2018 when he ended the everlasting reign of Demetrious Johnson. And would Conor McGregor be the superstar he is if he hadn’t had his moment — his 13-second moment — against Jose Aldo in 2015?

By contrast, consider the career of Johny Hendricks. In 2013, he put Georges St-Pierre through such a brutal title challenge that, even though GSP got his hand raised, the welterweight champ walked away from the sport immediately afterward. Hendricks won the vacant title in his next bout but lost it in his first defense. And from there, Hendricks’ career faded away on a feeble run of five losses in six fights.

That need not be the fate of Reyes or Blachowicz. Both men will step into the Octagon on Saturday night riding hard-won momentum and high hopes. And the man who walks out with the belt will also carry forward an empty canvas on which he can splash his own paint. Maybe he’ll be inspired to create a masterpiece. Maybe he’ll just make a mess of things.

Through it all, though, he will be scrutinized for the simple fact that he never got to disperse the shadow lingering over him: the legacy and artistry of Jon Jones.