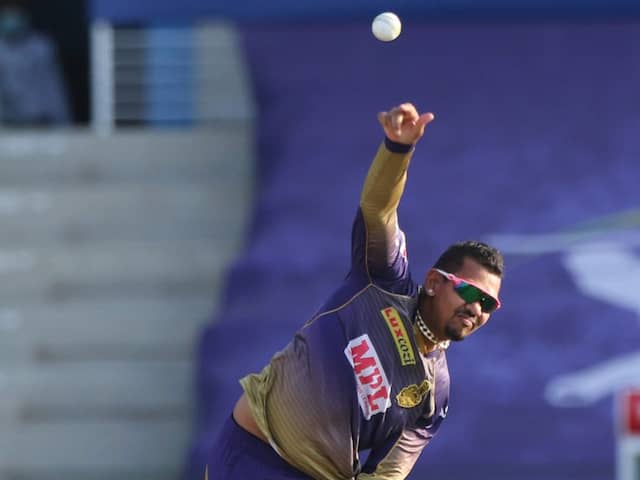 
Kolkata Knight Riders spinner Sunil Narine has been once again reported for chucking during his team’s IPL match against Kings XI Punjab, and one more breach could lead to him being barred from bowling again. “Sunil Narine, the Kolkata Knight Riders player, has been reported for bowling with a Suspected Illegal Bowling Action during his side’s Dream11 Indian Premier League (IPL) 2020 match against Kings XI Punjab at Abu Dhabi,” an IPL media release stated. The report was made by the on-field umpires (Ulhas Gandhe and Chris Gaffaney) according to the IPL’s Suspected Illegal Bowling Action Policy. Narine will be placed on the Warning List and is permitted to continue to bowl in the tournament.

“Another report will result in Mr. Narine being suspended from bowling in the Dream11 IPL 2020 until cleared by the BCCI Suspect Bowling Action Committee,” the release stated.

Narine has been reported multiple times for chucking and at one point wasn’t allowed to bowl after which he sharpened his batting skills.

However, in the last two games, he has been very difficult to pick as Prabhsimran Singh and Nicholas Pooran found out at the death, as he finished with figures of 2 for 28 winning a near impossible match for his team.

How rugby sevens star Sharni Williams discovered her pride, and her hopes for the future
Tsitsipas preps for Wimbledon with 1st grass title
Can Lance Leipold do at Kansas what Bill Snyder did at Kansas State?
Sources: Blazers get Grant from Pistons for pick
Jesse ‘Bam’ Rodriguez shines, stops Srisaket Sor Rungvisai in Round 8