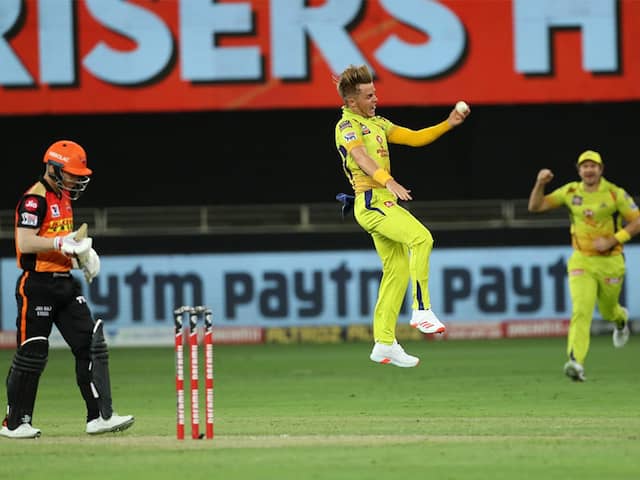 IPL Points Table: Chennai Super Kings moved up to sixth in the table with six points in eight games.© BCCI/IPL


Chennai Super Kings ended their two-game losing streat to beat SunRisers Hyderabad with a convincing all-round performance. The win sees them move above Rajasthan Royals to the sixth position in the Indian Premier League 2020 points table, with only an inferior net run rate keeping them below David Warner’s side. CSK and SRH are the only teams to have now played eight games, as the tournament entered its second half, and are tied at six points each. Mumbai Indians, Delhi Capitals and Royal Challengers Bangalore stay tied at 10 points on the top, with Kolkata Knight Riders at fourth with eight points, in what has so far been a tightly contested league.

CSK’s Faf du Plessis missed out on an opportunity to trouble bottom-placed Kings XI Punjab’s opening pair of KL Rahul and Mayank Agarwal in the race for the Orange Cap, as he perished for a golden duck.

Warner, who is fourth in the run-scorers’ list, and his opening partner Jonny Bairstow, who is behind him at fifth, also failed to make a move up the order, with the SRH openers losing their wickets for 9 and 23 respectively in Dubai.

T Natarajan moved up to nine wickets for the season, but he stays far off the top wicket-takers, which is still led by Kagiso Rabada, who has 17 scalps from seven games.

He has taken a significant lead over the MI pace duo of Jasprit Bumrah and Trent Boult, who are stil at 11 wickets apiece.