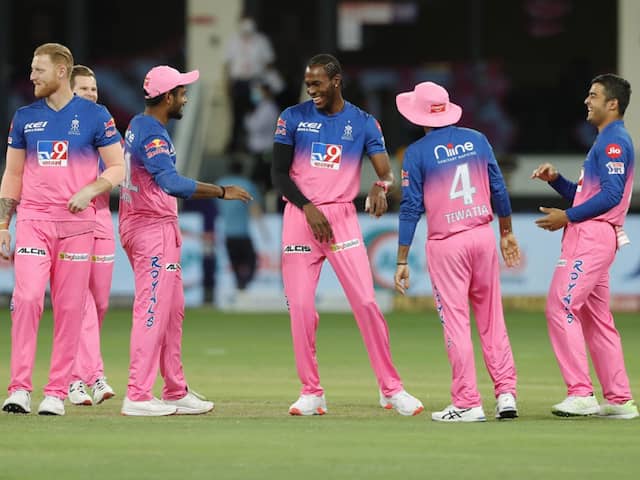 IPL 2020, DC vs RR: Rajasthan Royals had a unique celebration in place on Wednesday evening.© BCCI/IPL


Jofra Archer bowled Prithvi Shaw on the first ball of the Indian Premier League (IPL) 2020 match between Rajasthan Royals and Delhi Capitals in Dubai on Wednesday and immediately broke into the ‘Bihu’ dance along with his Rajasthan teammate Riyan Parag. Parag, a native of Guwahati in Assam, had celebrated Rajasthan’s win over SunRisers Hyderabad on Sunday with the traditional Assamese dance form and the celebration has quickly caught up with his mates as Archer was also seen imitating a few steps in the dugout before the match.

Ball 1 of the match and @JofraArcher was right on target. Gets Prithvi Shaw bowled. Beauty of a start for Rajasthan Royals.

Archer bowled a seam-up delivery at over 140 kmph as the ball moved back in to Shaw before taking the inside edge of the bat and crash into the middle stump.

While Shaw was flabbergasted with his dismissal – a first-ball duck – Archer and the teammates were ecstatic as was seen in the celebrations.

Parag played a remarkable knock of 42 not out of 26 balls and shared an unbroken 85-run partnership with Rahul Tewatia, who scored 45 off 28 and remained unbeaten till the end.

The two chased down SRH’s 158 with one ball to spare and Parag was seen teaching Tewatia a few Bihu moves after the match.

The celebrations aside, Rajasthan find themselves in a sticky situation in IPL 2020 with just six points from seven matches and languish in the seventh position on the points table.

This is Rajasthan’s second clash against Delhi this IPL with Delhi emerging victorious in their first face-off in Sharjah by 46 runs.

Rajasthan won the IPL in its inaugural season in 2008 while Delhi are yet to get their hands on the trophy.