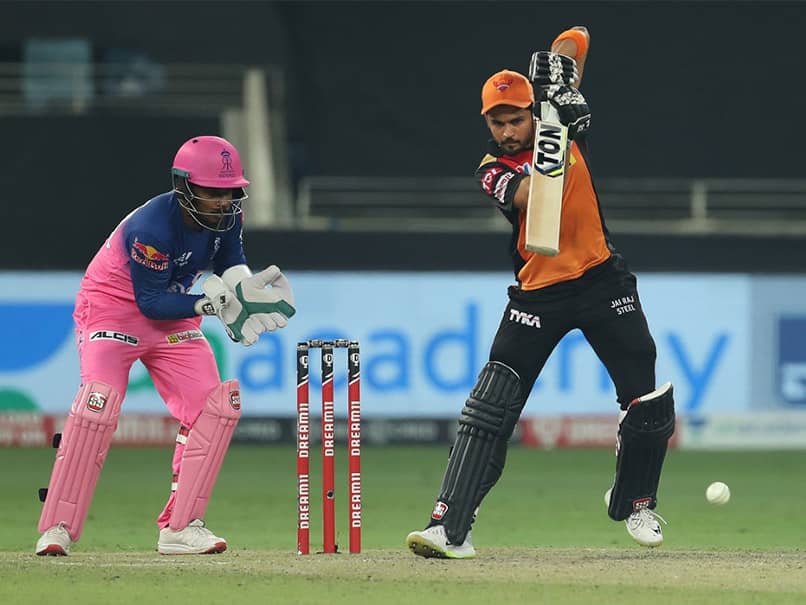 
SunRisers Hyderabad beat Rajasthan Royals by eight wickets to keep their play-off hopes alive in Dubai on Thursday. After a three-wicket haul from Jason Holder in his first match of the season helped SRH restrict the Royals to 154 in their 20 overs, an unbeaten 140-run stand between Manish Pandey and Vijay Shankar saw them chase the target comfortably. The win sees SRH go fifth, with eight points from 10 games, two points behind Kolkata Knight Riders at 4th, who have also played 10 games.

Rajasthan Royals slid down to 7th after the defeat, and with eight points from 11 games, they have to now win all their remaining games and hope other results go their way if they are to make the top four.

Kings XI Punjab are sixth with eight points, but have a lower net run rate than SRH.

In a match where the usual suspects did not fire, the race for the Orange Cap remained largely unaffected.

Among the bowlers, Jofra Archer’s two-wicket haul sees him as one of three players with 15 wickets each.

Kagiso Rabada still leads the race for the Purple Cap, with 21 wickets in 10 games so far.

KXIP pacer Mohammed Shami is behind Rabada at No. 2 with 16 wickets.

Knicks send Kemba to Pistons in 3-team trade
How rugby sevens star Sharni Williams discovered her pride, and her hopes for the future
Serena Williams is out of Wimbledon, but it was an epic, incredible match against Harmony Tan
Tour de France: Bahrain Victorious riders and staff searched days before race
Arch Manning commits to Texas: Analysis and what’s next for Peyton and Eli’s nephew