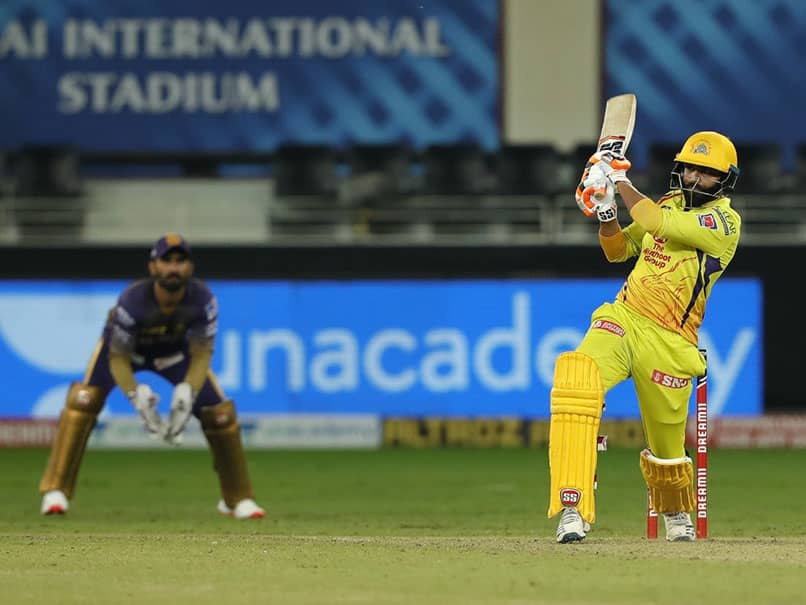 
Chennai Super Kings captain MS Dhoni’s wife Sakshi Singh Dhoni posted a picture of Ravindra Jadeja in her Instagram stories, expressing her marvel at the all-rounder’s ball-striking on Thursday when he hit sixes off the last two balls of the match to help CSK beat Kolkata Knight Riders. “Baap re baap (Oh My God!)” wrote Sakshi on the picture as caption. Jadeja celebrated his team’s victory by pointing to his name at the back of his CSK jersey.

With 10 runs needed off the last over, KKR’s Kamlesh Nagarkoti brought the equation down to seven runs off two balls.

However, the fast bowler missed his lengths on the last two deliveries and Jadeja deposited them into the stands on the leg side to send the CSK dugout into frenzied celebration. 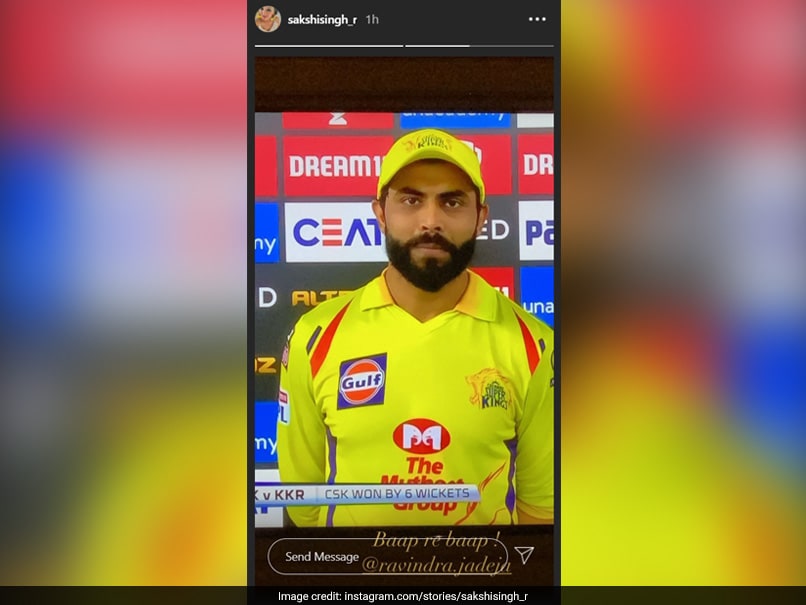 Jadeja finished unbeaten on 31 runs off just 11 balls that also included a six and a four off Lockie Ferguson in the 19th over that brought the equation down form 30 off 12 balls to 10 off six balls.

“I was hitting the ball well in the nets and kept thinking about that and I managed to do that in the match,” said Jadeja after the match.

“We (he and Sam Curran) were talking about going after the bowlers, and in the last 12 balls you don’t think much.

“Just see the ball and hit the ball. I was looking to not lose my shape, and I knew if they bowled in my arc, I could hit a six,” he added.

Curran finished unbeaten on 13 off 14 and added 38 runs with Jadeja for the fifth wicket.

Returning production rankings for all 133 FBS teams
McGregor books UFC return, to be TUF coach
ABC to create committee with 7 retired fighters
Davis Cup: Nagal’s win makes it 1-1 for India
Champ vs. Champ: Why UFC fighters always try to pick on someone bigger