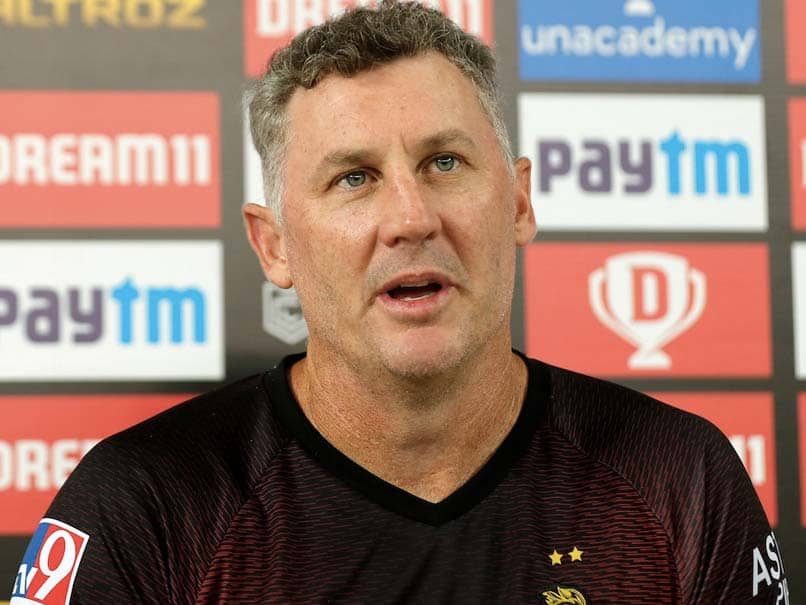 
Despite suffering a defeat against Chennai Super Kings (CSK), Kolkata Knight Riders (KKR) mentor David Hussey said that the team is still breathing and is optimistic that his side can reach the playoffs. CSK defeated KKR by six wickets in the Indian Premier League (IPL) here on Thursday. With CSK winning the match against KKR, Mumbai Indians became the first team to qualify for the playoffs this season. KKR are currently placed on the fifth spot with 12 points. “We have put ourselves in this position by losing games. But we are still breathing in the competition. The next game is against Rajasthan,” Hussey said during the post-match press conference.

“In a few days’ time, we are going to recharge our batteries and come out and play free-flowing cricket. You never know what could happen, results go our way and we can shock few teams in the playoffs,” he added.

CSK chased down the target of 173 with six wickets in hand. Ruturaj Gaikwad played a knock of 72 runs, while in the end, Ravindra Jadeja played a quick inning of 31 runs off just 11 balls to take the side over the line.

Hussey admitted that CSK played well in the match and deserved to win.

“Every defeat is difficult. But full credit to Chennai, they deserve the win. I think they bowled and field well and then they chased the total,” he said.